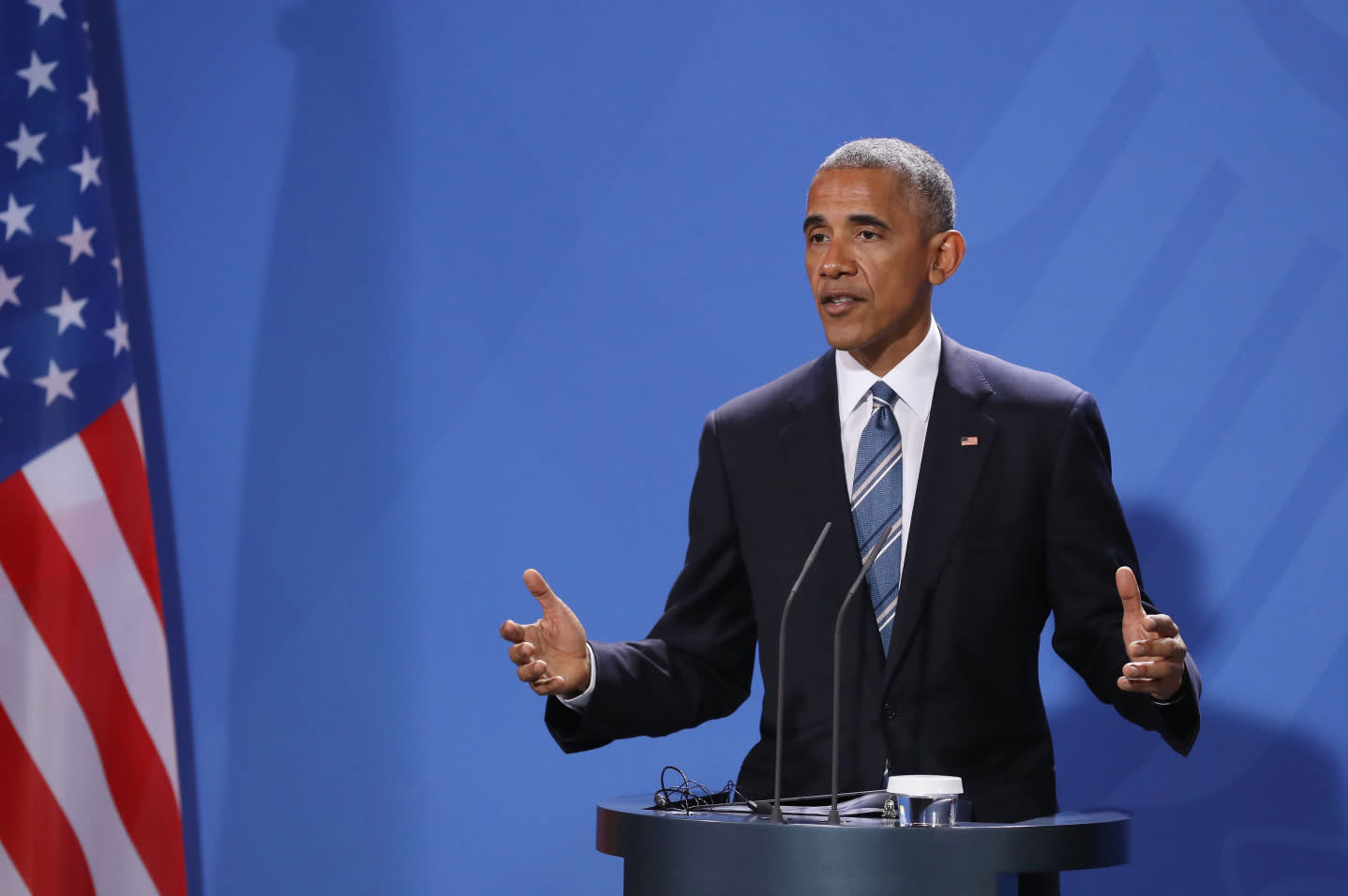 After a meeting with German Chancellor Angela Merkel, President Obama tackled the topic of fake news following a number of reports detailing Facebook activity during the 2016 election. He explained at a time when so many people are getting their news via sound bites on social media, we have to get serious about facts.

"If we can't discriminate between serious arguments and propaganda, then we have problems," Obama explained.

Before speaking on the need to get the facts right "in the age of social media," Obama explained that if 43 percent of eligible voters in the US don't cast a ballot, "democracy is weakened." He went on to say that if people, both conservatives and liberals, are unwilling to participate in the democratic process, democracy will cease to function as it's intended.

"My most important advice is to understand what are the foundations of a healthy democracy and how we have to engage in citizenship continuously, not just when something upsets us," he said. "It's hard work."

The president's statements follow Facebook's continued issues with fake news stories trending on its social network weeks after backlash began. The company has vowed to take care of the problem, but hasn't announced many details on how it plans to do so. Earlier this week, CEO Mark Zuckerberg said that 99 percent of content on the site is authentic. BuzzFeed News reported Wednesday that the amount of fake news soared on Facebook in the days leading up to the election. That report found that 17 of the top 20 hoaxes were openly pro-Trump or anti-Clinton in nature, the most popular of which was the fake news that the Pope endorsed the President-elect.

In this article: culture, democracy, facebook, fakenews, government, internet, news, obama, politics, TL16UGH, twitter
All products recommended by Engadget are selected by our editorial team, independent of our parent company. Some of our stories include affiliate links. If you buy something through one of these links, we may earn an affiliate commission.