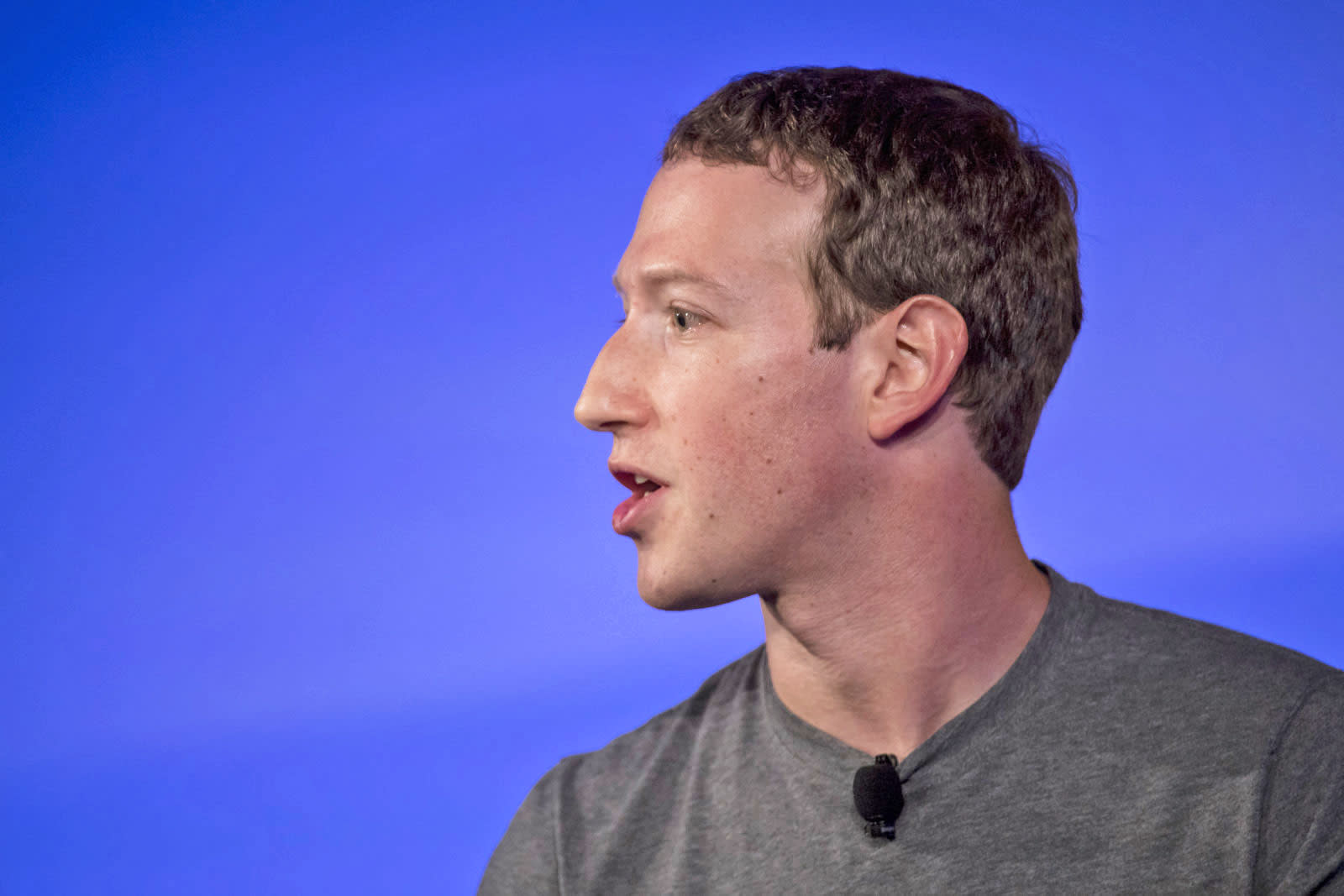 Facebook creator Mark Zuckerberg is clearly riled by allegations that his social network skewed the election by allowing fake news to propagate, and he isn't having any of it. The CEO has posted a defense of Facebook in which he argues that the low volume of bogus news made it "extremely unlikely" that it gave Trump his election win. According to Zuck, "more than 99%" of the Facebook content you see is authentic, and what fake news exists is neither limited to one side of the political spectrum nor always political. This isn't to say that Facebook is unconcerned with hoaxes, the exec says, but it has to tread "very carefully" before it purges anything.

The biggest challenge is simply determining whether or not something is a hoax in the first place. In some cases, a story may get core ideas right but omit important details. In other cases, stories may simply reflect opinions that others don't like, even though they're technically accurate. Recently implemented tools to help report fake news should help, as will future efforts to fight it, but Facebook is leery of becoming an "arbiter of truth" in its own right.

Zuckerberg is naturally eager to defend Facebook's positive roles in the election, such as sparking a surge in voter registration and promoting discussion. "A lot of that dialog may not have happened without Facebook," he says.

The defense comes as word circulates of the company questioning its level of influence. New York Times sources understand that "several" executives asked each other whether or not Facebook played a pivotal role in the election, and there was enough concern that they agreed to tackle staff anxieties at a quarterly all-hands meeting. They also planned a separate chat with the company's policy team. While it's not clear how much uncertainty there is among top brass, rank-and-file staff are worried about the spread of racist memes and a "filter bubble" where you only see posts that agree with your ideology.

The Zuckerberg post has a point in that the company has to be careful, and that there's a risk of overstating the volume of fake news. However, he sidesteps the question of the significance of the hoaxes that get through -- a handful of lies can be very damaging if enough people believe them. University of North Carolina professor Zeynep Tufekci notes that a story falsely claiming that Pope Francis endorsed Trump was shared nearly a million times, for instance. While many of those who read such articles have already made up their minds, it's difficult to believe that no one was swayed.

In this article: culture, election, election2016, facebook, hoax, internet, markzuckerberg, newsfeed, politics, socialnetwork, socialnetworking
All products recommended by Engadget are selected by our editorial team, independent of our parent company. Some of our stories include affiliate links. If you buy something through one of these links, we may earn an affiliate commission.