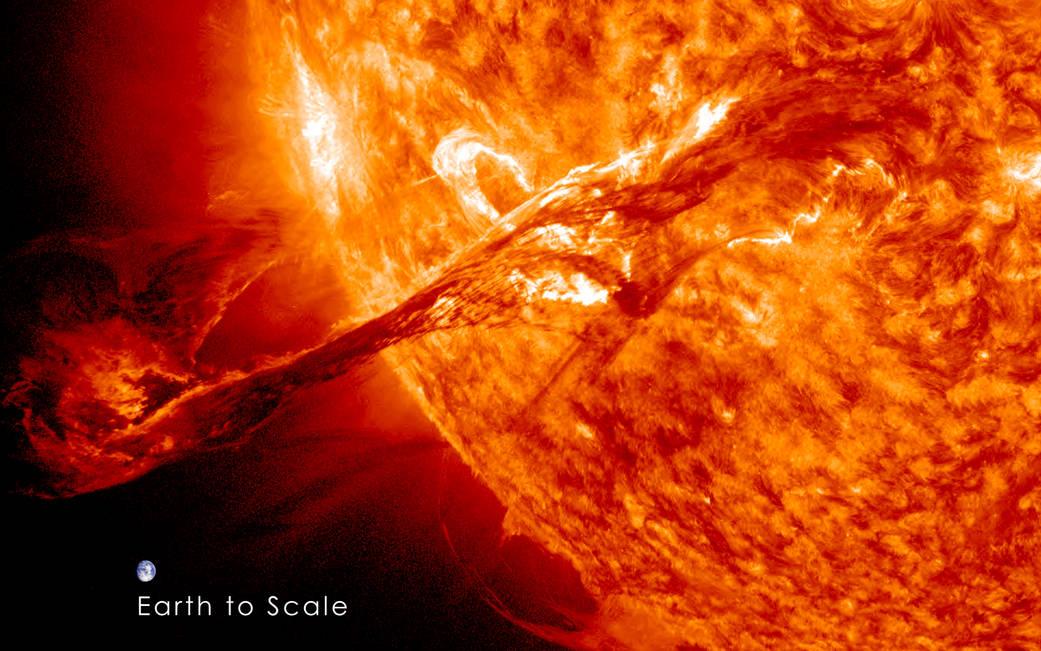 As President Barack Obama's administration enters its final stages, he's paying more attention to what's going on way, way above us than expected. Just days after the president outlined his vision for landing humans on Mars by the 2030s, he issued an executive order calling for a plan that would help the country -- and the systems that power it -- cope with seriously bad space weather.

Now, fine: solar flares and geomagnetic storms probably haven't disturbed your life too much so far. The thing is, they could, and our collectively deepening reliance on technology means these natural, regular events have the potential to do some serious damage.

"Space weather events, in the form of solar flares, solar energetic particles, and geomagnetic disturbances, occur regularly, some with measurable effects on critical infrastructure systems and technologies," the order reads. "Extreme space weather events -- those that could significantly degrade critical infrastructure -- could disable large portions of the electrical power grid, resulting in cascading failures that would affect key services such as water supply, healthcare, and transportation."

While the earth has generally been pretty lucky, there's a surprisingly long history of earthbound systems being disrupted by magnetic disturbances and charged particles from space. The famous Carrington event of 1859 started when a large burst of solar plasma -- called a coronal mass ejection -- caused a huge geomagnetic storm. While certainly pretty (aurora were visible as far south as sub-Saharan Africa), NASA points out that telegraph networks took the event pretty hard:

Geomagnetic storms stemming from coronal mass ejections fouled up telegraph service again in 1882 and 1921, and the one of the worst case scenarios mentioned by the president has already happened. It was actually fairly recent, too: Canadians of a certain age might remember that an intense solar storm knocked out power to all of Quebec for between 9 and 12 hours in 1989.

The order tasks government agencies -- from NASA to the Departments of Commerce, Energy and Homeland Security -- to figure out more intelligent ways of predicting and responding to space weather. That's a tall order, but the short term goals laid out are more specific: the Secretary of Energy has design a plan to test devices that could lessen the effects of a magnetic disturbance on power grids, then report back to a new Space Weather Operations, Research, and Mitigation Subcommittee. Until then, don't worry: you can keep tabs on current space weather conditions right here.

In this article: executiveorder, flare, gear, government, nasa, politics, solarflare, space, spaceweather, star, stars
All products recommended by Engadget are selected by our editorial team, independent of our parent company. Some of our stories include affiliate links. If you buy something through one of these links, we may earn an affiliate commission.