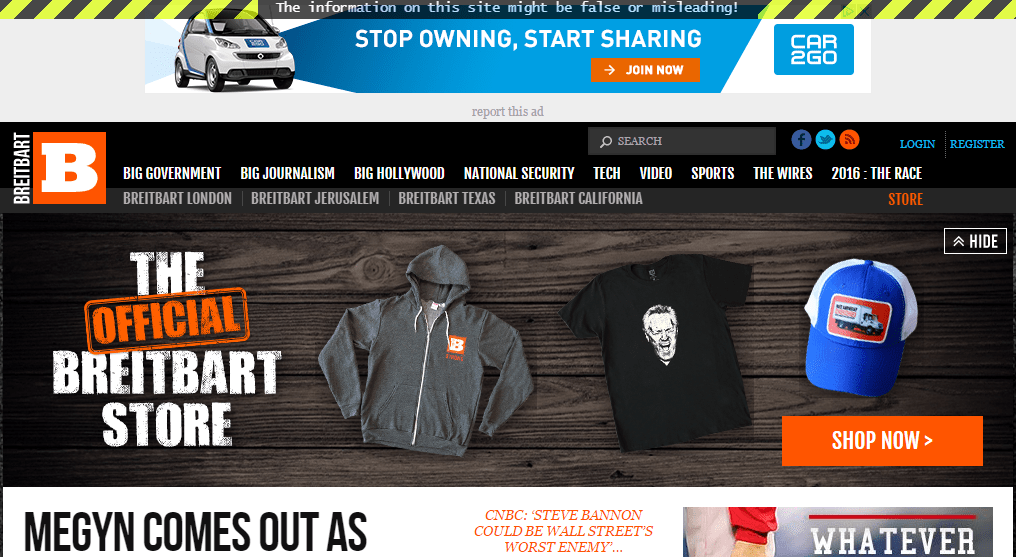 After serious anxieties that fake news proliferated on social media unchecked during the election cycle, internet titans have stepped up, with Google and Facebook both blocking ad money from going to hoax story sites. But to protect the people, individuals have released two Chrome extensions this week that warn users that they're visiting sites known to peddle fake news.

The first, "B.S. Detector," came out on Tuesday and flags articles from questionable sources while users browse Facebook. Creator Daniel Sieradski wrote on Product Hunt that he built the rough story scanner in an hour after reading Facebook CEO Mark Zuckerberg comment that it was difficult to identify fake news. The second extension, Fake News Alert, was created by New York magazine journalist Brian Feldman and was released today. It shows a pop-up or banner alerting users when they're visiting a site that the extension has logged as a source of hoax stories.

Of course, both of these rely on the user to proactively install the extension and only flags known offenders from a finite list. Like antivirus software, new sites could pop up that aren't in either tool's database. And even if the most these extensions do is alert users to the prevalence of fake content on Facebook and in their Google searches, at least it might shock people into more vigilant habits.

Neither extension is complex enough to deduce the authenticity of individual stories, or articles from outside their databases. But they're user-built solutions to problems that the internet giants have barely addressed. That kind of communal responsibility is growing: Days ago, anonymous employees within Facebook formed an unofficial committee to investigate what the social network can do to battle fake news.

In this article: chrome, culture, extensions, facebook, FakeNews, google, internet
All products recommended by Engadget are selected by our editorial team, independent of our parent company. Some of our stories include affiliate links. If you buy something through one of these links, we may earn an affiliate commission.