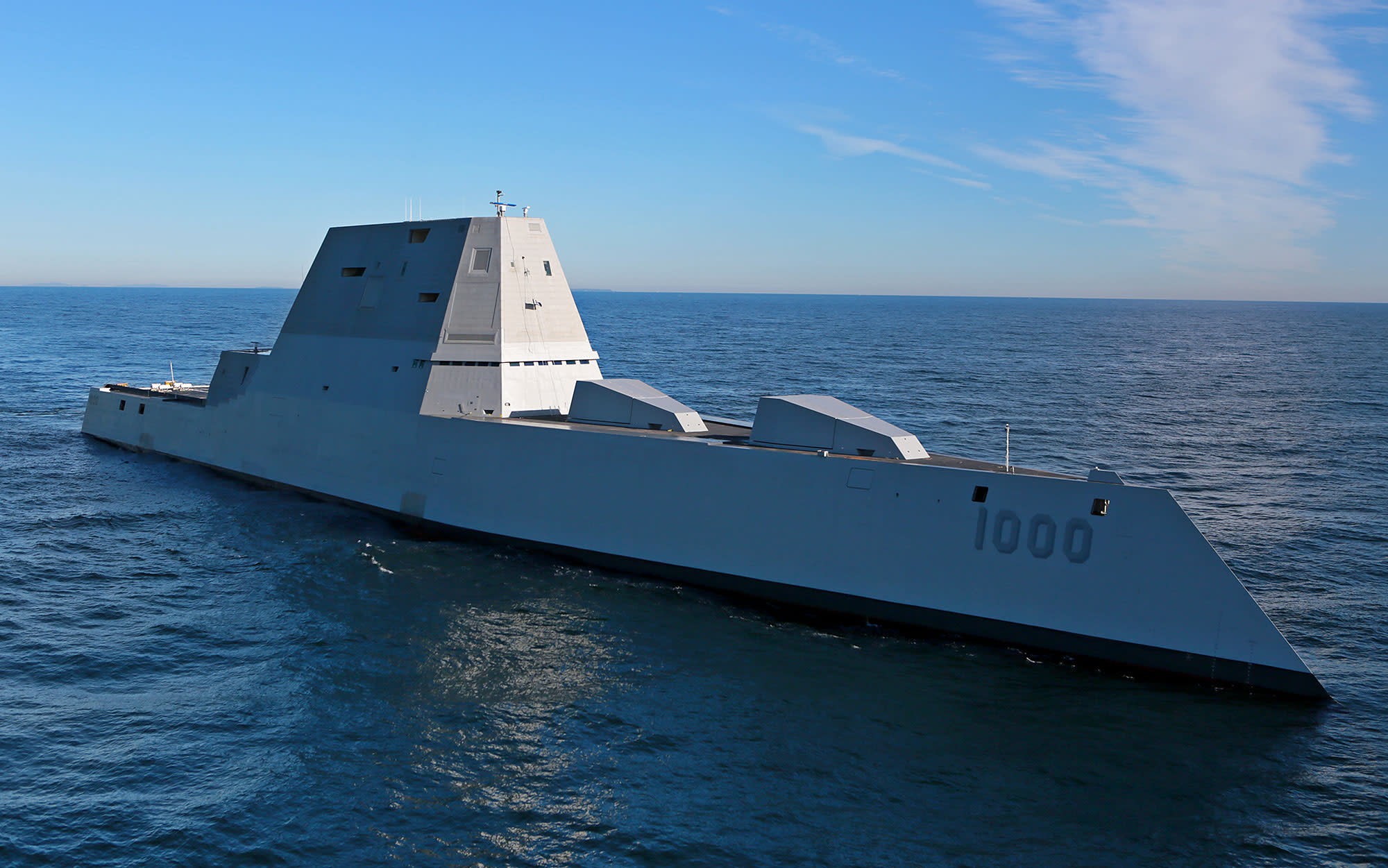 The US Navy hasn't exactly been having the best of luck with its pricey new ship. Only weeks after it was officially commissioned the USS Zumwalt, the Navy's new $4.4 billion destroyer has already been put out of action.

Touted as the Navy's most technologically advanced destroyer, the Zumwalt's cleverly concealed weapons and sharp angles make it incredibly difficult to spot on radar. Yet before it could put those traits to good use, it was struck by engineering problems. Attempting to join up with the US Third Fleet in San Diego, The Zumwalt only made it as far as Panama Canal. The timeline for repairs is still being determined.

This isn't the first headache the US Navy's had with their prized new vessel. When it first left the shipbuilders on a trial run in September, a water leak in the engines prevented the Zumwalt from reaching its destination. Shortly after it was commissioned a month later, its voyage was delayed once again thanks to issues with its propulsion equipment.

With Zumwalts created in far fewer numbers than expected, the lack of demand for ammo has caused prices to sky rocket to $800,000 a round, making the whole experiment even more of a disaster. Originally, more than 30 Zumwalts were in development, but after lengthy delays and soaring costs, only three of the destroyers were ever actually built. The total cost for developing the three ships is now in excess of $22 billion.

Whoever said you can't put a price on security clearly hadn't heard of the USS Zumwalt.

In this article: culture, defence, military, navy, security, usszumwalt
All products recommended by Engadget are selected by our editorial team, independent of our parent company. Some of our stories include affiliate links. If you buy something through one of these links, we may earn an affiliate commission.