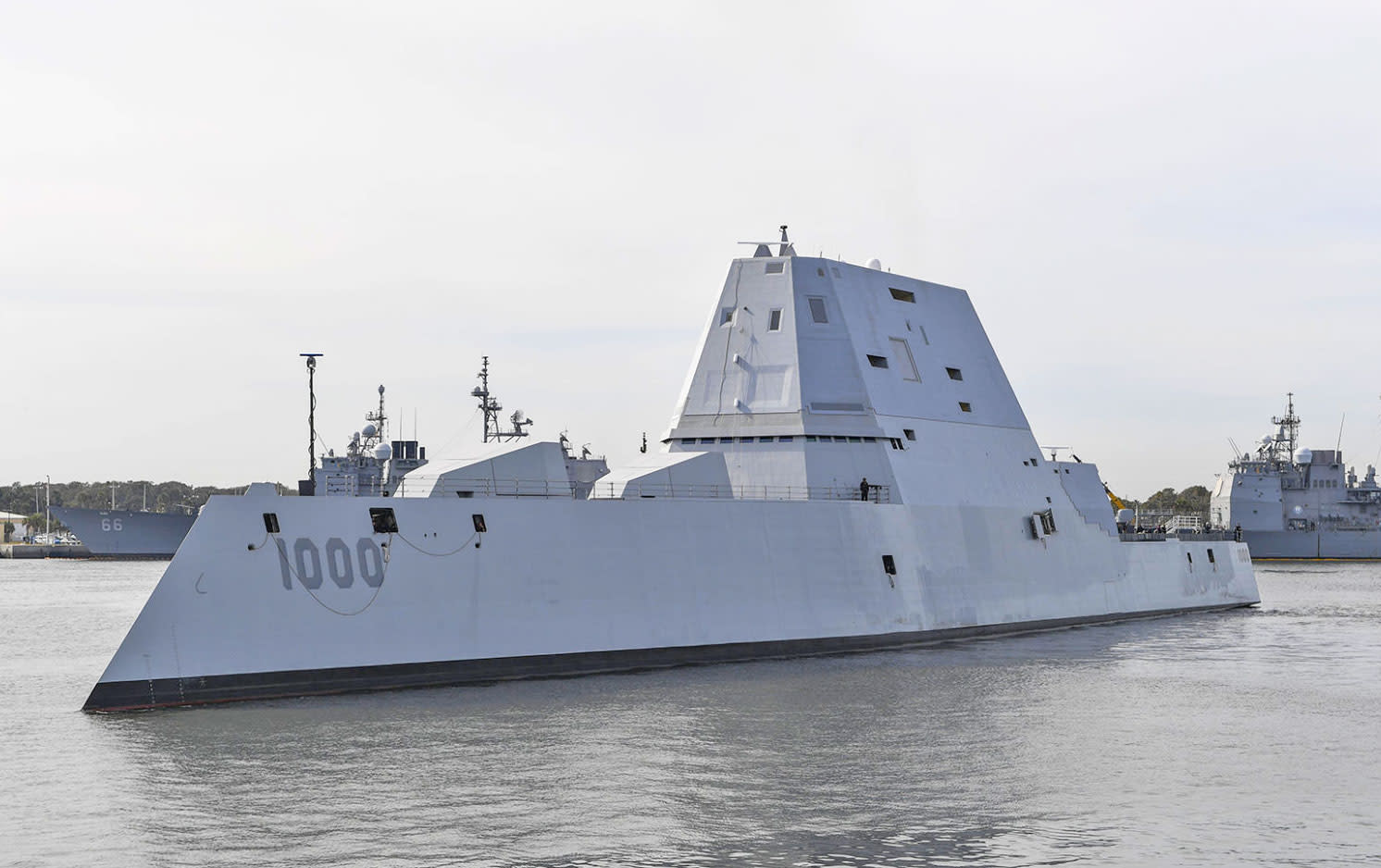 The USS Zumwalt, America's newest stealth destroyer packs some impressive firepower but there's just one problem: the US Navy can't afford the ammunition for the vessel's 155-millimeter Advanced Gun Systems. These weapons are designed to fire a GPS-guided shell, dubbed the Long Range Land Attack Projectile, up to 60 miles where it strikes with unprecedented accuracy. What's more, the Zumwalt can lob up to ten of these shells every minute. But while the LRLAPs are quite lethal, they're also ludicrously expensive at $800,000 a pop.

The problem lies with the Navy's shrinking demand for Zumwalt-class ships. In the 1990s when the Zumwalts were being designed, the Navy envisioned an armada of them -- 32 ships in total. However, in the 26 years since, that number has been whittled down to just three. With that decline in ship orders came a similar drop in the need for ammo. And as the number of rounds the Navy was willing to buy decreased, the price per round increased dramatically. This is a wild departure from the sub-$50,000 price Lockheed originally claimed and an utterly astronomical cost compared to the unguided rounds fired by the Mk. 45 5-inch gun, which is standard on existing destroyers.

This leaves the Navy in a tight spot as it has already sunk around $23 billion into the program. But according to Defense News, the DoD isn't completely out of options. For one, the Zumwalts could conceivably switch over to the Excalibur GPS-guided artillery round, which does the same thing as an LRLAP but only out to a range of 23 miles. Conversely, the Navy could yank the 155mm gun systems and use that space for additional long-range, anti-air missile batteries. Or, it could forego traditional armaments entirely and install one of those fancy railguns that it's been working on for the past few years. Fingers crossed for railguns.

In this article: ammunition, DoD, gear, lrlap, military, security, United States, United States Navy, USNavy, usszumwalt, war, zumwalt, Zumwalt class destroyer, zumwalt-class
All products recommended by Engadget are selected by our editorial team, independent of our parent company. Some of our stories include affiliate links. If you buy something through one of these links, we may earn an affiliate commission.