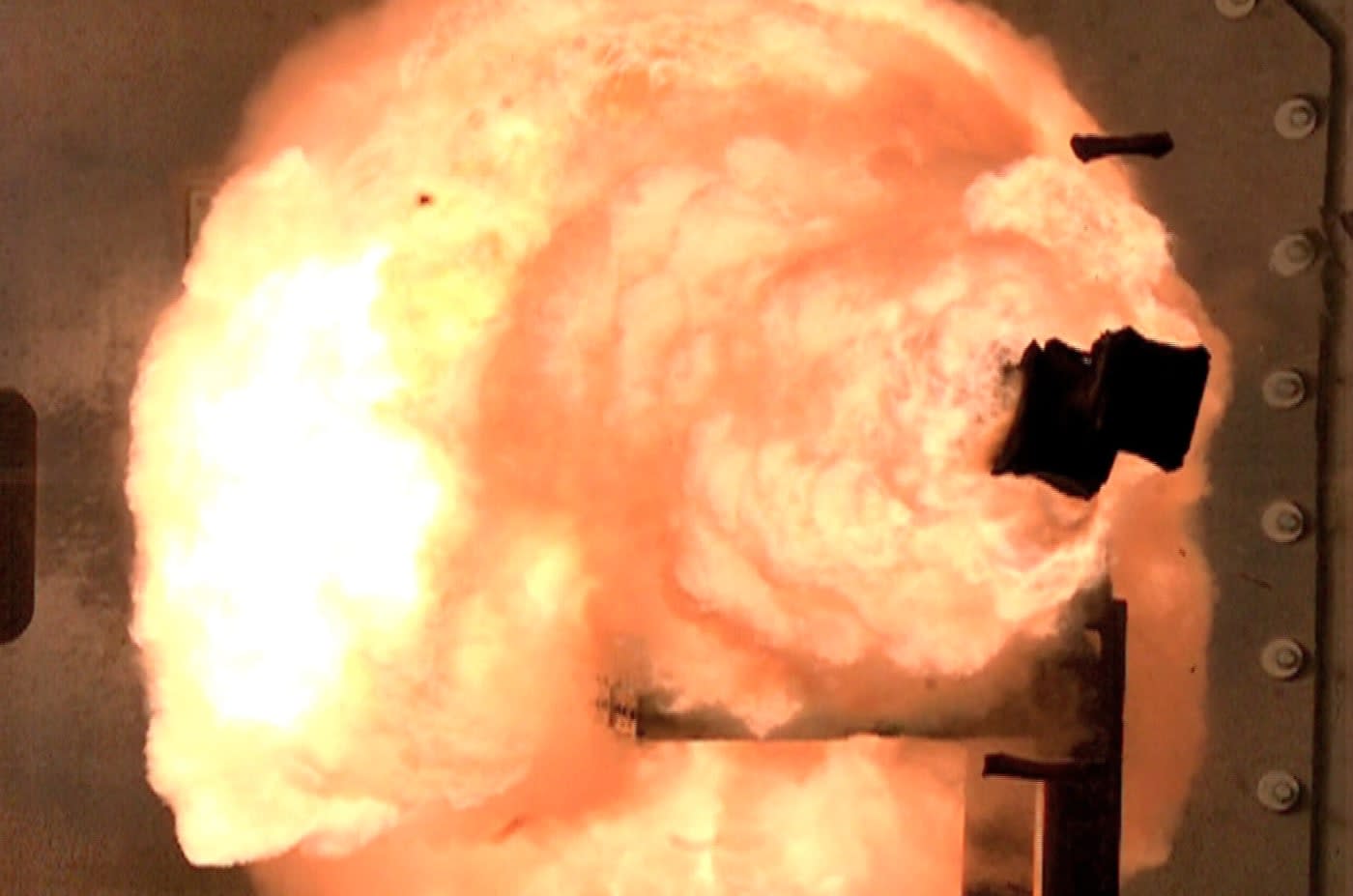 The US Navy's latest toy, a railgun that can fire projectiles at seven times the speed of sound, maybe be deployed sooner than thought. The original plan was to test it on joint high-speed vessels (JHSVs) in 2016, but the Navy is reportedly building an operational unit that could be installed on the USS Lyndon. B. Johnson, according to the Associated Press. That ship, the last of three Zumwalt-class destroyers, would be an ideal candidate because its Rolls Royce turbine generators produce 78 megawatts, more than enough to power the electromagnetic weapon.

Zumwalt destroyers are designed to attack land-based targets, a function that also suits the railgun perfectly. The projectiles have so much kinetic energy that they don't need large explosive charges (see the video, below). That, in turn, lets them take the place of missiles for a fraction of the price. If the railgun is deployed on the USS Lyndon B. Johnson, scheduled for service in 2018, it will replace a forward 155mm gun that fires rocket-propelled weapons.

The Navy's director of surface warfare, Pete Fanta last month mused that that the railgun could be deployed directly on battleships. Testing them on the JHSVs is still officially the plan, but the military may go straight to an operational unit, possibly with a smaller projectile. Even though it's new, the Navy has a lot of confidence in the high-tech weapon. "It's engineering at this point, it's no longer science," Fanta told Defense News.

In this article: culture, deployment, destroyer, gadgetry, gadgets, politics, railgun, science, USSLyndonBJohnson, video, warfare, weapon, zumalt, zumwalt, zumwalt-class
All products recommended by Engadget are selected by our editorial team, independent of our parent company. Some of our stories include affiliate links. If you buy something through one of these links, we may earn an affiliate commission.