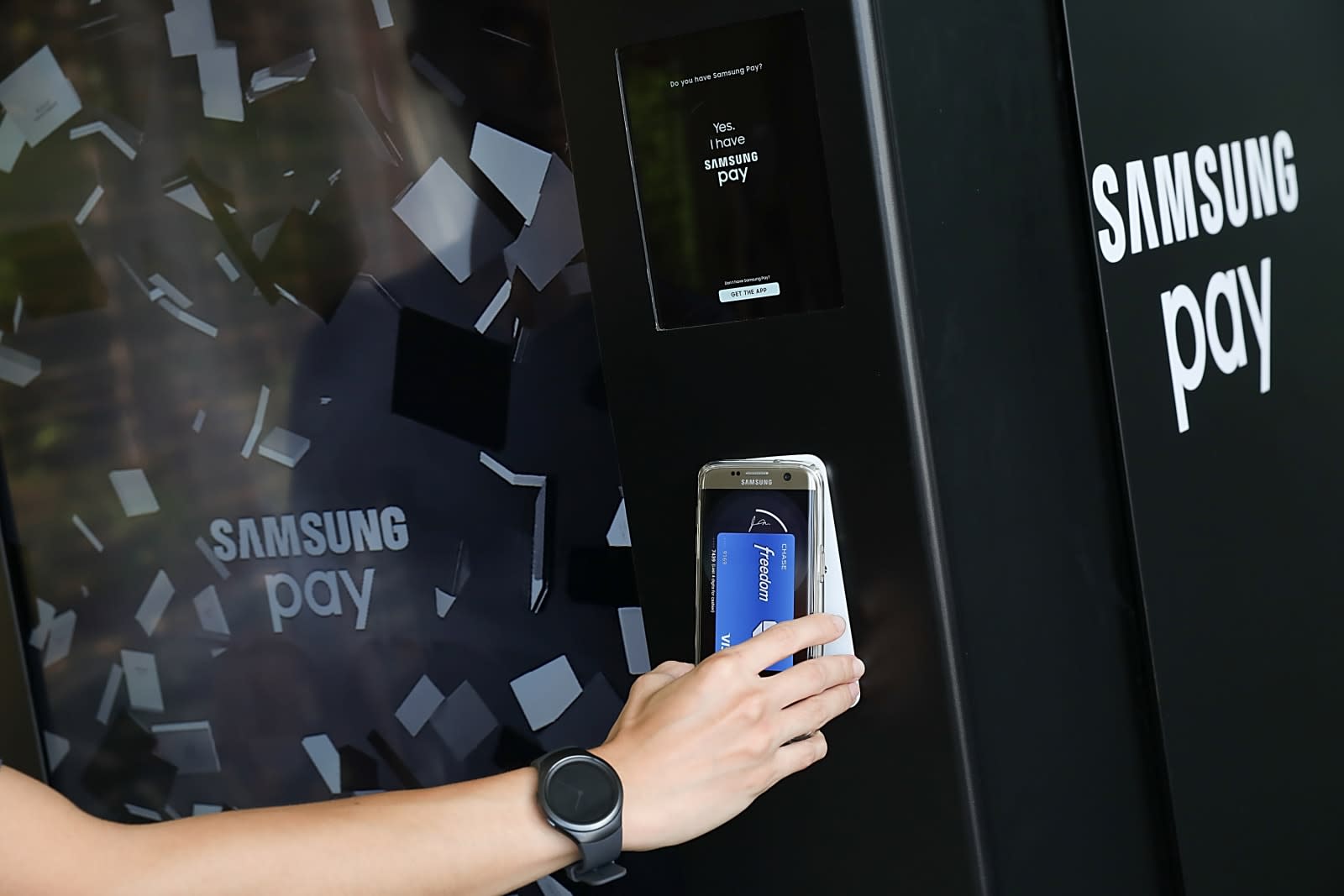 2016 has been a good year for mobile payments, thanks to the arrival of Android Pay and the majority of big banks adopting Apple Pay. Samsung was also meant to join the party, but the company has confirmed that Galaxy smartphone and Gear smartwatch owners will now have to wait until next year to use its payment service. The Telegraph reports that the launch has been "tied up amid negotiations with banks," a story that some British banking customers are already all too familiar with.

Samsung first touted a 2016 launch for its payment service at the Consumer Electronics Show (CES) in January. It then reiterated that desire at the unveiling of the ill-fated Galaxy Note 7 in August. The company already allows customers in the USA, Canada, Korea, Spain, China, Australia, Singapore, Puerto Rico and Brazil to use Samsung Pay.

While Samsung Pay, like Apple and Google's mobile services, supports NFC for contactless payments, it does have one advantage over its rivals. It supports Magnetic Secure Transmission (MST), a technology that emits a signal that can mimic the magnetic strip on the back of a debit or credit card. That means Samsung Pay can be used on terminals that don't already allow contactless payments.

In this article: androidpay, contactless, gear, mobile, mobilepayments, MST, NFC, payments, samsung, samsungpay
All products recommended by Engadget are selected by our editorial team, independent of our parent company. Some of our stories include affiliate links. If you buy something through one of these links, we may earn an affiliate commission.