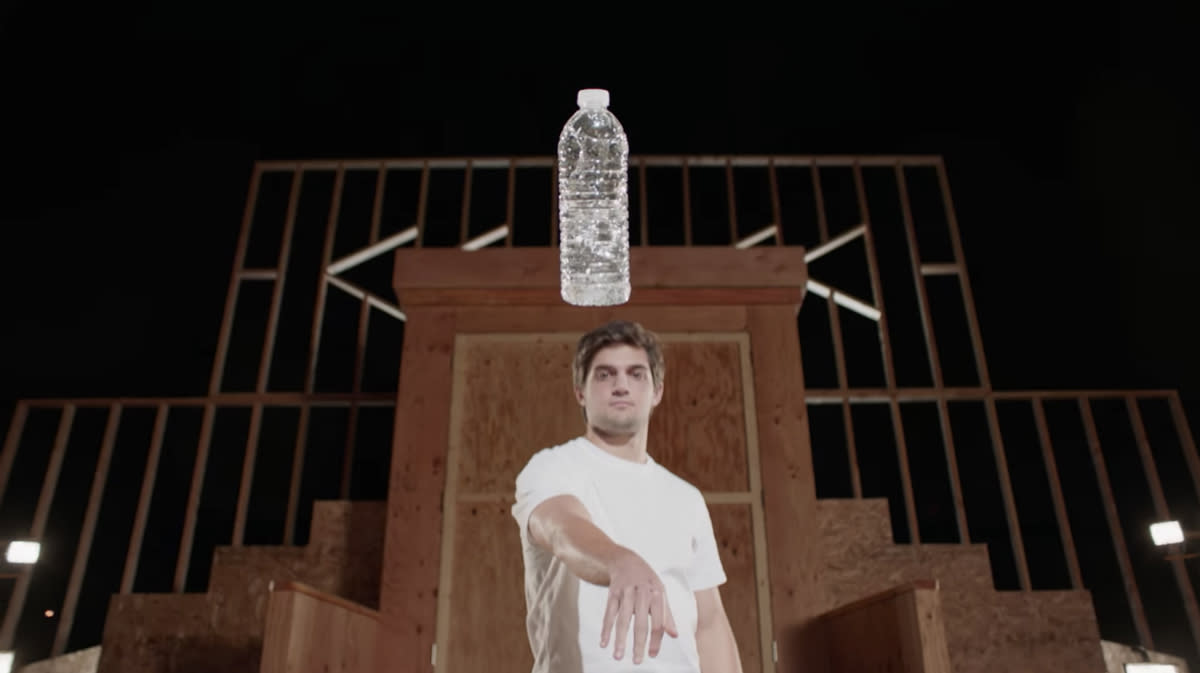 Like clockwork, the 2016 edition of YouTube's annual Rewind retrospective video is here to sweep us back through all the whimsy and virality that made its way across the streaming site in the past year. For 2016, YouTube lined up an impressive roster of over 200 creators and artists like Hannah Hart, Casey Niestat, the Slow Mo Guys, Unbox Therapy and (of course) James Corden's Carpool Karaoke team to recreate the most popular videos, memes and songs from the past year, including the bottle flip heard round the world. The whole package is wrapped up in a new mashup by The Hood Internet and remixed by Major Lazer, but first: the Rock and his infamous fanny pack get to do the intro.

All told, the top 10 videos on YouTube this year had a collective 550 million views for a combined 25 million hours of time spent watching. Adele's Carpool Karaoke naturally topped the list with nearly 136 million views alone, followed by latecomer Pen-Pineapple-Apple-Pen with 95 million and homegrown curiosity channel What's Inside? with nearly 60 million views on its "What's Inside a Rattlesnake Rattle?" video.

Also new this year: YouTube filmed a couple of the Rewind 2016 scenes in 360 video as a dizzying Easter Egg for the superfans.

In this article: av, entertainment, google, internet, youtube, youtuberewind, YouTubeRewind2016
All products recommended by Engadget are selected by our editorial team, independent of our parent company. Some of our stories include affiliate links. If you buy something through one of these links, we may earn an affiliate commission.