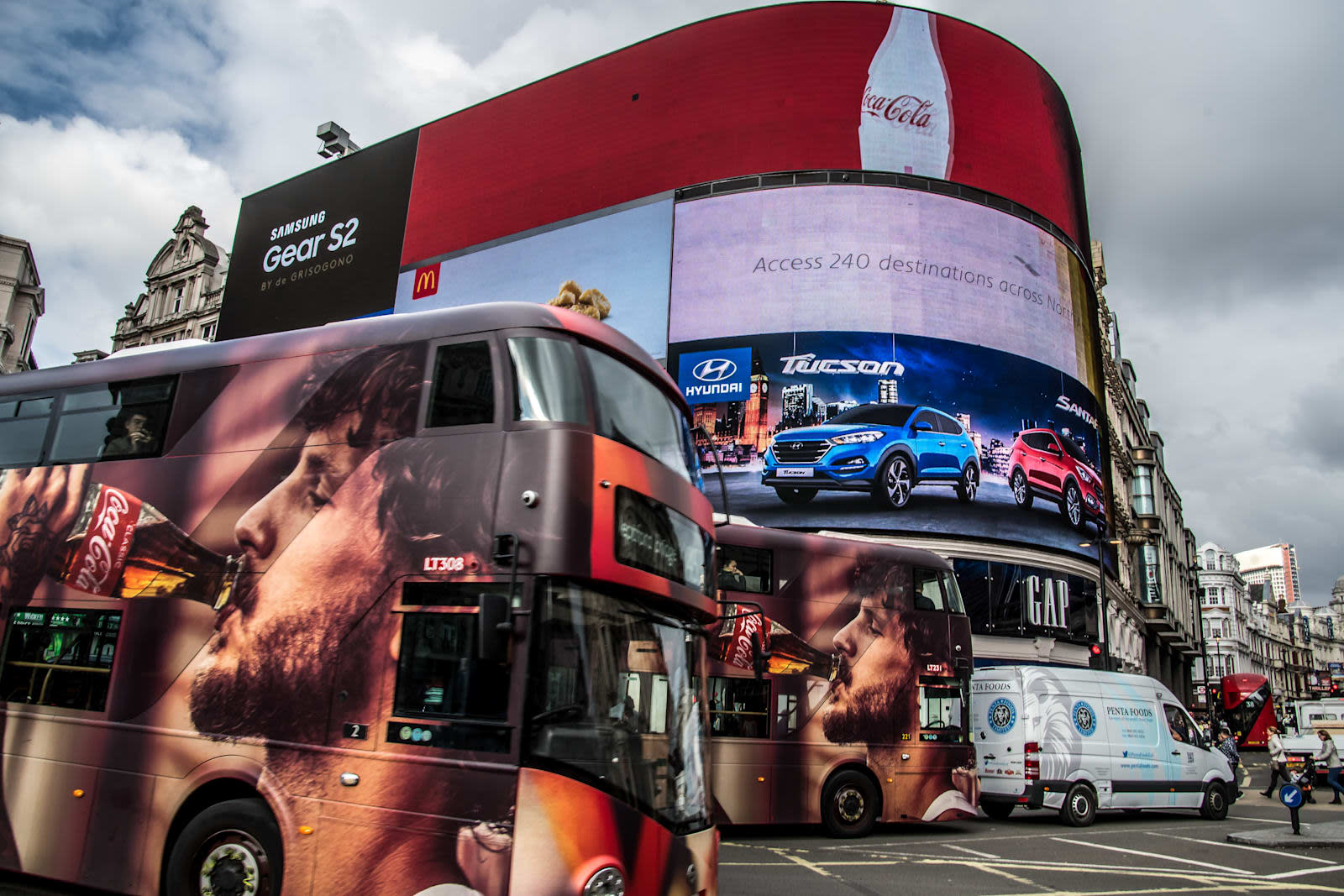 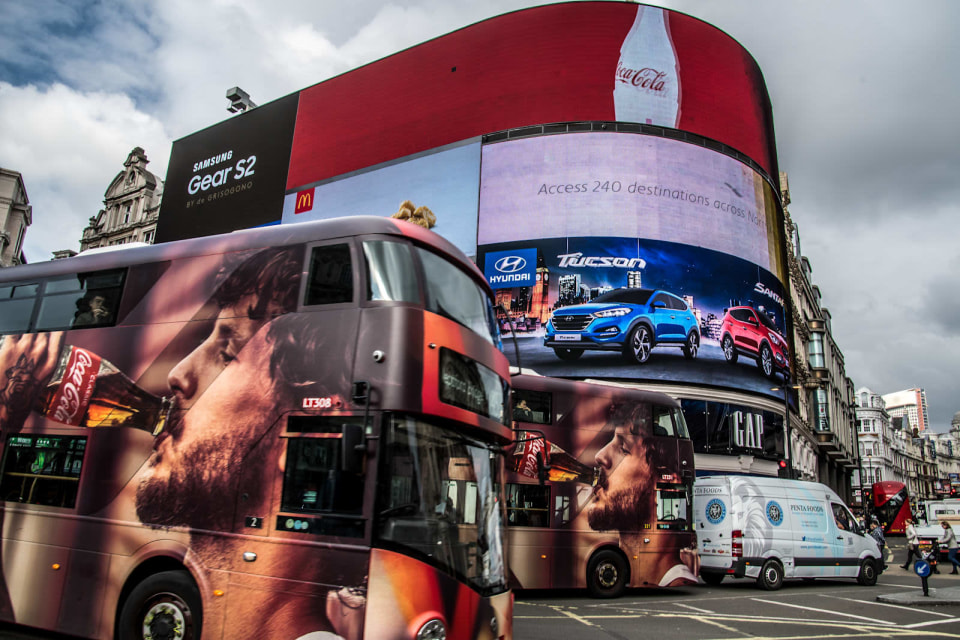 Since 1908, London's Piccadilly Circus has been home to illuminated signs and advertising billboards. As time went by, incandescent light bulbs gave way to neon lights, eventually ending up with six massive LED displays (Piccadilly Lights) that you see today. From January 2017, however, the Lights will be switched off for the longest period since the Second World War to make way for the largest single digital screen Europe has ever seen.

Land Securities, owner of the premium advertising space, confirmed that the new 784 square metre display has a "greater than 4K resolution" at 5490 x 2160 pixels and contains three-in-one LEDs that are capable of generating "trillions of colours and exceptional brightness."

It'll also retain the curved shape that is present today and can be programmed to retain the patchwork appearance it currently provides, allowing brands to sponsor any of the six sections or do a complete brand takeover of the full screen. Coca Cola and Samsung have already committed to continue advertising.

The Piccadilly Lights will also become more interactive thanks to a high-speed fibre Wi-Fi network, which lets automatically trigger content on screen, but also promote live video streams (a future Samsung keynote might be one example); offer weather, traffic, sports and flight updates; and promote social media updates across Twitter, Facebook and Instagram.

Barring the odd power cut, Piccadilly Lights has only ever been turned off during a blackout during and after World War II (between 1939 and 1949), for Winston Churchill's funeral in 1965 and Princess Diana's funeral in 1997. The six existing displays will be powered down next month and replaced with static advertising banners ahead of a grand unveiling in autumn 2017.

In this article: ads, advertising, av, billboard, christmas, cocacola, entertainment, london, piccadillycircus, samsung, screen
All products recommended by Engadget are selected by our editorial team, independent of our parent company. Some of our stories include affiliate links. If you buy something through one of these links, we may earn an affiliate commission.