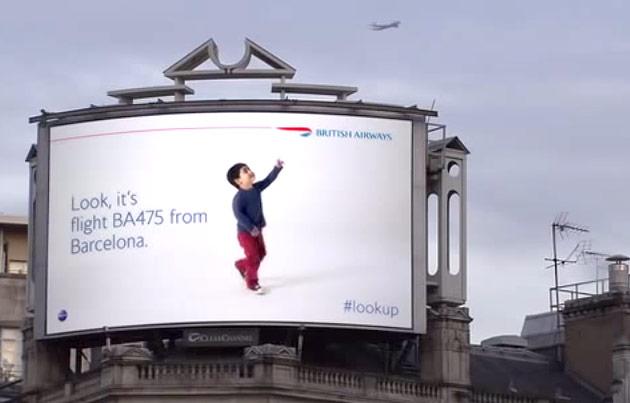 We're no stranger to digital billboards -- Engadget made its own big-screen debut in Times Square back in 2011 -- but British Airways' latest endeavor is unlike any we've seen before. According to The Drum, the new advertisement, installed front and center at London's Piccadilly Circus, uses "custom-built surveillance technology" to track incoming BA aircraft, prompting the screen to display a child pointing directly at the plane as it passes overhead. The adjacent text offers up the flight number and its origin or destination, along with a custom message, such as the lowest fare for that route or the current weather where that plane is headed. The airline's new #lookup campaign is marketing at its best -- see for yourself in the video after the break.

In this article: advertising, airline, airlines, ba, british, britishairways, marketing, video
All products recommended by Engadget are selected by our editorial team, independent of our parent company. Some of our stories include affiliate links. If you buy something through one of these links, we may earn an affiliate commission.