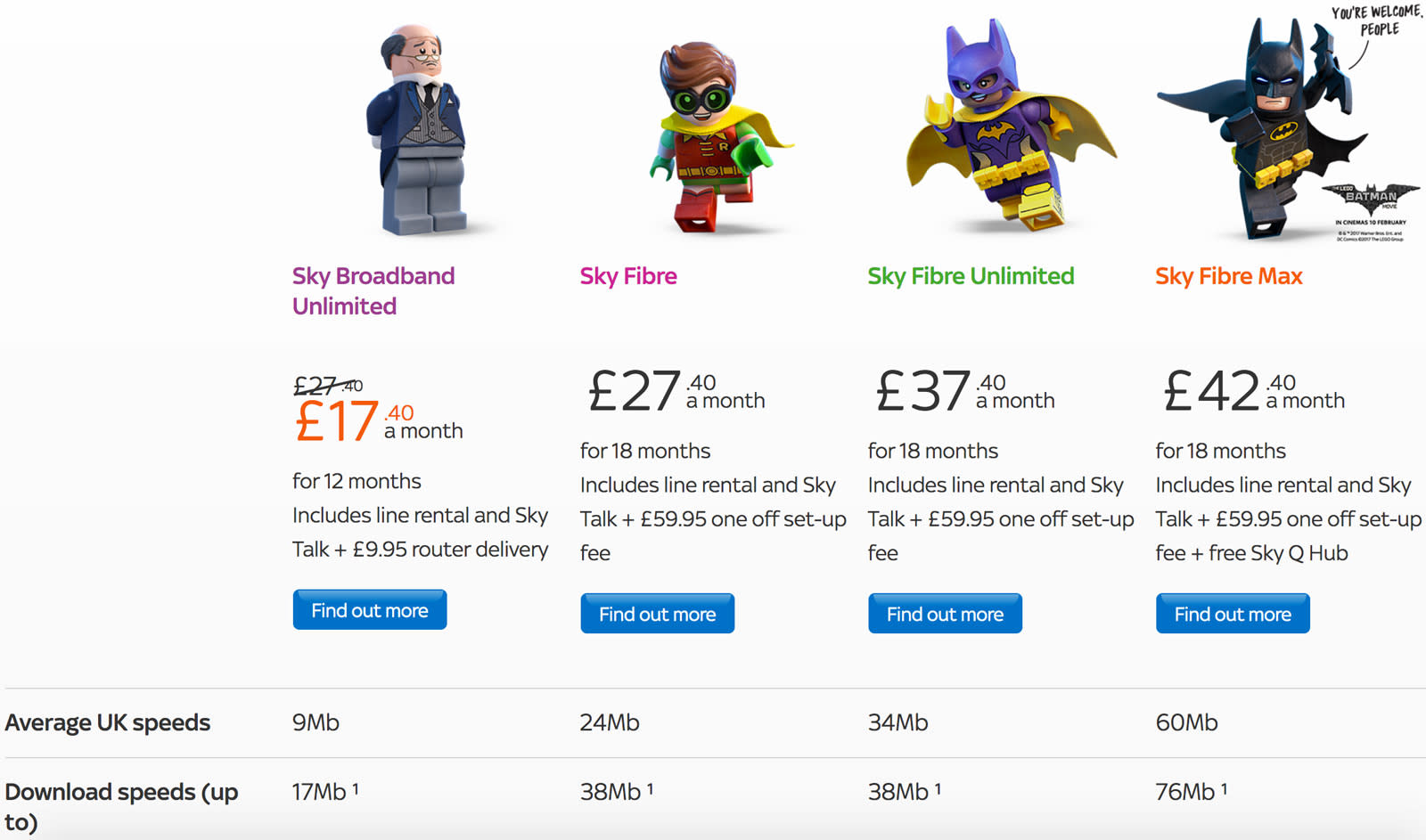 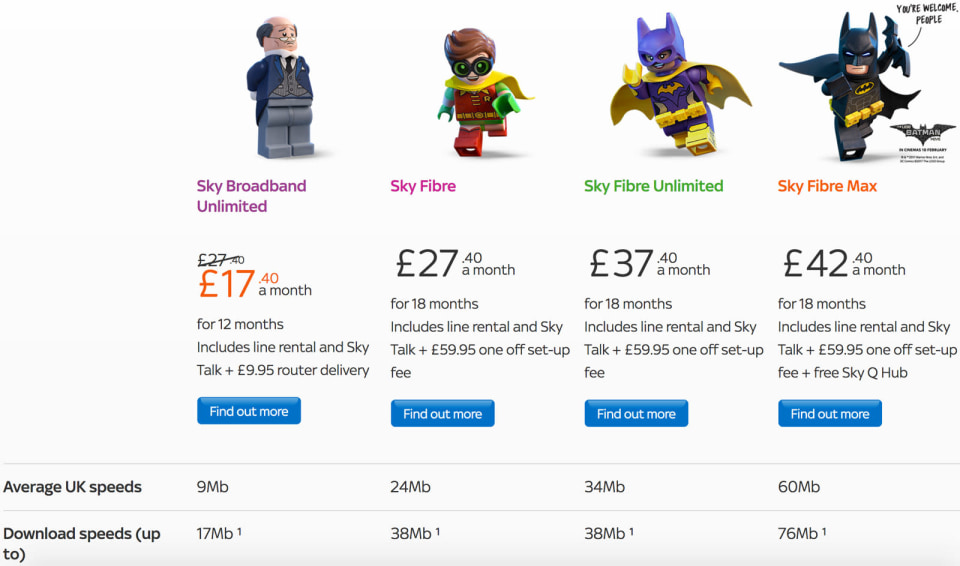 Sky's got not one, not two, but three tidbits of broadband-related news to share today, just before knocking off for Christmas. The first is the launch of the "UK's lowest fibre broadband and line rental offer" at £20 per month, with a one-off £20 setup fee. It's exclusive to new and existing Sky TV customers, and similar discounts can be found on the provider's other fibre options. Next up, Sky's got a new customer support team dedicated solely to fixing broadband issues, which we'll call the on/off squad. Most interesting, though, is from today Sky will begin advertising the average download speeds of its broadband packages alongside the standard "up to" metric.

Sky says that average speeds will be prominent and will appear in most ads (wherever there's space to include them, basically). But Sky may well be preempting an industry-wide shift, and a forceful one at that. You see, in November the UK's Advertising Standards Authority (ASA) concluded it was about time for a change to the way broadband speeds are communicated to customers. Currently, the guidelines state that "up to" speeds need to represent what is achievable by at least 10 percent of subscribers.

But -- surprise, surprise -- research shows that most people believe they're going to receive those kinds of top-end speeds, when the reality is they probably won't. Given this confusion around "up to" speeds, the Committees of Advertising Practice (CAP) -- the body that sets the rules the ASA then enforce -- is now reviewing the guidance on broadband speed claims, with its report due out next spring. Considering the advice of the ASA, it's probable the CAP will revise the rules, and it would make sense to introduce average speeds as a new ad requirement. If that scenario plays out in the way we imagine, then Sky is simply jumping the gun here, including average speeds before its competitors are forced to follow suit.

The probe into broadband speed claims follows a similar review of confusing internet package pricing this year. Research conducted by the ASA and Ofcom found that due to introductory offers, installation costs, different contract lengths and other variables, 81 percent of study participants were unable to accurately calculate the total cost of their broadband tariff. To make contract pricing more transparent, a new rule came into force at the end of October obligating ISPs to make everything clearer for customers, namely by including the cost of telephone line rental in the overall monthly broadband package price.

In this article: advertising, AdvertisingStandardsAuthority, asa, broadband, culture, fiber, internet, sky
All products recommended by Engadget are selected by our editorial team, independent of our parent company. Some of our stories include affiliate links. If you buy something through one of these links, we may earn an affiliate commission.