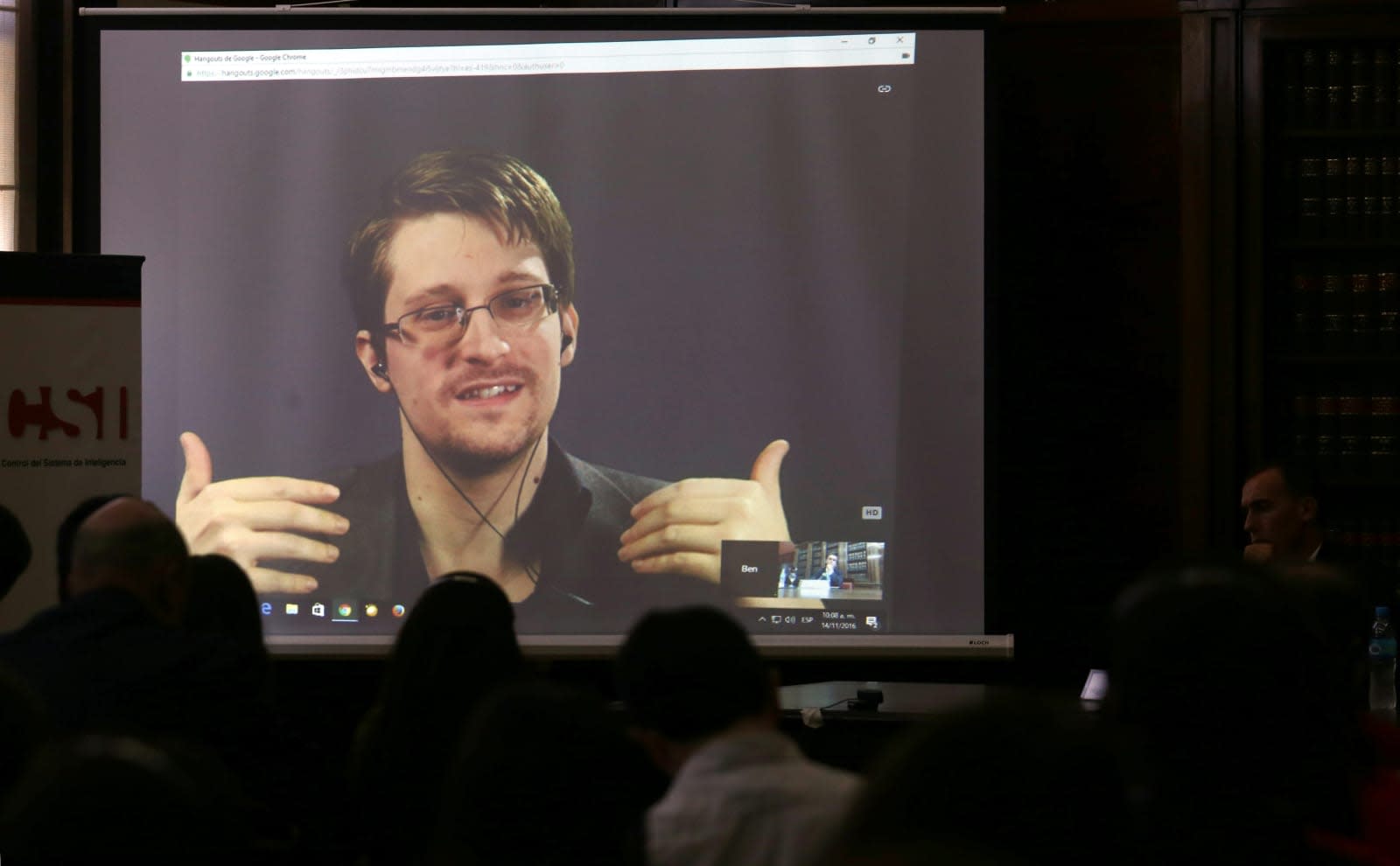 Edward Snowden, the NSA contractor who released a trove of confidential documents detailing the massive scope of US surveillance programs, has been accused by Congress of giving information to Russian intelligence agencies. A new report from the US House of Representatives Permanent Select Committee on Intelligence (HPSCI) claims that Snowden "has had, and continues to have, contact with Russian intelligence services" since seeking asylum in Russia in 2013. The 33-page report, which was just declassified today, contains a section called "foreign influence" in which the deputy chairman of the Russian parliament's defense and security committee claims that "Snowden did share intelligence" with the Russian government.

That section of the document (along with many others) is heavily redacted, so it's hard to know the substance of these claims. It's logical that a high-profile asylum seeker would be in touch with Russian officials, but the nature of that relationship is unclear. And given the recent claims from the US government intelligence that Russia was being the DNC hacks and possibly influenced the outcome of this year's presidential election, Snowden seems like a natural target.

Naturally, Snowden has denied much of the content of today's report. "Unsurprising that HPSCI's report is rifled with obvious falsehoods," he said on Twitter. "After three years of investigation and millions of dollars, they can present no evidence of harmful intent, foreign influence, or harm." Specifically regarding his potential collaboration with Russian intelligence, he said that "an indicator of HPSCI's slant is the knowing omission of my strident, well-documented criticisms of Russian policy. Despite this, they claim without evidence I'm in cahoots with Russian intel."

Despite this, they claim without evidence I'm in cahoots with Russian intel. Everyone knows this is false, but let's examine their basis:

The report goes far beyond just detailing Snowden's potential ties to Russian intelligence. At a high level, it claims that many of the documents Snowden stole do not pertain to to programs that impact civil liberties; most of them instead detail military, defense and intelligence programs that don't affect the public. The report also definitively states Snowden is not a whistleblower (because he didn't use the standard channels for communicating his concerns and that he "was, and remains, a serial exaggerator and fabricator."

To that, Snowden says: "bottom line: this report's core claims are made without evidence, and are often contrary to both common sense and the public record." Of course, the government will make its claims and Snowden will mount his defense, but without further proof from either side, it comes down to who you trust more.

In this article: culture, edwardsnowden, nsa, politics, russia, russianintelligence, security, snowden
All products recommended by Engadget are selected by our editorial team, independent of our parent company. Some of our stories include affiliate links. If you buy something through one of these links, we may earn an affiliate commission.