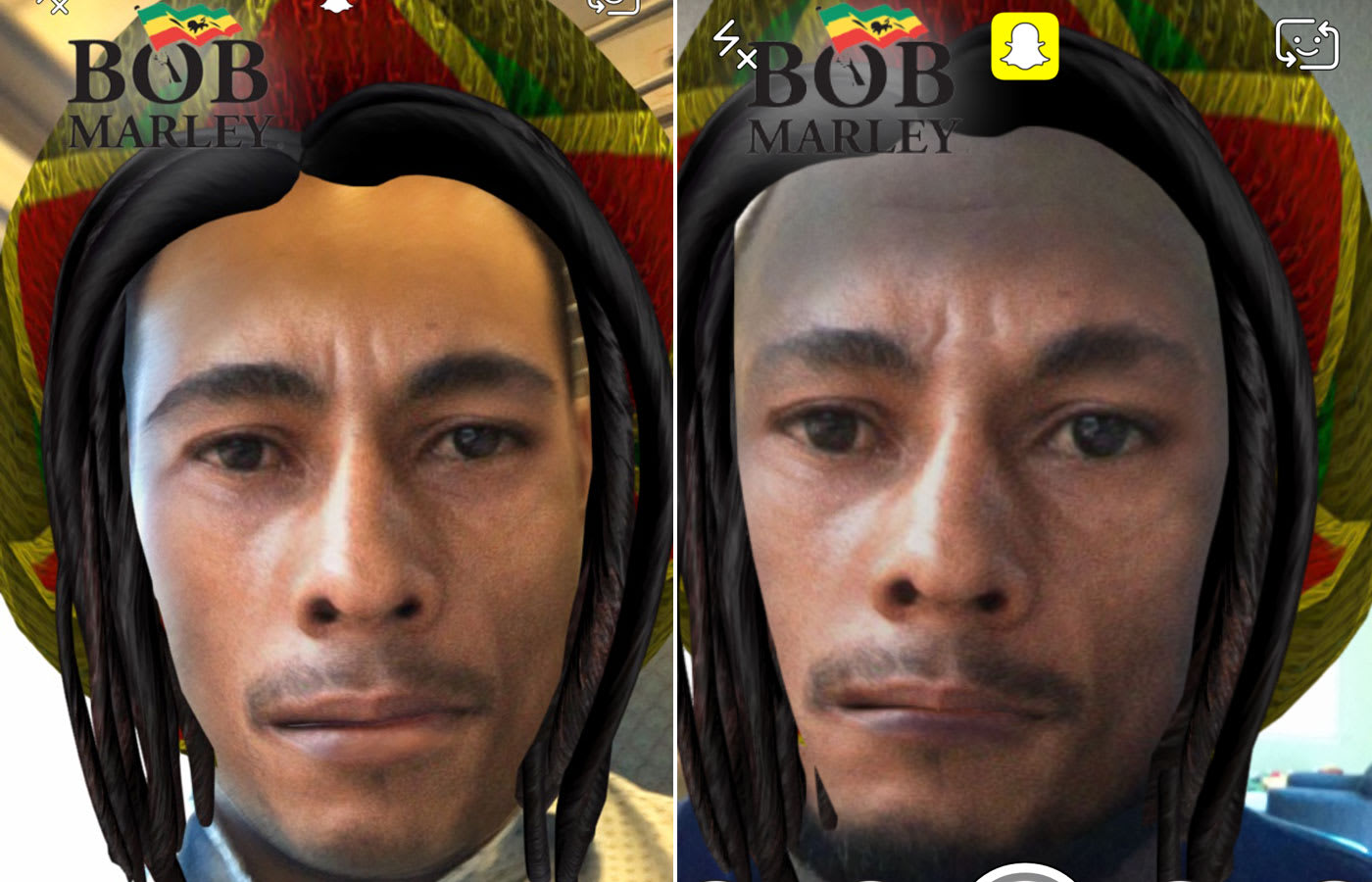 Today is April 20th, and you now what that means -- time for everyone to celebrate marijuana! Snapchat is paying tribute to 420 with a few new filters. Sure, the "traveling bong" one is innocent enough, but the Bob Marley filter, well... see above. Not only does it replicate all the creepiness of face-swapping, but it adds a dash of racial insensitivity to the mix. Basically, Snapchat is giving everyone the ability (and an excuse) to put on digital blackface.

Snapchat is no stranger to controversy. But at a time when a number of silicon valley companies have come under fire for their lack of racial sensitivity and lack of diversity, creating a filter that lets you play dress up as another race seems incredibly shortsighted. We're sure Snapchat and its employees meant no offense. However, it's hard not to see this as another instance where a more diverse workforce could have helped identify a potentially offensive feature and worked to correct the problem before it became national news.

When asked for comment a Snapchat spokesperson responded, "The lens we launched today was created in partnership with the Bob Marley Estate, and gives people a new way to share their appreciation for Bob Marley and his music. Millions of Snapchatters have enjoyed Bob Marley's music, and we respect his life and achievements." The company would not address concerns about the perceived racial insensitivity.

In this article: 420, blackface, bobmarley, culture, diversity, mobile, opinion, politics, snapchat
All products recommended by Engadget are selected by our editorial team, independent of our parent company. Some of our stories include affiliate links. If you buy something through one of these links, we may earn an affiliate commission.