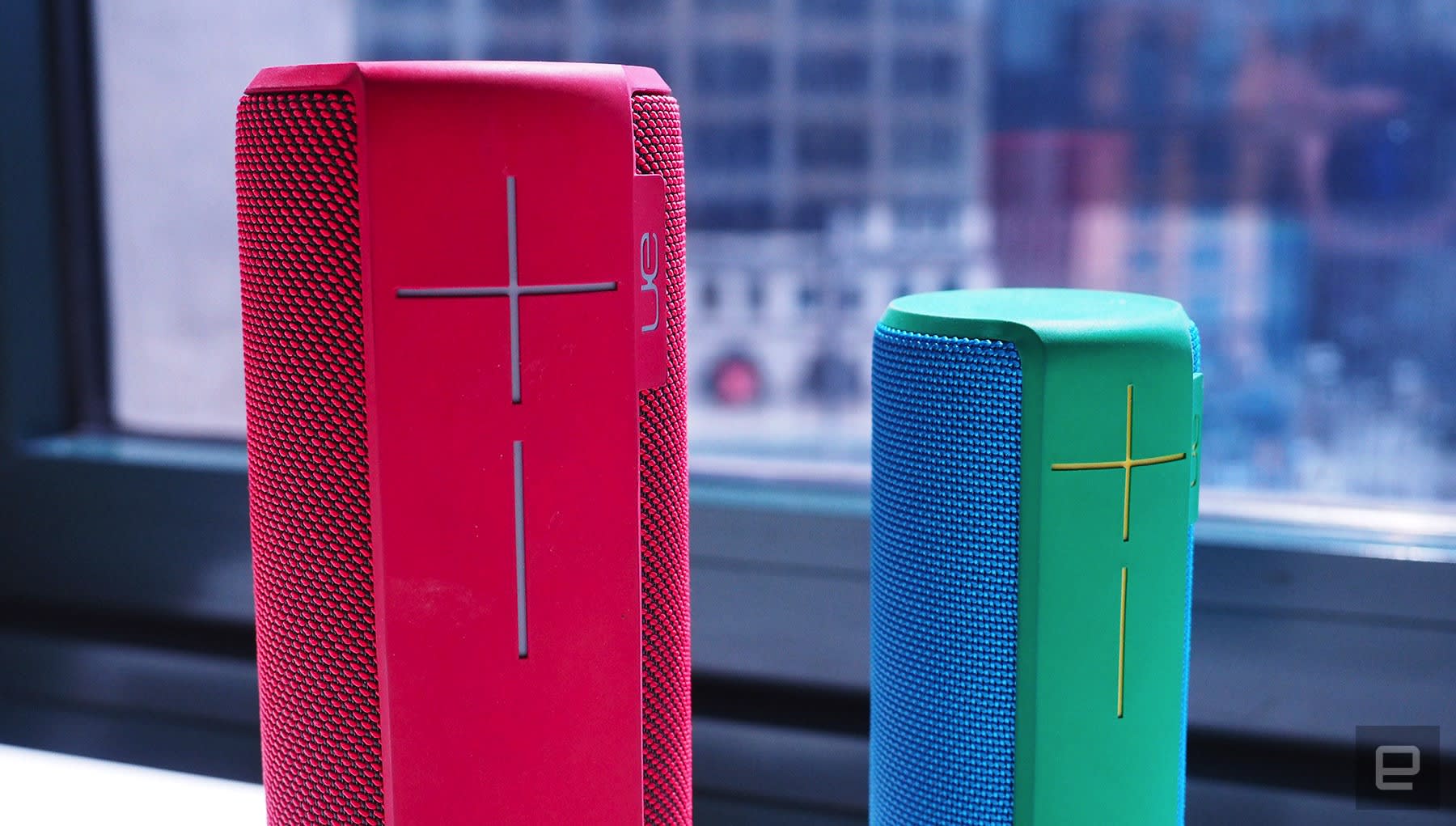 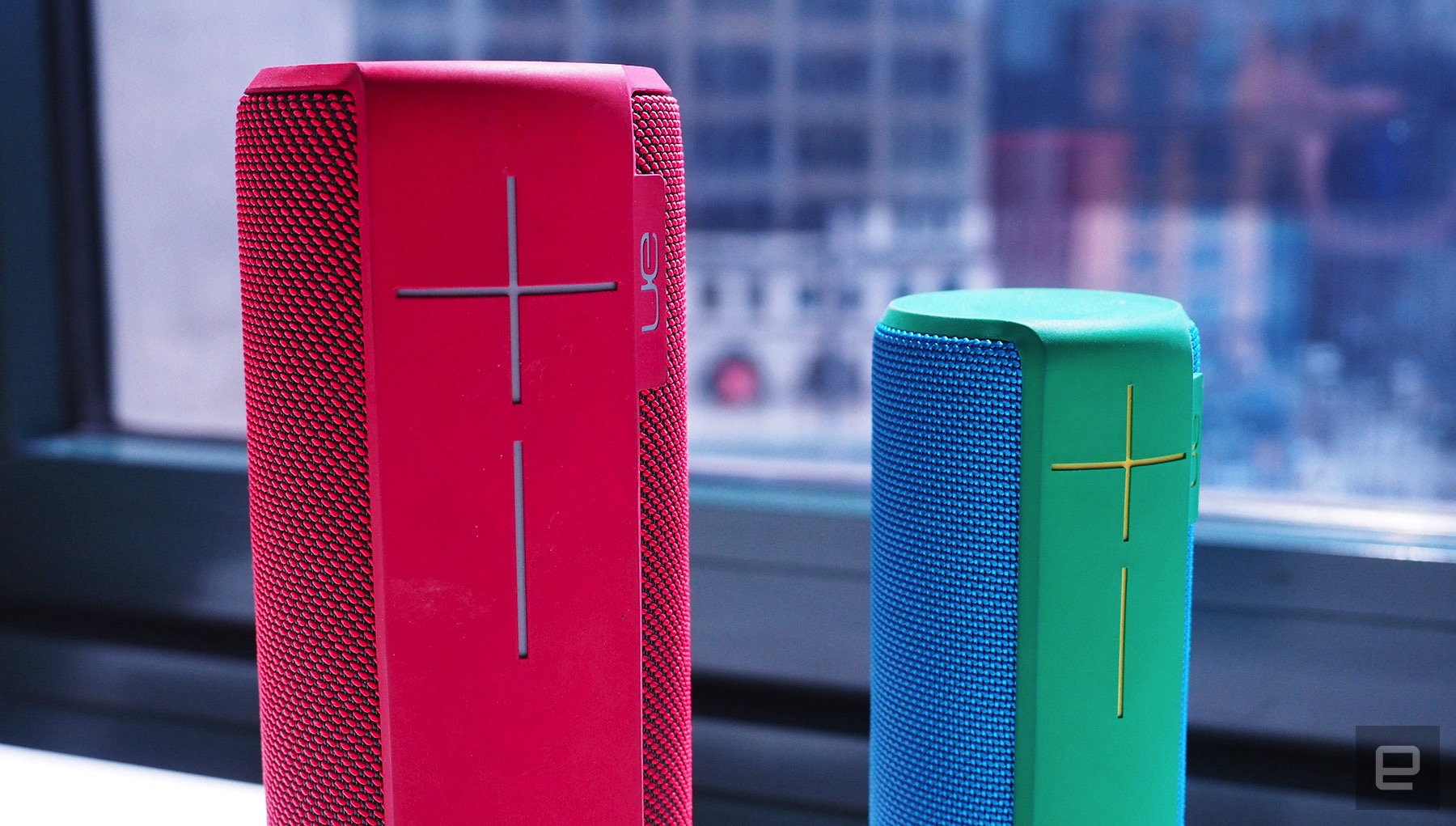 Today, Ultimate Ears is pushing out a software enhancement that's available for both the UE Boom 2 and Megaboom Bluetooth speakers. With an app refresh and OTA update, users will now be able to access Google Now or Siri by pushing a button on the speakers themselves, as long as they're connected through the UE app on the host device. Since the Boom 2 and Megaboom are both IPX7 water resistant, this could be perfect for beach or pool time, letting you keep your phone or tablet out of harm's way. Friends can also use this to find a song they want without hassling you for your phone or lock screen code.

This new feature puts the speakers in competition with devices like the Amazon Tap, which also requires a button push to access Alexa, its on-board smart assistant. I had few hours for a quick preview of the update using both of the compatible UE speakers and an Android device, and while the service works, there's certainly room for improvement.

For this test, I was using a Nexus 5X running Android Marshmallow 6.0.1 and the first step is making sure the speaker is connected through the respective UE Boom or Megaboom apps. These speakers are Bluetooth LE, so the phone should detect the speaker and allow you to remotely power up if needed. This doesn't always work the first time out even if the speaker is already connected to the phone, so if you run into trouble, I'd recommend turning Bluetooth off and on again, which usually gets things sorted in the app.

There aren't currently any indications of this new feature in the UE app's "how to" section or settings, but the next step should confirm that things are working properly. Just do a quick press of the small Bluetooth button on the top of the speaker and wait to hear the audible prompt, which is the same as when you say "OK Google" or press the microphone icon for voice control on your phone. Both the Bluetooth button and the power button will flash during this interaction. If you're playing music while dropping into voice control functionality, it will pause and listen for your inquiry. You can ask to play a specific song or inquire if there are any restaurants nearby and the system will respond confirming the song play request or, in the second instance, provide details and offer a few next steps, listening for additional responses.

The UE Boom 2 was the first device I tried this new functionality with, and the experience wasn't ideal. There's a significant delay before the audible prompt plays, and when it did, the volume seemed very low -- the music was at medium, but this tone was a whisper. When it did work, the beginning portions of responses were occiasionally clipped and seemed to pop-up into the proper volume after a hesitation. It's hard to tell if any of this had to do with my phone's processing power, but that said, when I switched over to the Megaboom, things went a good deal better. The speaker generally understood my speech without error (searching for Steel Pulse no longer resulted in Seal) and the volume levels of both the tone to begin speaking and its responses were more audible. I did still hear some clipped responses, though.

Using Google Now through the speaker did seem a bit different than direct interaction on a phone or tablet, but the experience will shift somewhat depending on the device, OS and apps, since UE isn't crafting the experience itself. When asking about nearby restaurants, Google would list some options, offer me the best choice and tell me I could say: directions, call, details or next. Invariably, saying "directions" would loop back into "where do you want to go." Saying "next" would resume playing music where I last left off, and so far, this is the only way music has resumed playing if I dropped into the voice assistant mode. I had hoped that if I used the voice assistant feature while playing tunes, it would resume the session once my interaction had been completed. So far, that's not been the case.

All-in-all, this seems like a decent new — and free — addition to two already stellar Bluetooth speakers, at least when it works well. Like many new features, it could take a bit of familiarity with the quirks to navigate more successfully through the system. Of course, you don't have to use the updated functionality, but when you're lazing about in a pool and the craving for pizza strikes while your phone is 40 feet away, it may seem like the best thing ever.

In this article: av, Boom2, gear, GoogleNow, home, Megaboom, mobile, Siri, UE, UEBoom2, UEMegaboom, UltimateEars, VoiceAssistant
All products recommended by Engadget are selected by our editorial team, independent of our parent company. Some of our stories include affiliate links. If you buy something through one of these links, we may earn an affiliate commission.