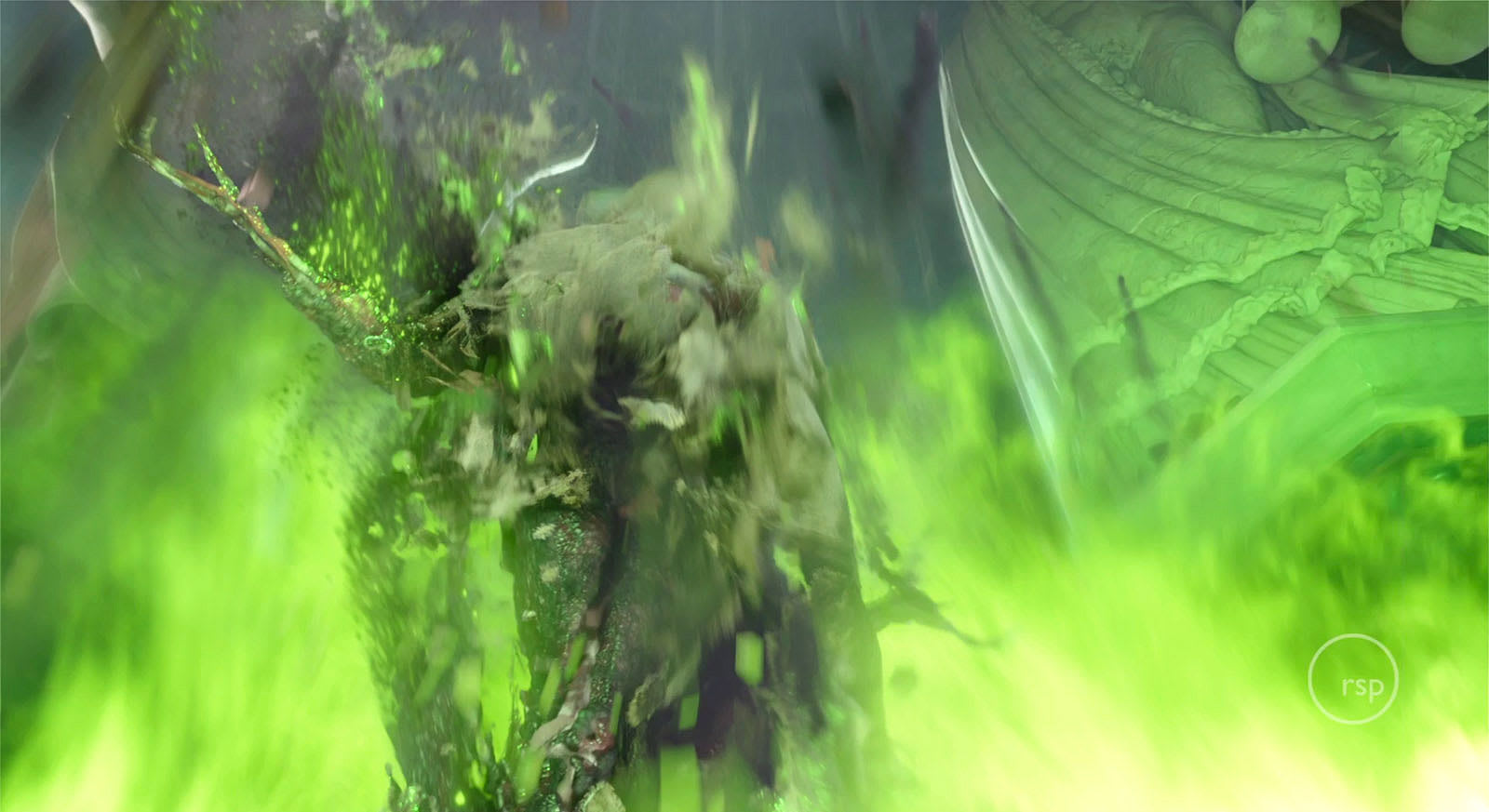 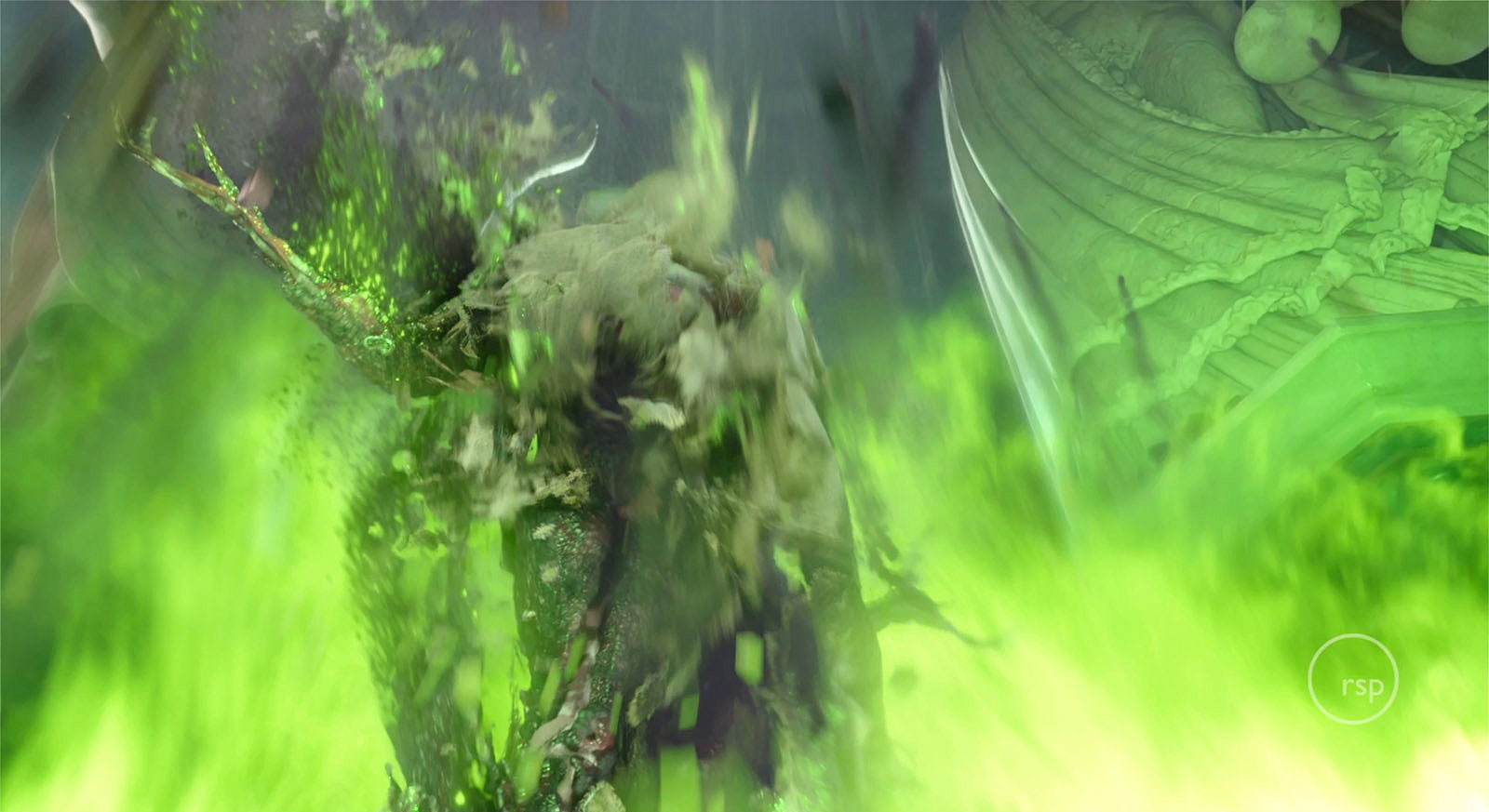 Warning: mild spoilers ahead. The last two shows on Game of Thrones season six were particularly spectacle-laden, so the show's VFX houses were busier than ever. Mackevision and Rising Sun Pictures have released new demo reels showing exactly how they turned extras into a huge crowd or just (digitally) murdered them. Rising Sun (below) was charged with the King's Landing scenes in the final episode, which featured fiery green explosions, a huge bell crushing a hapless citizen and the incineration of a certain not-well-liked character.

Mackevision mostly showed off the grand flotilla headed by Daenerys Targaryen (the dragons in that scene, below, were created by Pixomodo). Both videos show the layers upon layers of green-screened actors, digital imagery and particle (explosion, smoke and water) effects needed just to construct a five second shot. At the end, the whole thing is color corrected to match elements, create the right atmosphere and hide less-than-realistic work, like a tumbling digital actor.

Particularly amusing in the Rising Sun Pictures video is the amount of work it took to make a large, rowdy mob. A motion capture actor emotes in a "What is going on? I can't see!" fashion while wearing an Oculus Rift headset, presumably so he have something to react to. His actions are then transferred to multiple members of the vast digital crowd to make their movements more natural. In the end, you can't even see them, showing the lengths VFX houses go to for a tiny bit more extra realism.

Source: Rising Sun Pictures (YouTube), Mackevision (Vimeo)
In this article: av, entertainment, GameofThrones, Mackevision, RisingSunPictures, SpecialEffects, VFX, VFXBreakdown, video
All products recommended by Engadget are selected by our editorial team, independent of our parent company. Some of our stories include affiliate links. If you buy something through one of these links, we may earn an affiliate commission.