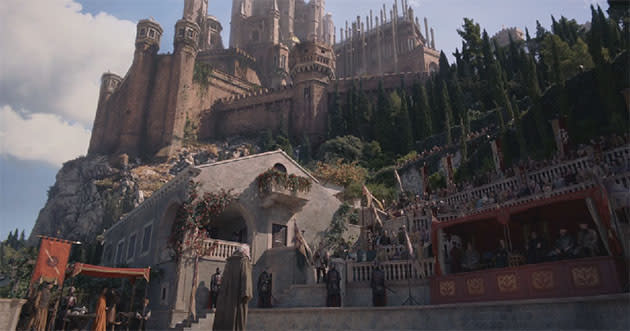 Game of Thrones has a healthy $6 million-per-episode budget, but that's still nothing compared to the average Michael Bay blockbuster -- especially for the special effects needed to fill in the magic (and gore). That's where the creativity of effects house Mackevision comes in. If an epic shot can't be done "practically" in camera, characters are filmed against a green screen or threadbare set. Then, elements like terrain, castles, crowds of soldiers and even CG water are added. As you can see in the video below, with a touch of artful compositing, lighting, shading and color-timing, the result is a seamless final shot. If there's any money left over, they may even add a dragon or three.

In this article: Effects, GameOfThrones, GoT, hdpostcross, SpecialEffects
All products recommended by Engadget are selected by our editorial team, independent of our parent company. Some of our stories include affiliate links. If you buy something through one of these links, we may earn an affiliate commission.