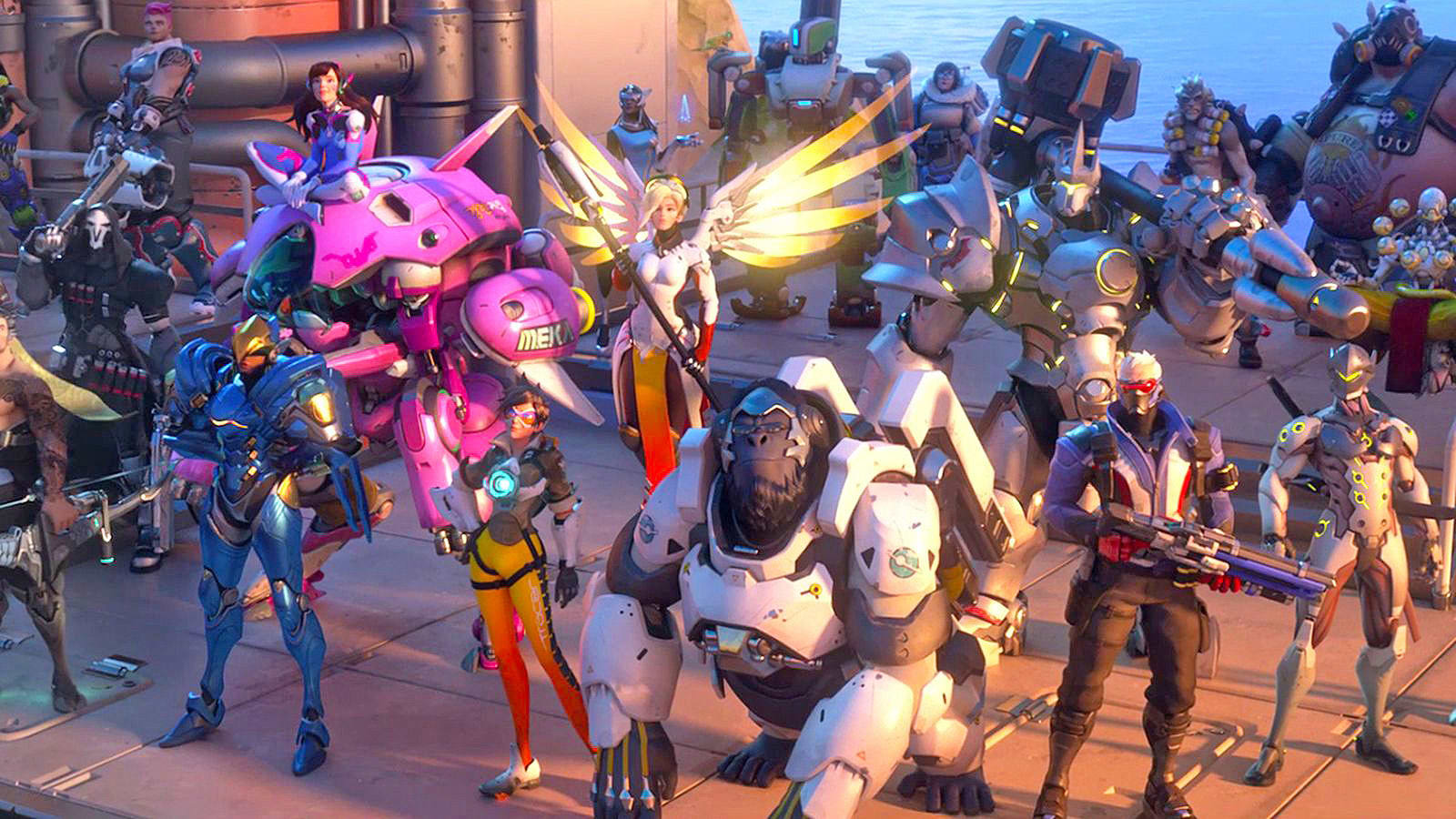 With the 2016 Olympics just days away, Blizzard is giving its popular multiplayer shooter an unofficial sporting makeover. To coincide with the events in Rio, every one of Overwatch's 22 heroes has been assigned a sport in the "Summer Games" and given a selection of new skins, sprays and other in-game emotes to play with. Reaper is a BMX rider and Winston is a keen volleyball player, but nothing beats Roadhog as a high diver.

Between August 2nd and August 22nd, gamers can "celebrate Overwatch's inaugural Summer Games" with its new themed Loot Boxes. These virtual crates are awarded when a player gains enough experience points (XP) to level up and normally contain four pieces of in-game flair like sound bites, outfits and victory poses. If a player doesn't wish to commit to the grind, they are also available to buy via various PC and console marketplaces. The company says there are more than 90 Summer Games items to collect, with each box promising at least one themed item.

While the company has yet to share official news of the new Loot Boxes, they have started appearing on international PlayStation and Xbox One stores. They cost the same as standard boxes -- between $1.99 and $39.99 -- and are not available to purchase using in-game credits. This has already left some gamers, who have been saving in-game credits in the hope of unlocking new skins and emotes, a little frustrated.

That frustration could be lifted by the existence of a new map, which Blizzard appears to be teasing in a Summer Games package sent to prominent Twitch broadcaster Laced Up Lauren (see below). There's currently no word on whether Lucio will get to return to his home country but we've reached out to Blizzard to ask if Overwatch will get its first new map in the coming days.

Here is a closer look at the items inside the @PlayOverwatch box that was sent to me by @Blizzard_Ent. Enjoy! pic.twitter.com/j0busREpAN

Source: PlayStation Store (UK)
In this article: av, blizzard, gaming, lootbox, olympics, overwatch, sport, summergames
All products recommended by Engadget are selected by our editorial team, independent of our parent company. Some of our stories include affiliate links. If you buy something through one of these links, we may earn an affiliate commission.