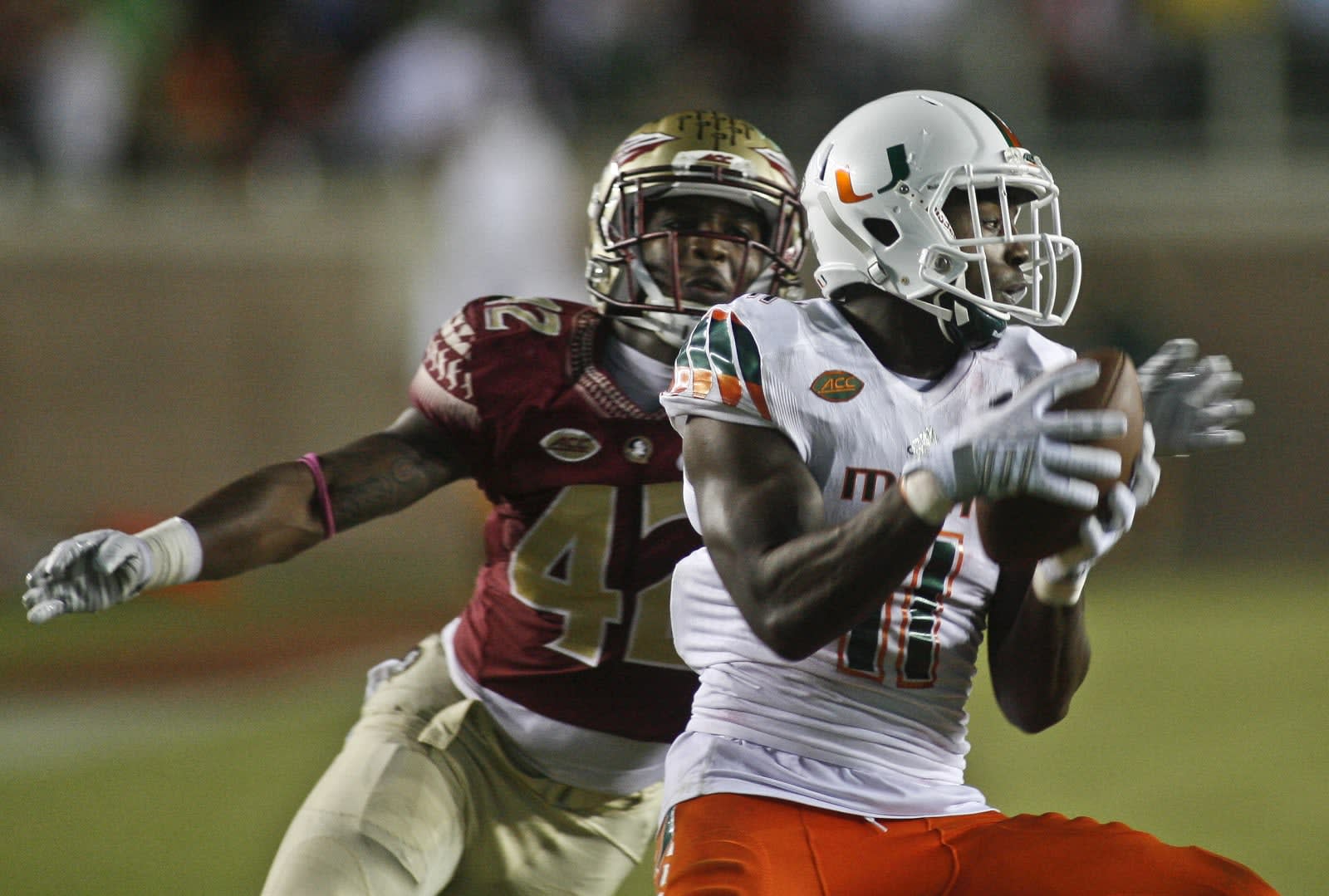 The Olympics aren't the only sports-in-VR news this week -- college athletics will take the (virtual) field too. In conjunction with the University of Miami, EON Sports VR is starting a VR channel showcasing the school's sports teams. Previously, EON has brought VR to baseball and football training. Men's and women's scrimmages, practice footage and huddles will be accessible via a $30 Hurricane-branded headset, according to a prepared statement.

Sounds cool, yeah? The headset is scheduled to debut in early October. While it sounds an awful lot like a relatively low-tech Google Cardboard setup, the University of Miami has bigger projects in the works as well. Like an algorithm to potentially predict ISIS attacks, has a hurricane simulation tank and even offers VR tours of its campus. Seems like this was a case of "when" it would happen and not "if," considering that last bit.

Source: EON Sports VR
In this article: collegesports, entertainment, eonsportsvr, football, gadgetry, gadgets, sports, universityofmiami, virtualreality, vr
All products recommended by Engadget are selected by our editorial team, independent of our parent company. Some of our stories include affiliate links. If you buy something through one of these links, we may earn an affiliate commission.