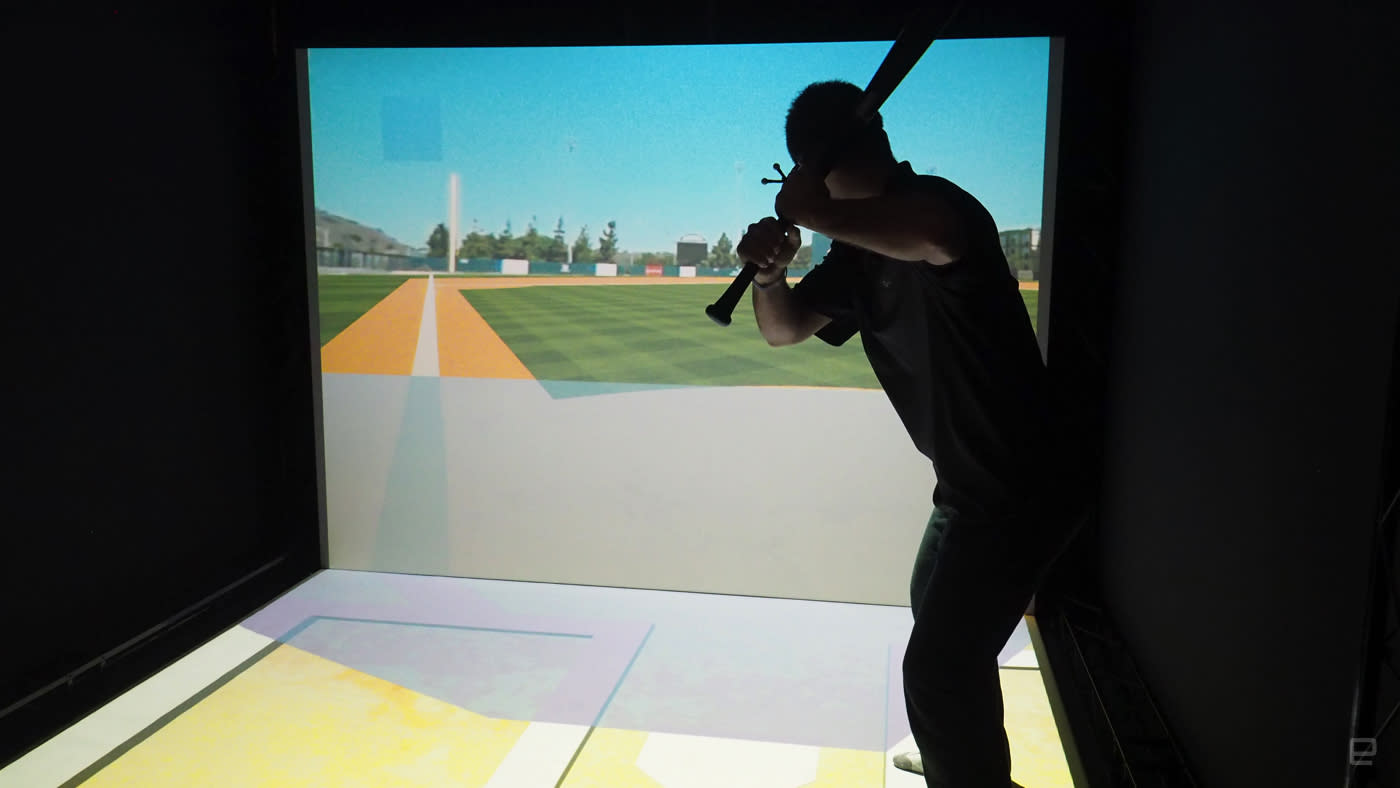 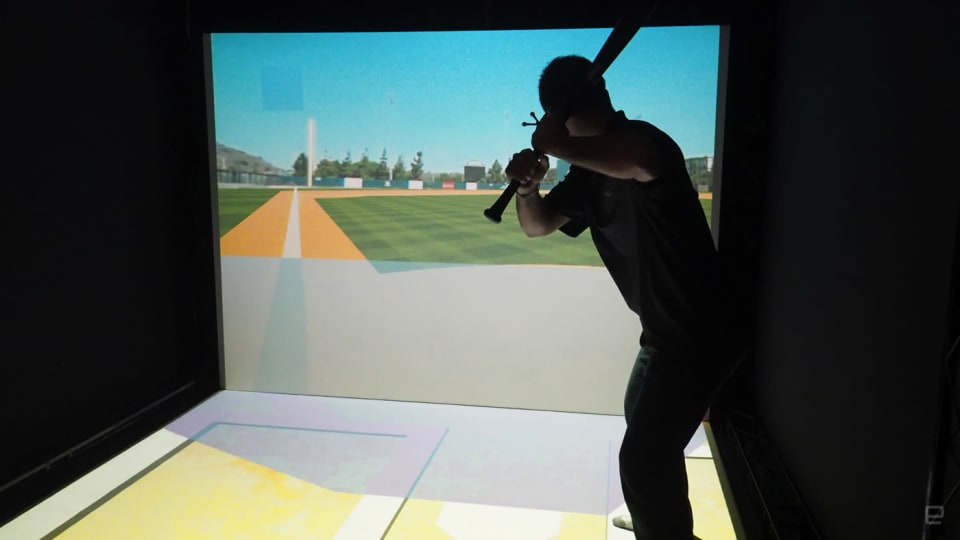 EON Sports VR is on a mission to change sports training as we know it. The young, Kansas City-based startup recently teamed up with retired MLB player Jason Giambi on Project OPS, a virtual reality baseball trainer powered by a consumer headset. But that's not the only novelty EON Sports VR has been working on. Last June, it teased an interactive baseball hitting simulator, one that allows players to step into a virtual batting cage and practice their swing. Today, at CES 2016, I had the chance to try it.

My first move, as instructed by EON Sports VR founder and CEO, Brendan Reilly, was to put on a pair of motion-tracking glasses, before walking into the simulator. Once you're inside the 10ft x 10ft x 10ft box, you place your body in the batter's box and wait for the simulator's software to start throwing pitches. The whole system is controlled by two projectors and a couple of Vicon motion capture cameras that are used to track your viewpoint, with help from the aforementioned, 3D-printed glasses.

The demo can last as long as you want it to, depending on how many reps you're willing to take. This isn't meant for consumers, however, but rather players at the pro or college level. The simulator is designed to recreate different types of pitches, such as fastballs, curveballs and change-ups, using data gathered from professional pitchers. "I wanna see what it's like to play Madison Bumgarner [San Francisco Giants] before I actually play Madison Bumgarner," says Reilly, who adds that the biggest challenge was to make the ball flight seem realistic.

Coaches using the simulator can set it up to throw pitches exactly where they want hitting to see them, which could be used to work on a person's batting weaknesses. While I do picture the benefits of EON Sports VR's hitting simulator, since it can keep players from wearing out their body, it's hard to feel like you're actually improving your skills. Namely, there's no haptic feedback on your hands, arms or legs, as you'd get from wooden or composite bats: you're basically just posing in front of a projected screen getting virtual pitches thrown at you.

Reilly agrees, although he notes that Major League teams haven't asked for the feature, presumably because they want it to remain a simple solution to traditional batting cages. That said, EON is already working on a bat to complement the simulator, which should help ease my concerns. "The haptic [feedback] is the last domino to fall," he says.

In this article: baseball, baseballsimulator, CES, CES2016, entertainment, EONSports, EONSportsVR, gadgetry, gadgets, gear, hands-on, hittingsimulator, sports, timeline16cesdayfour, timeline16sporttech
All products recommended by Engadget are selected by our editorial team, independent of our parent company. Some of our stories include affiliate links. If you buy something through one of these links, we may earn an affiliate commission.