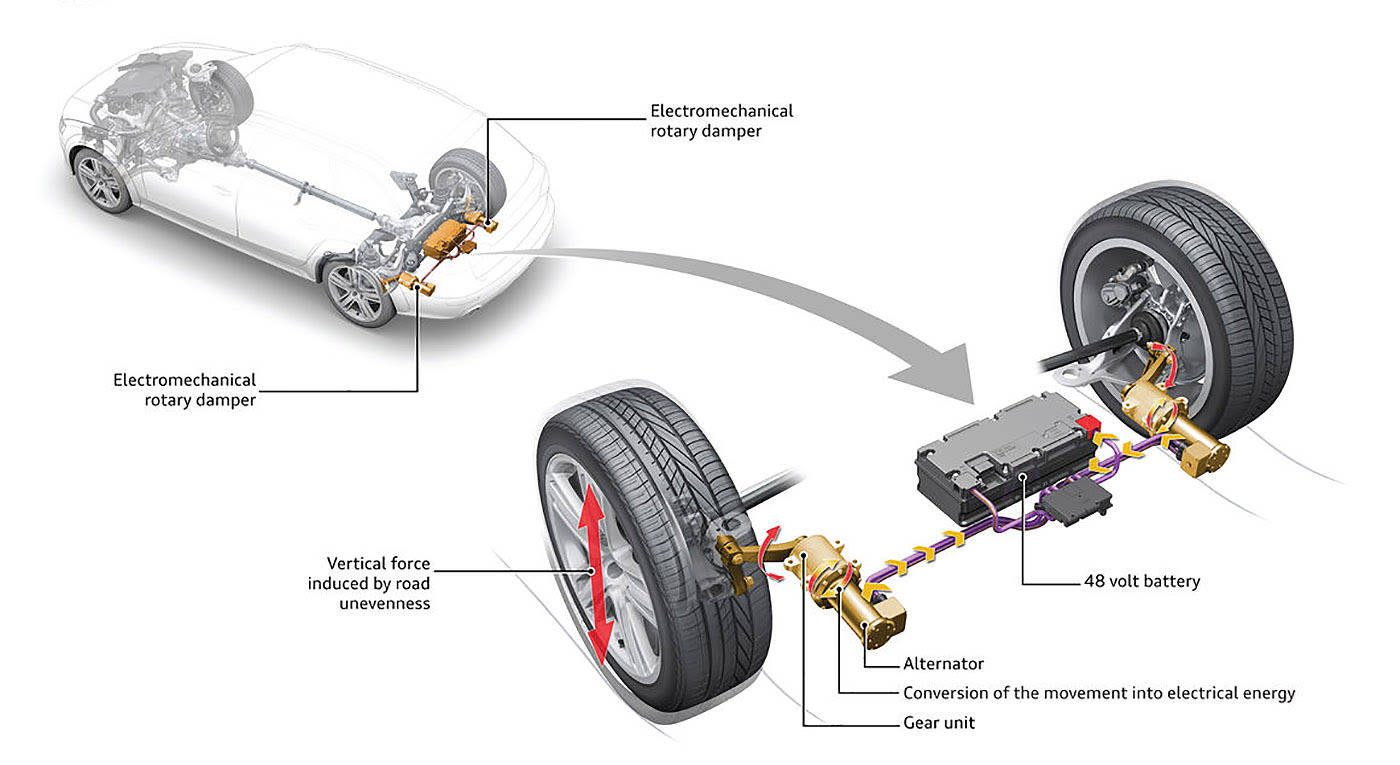 Regenerative brakes capture a lot of wasted energy in hybrid and electric cars, but there's another energy source automakers could exploit: potholes. To harness those tailbone scourges, Audi developed an active suspension called eROT that replaces hydraulic shocks with electromechanical ones. "Every pothole, every bump, every curve induces kinetic energy in the car," says Audi's Dr. Stefan Knirsch. "With the new electromechanical damper system in the 48-volt electrical system, we put this energy to use.

To convert kinetic to electrical energy, the shocks use a lever arm that captures up-and-down wheel motion and transmits it to a 48 volt alternator. It's then converted into electricity, with an average recuperation output of 100 to 150 watts -- as little as 3 watts on a freeway, and up to 613 watts on a rough county road. That's not enough for your AC, but it could power other accessories and reduce fuel consumption a bit. 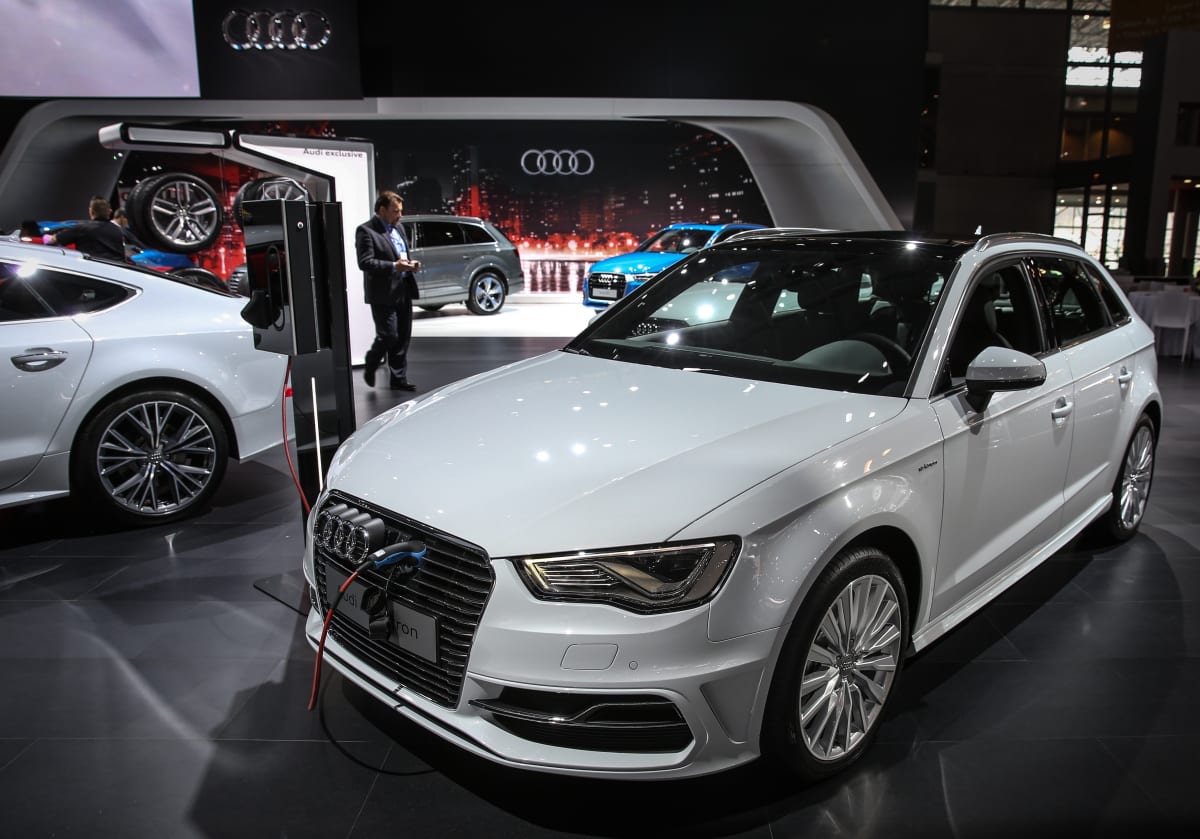 As with any active suspension, it'll also smooth out the ride by adapting to road surface defects and the driver's style. "With eROT, Audi configures the compression stroke to be comfortably soft without compromising the taut damping of the rebound stroke," the article explains. It also saves space in a vehicle's luggage area by eliminating the telescopic shock absorbers.

These aren't the first regenerative shocks we've seen, but Audi says that "initial test results for the eROT technology are promising, thus its use in future Audi production models is certainly plausible." Before it can be commercialized, however, Audi says the vehicle needs a 48-volt electrical system -- luckily, it's is planning on releasing a hybrid vehicle in 2017 equipped with one.

Source: Audi
In this article: ActiveSuspension, Audi, Battery, eROT, EV, green, science, ShockAbsorber, Suspension, transportation
All products recommended by Engadget are selected by our editorial team, independent of our parent company. Some of our stories include affiliate links. If you buy something through one of these links, we may earn an affiliate commission.