Latest in A3 e-tron 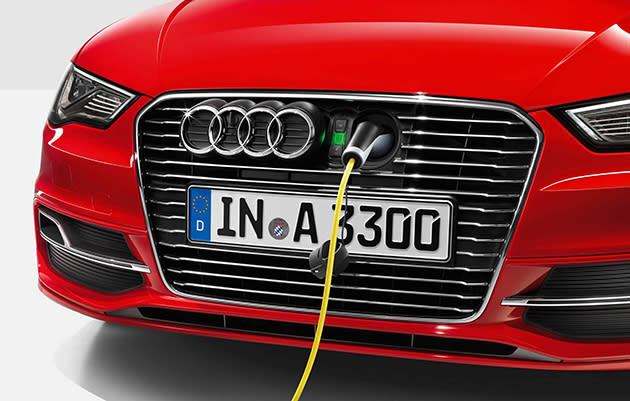 An all-electric car is in the works at Audi that will rival Tesla's Model S. The car will borrow technology from Audi's made-to-order R8 e-tron, and Audi says it's shooting for a range of 450 kilometers (280 miles), or, roughly in line with the class-leading Model S.

"Such a car is under development," Audi CTO Ulrich Hackenberg tells Auto Express. "It is under development and will be in the market for around 2017 but it will not be a sports car." Audi recently started selling a plug-in hybrid in the form of the A3 e-tron, and has plans to bring the tech to other cars in its range. Will the company's first true consumer EV will be a modified version of an existing car or an all-new model? Audi is remaining coy for now, but expect to hear a lot more about the EV before it launches in 2017.

Update (12/3): About that "will not be a sports car." CEO Rupert Stadler tells Bloomberg that Audi's first EV "is probably going to be a crossover, but development work is still ongoing."

In this article: a3 e-tron, audi, e-tron, electric vehciles, ev, plug-in, plug-in hybrid
All products recommended by Engadget are selected by our editorial team, independent of our parent company. Some of our stories include affiliate links. If you buy something through one of these links, we may earn an affiliate commission.