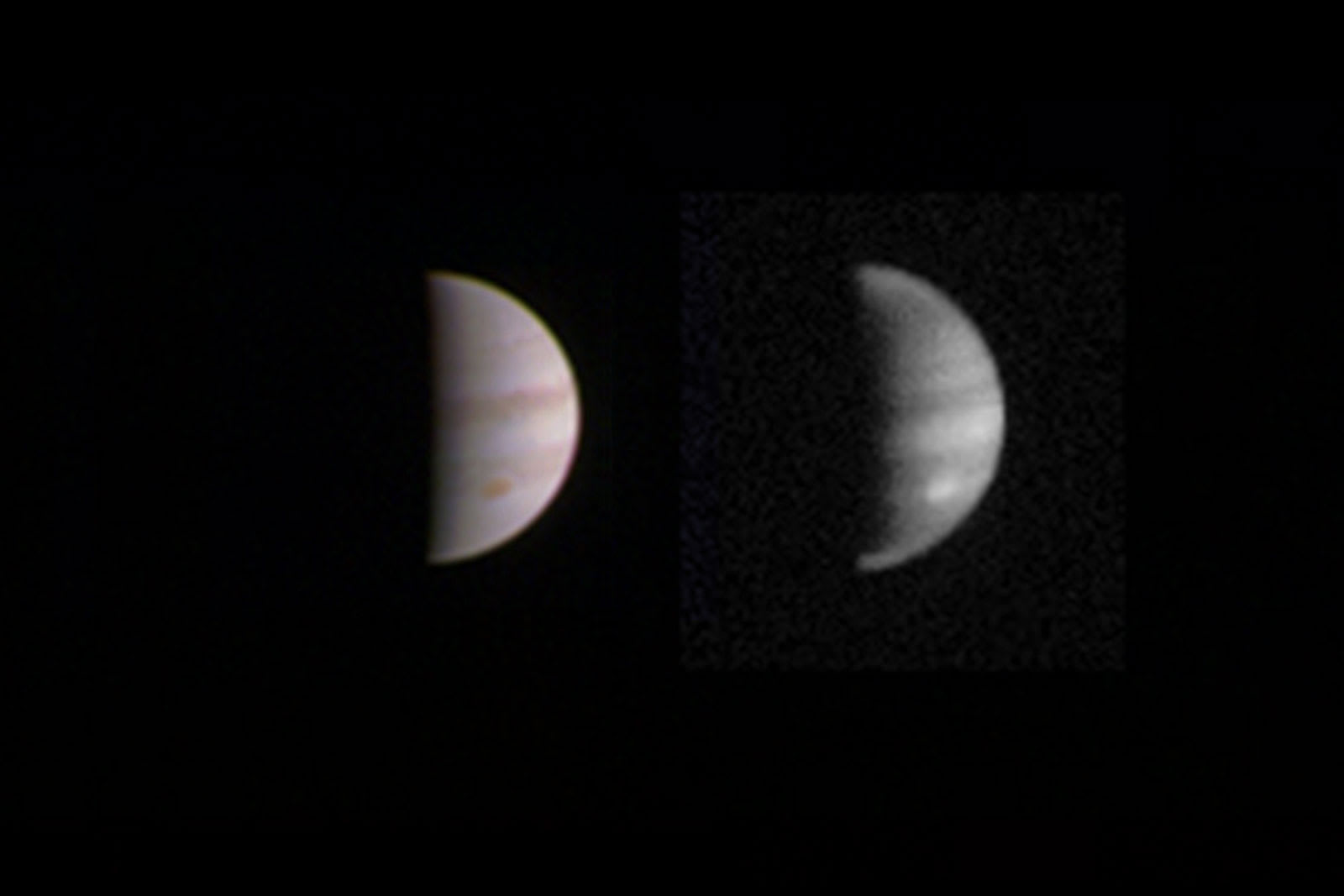 If you thought the Juno probe's first photos of Jupiter were tantalizing, you're in for a treat. The spacecraft just completed the closest approach it will take during its primary mission around the gas giant, passing a mere 2,600 miles above the surface early on the 26th. It's the closest any vehicle has been to Jupiter, and NASA researchers already believe that they'll discover new things about the Jovian world once they process the data (which could take "some time," NASA warns). And of course, it's a prime photographic opportunity. You'll not only get the sharpest-ever photos of Jupiter's atmosphere when photos arrive late next week, but the first good look at the planet's poles.

This isn't the only close-up, as there are 36 in total before the mission winds down in February 2018. As such, you'll probably learn a lot more about Jupiter in the next few years as scientists make sense of what they've found. However, this fly-by could easily be the most important of the bunch. It's the first opportunity the Juno team has had to use all its scientific gear since entering orbit, and it's unlikely that a probe will get that close for a long, long time.

Source: NASA
In this article: juno, junocam, jupiter, nasa, planet, probe, science, solarsystem, space, spacecraft
All products recommended by Engadget are selected by our editorial team, independent of our parent company. Some of our stories include affiliate links. If you buy something through one of these links, we may earn an affiliate commission.