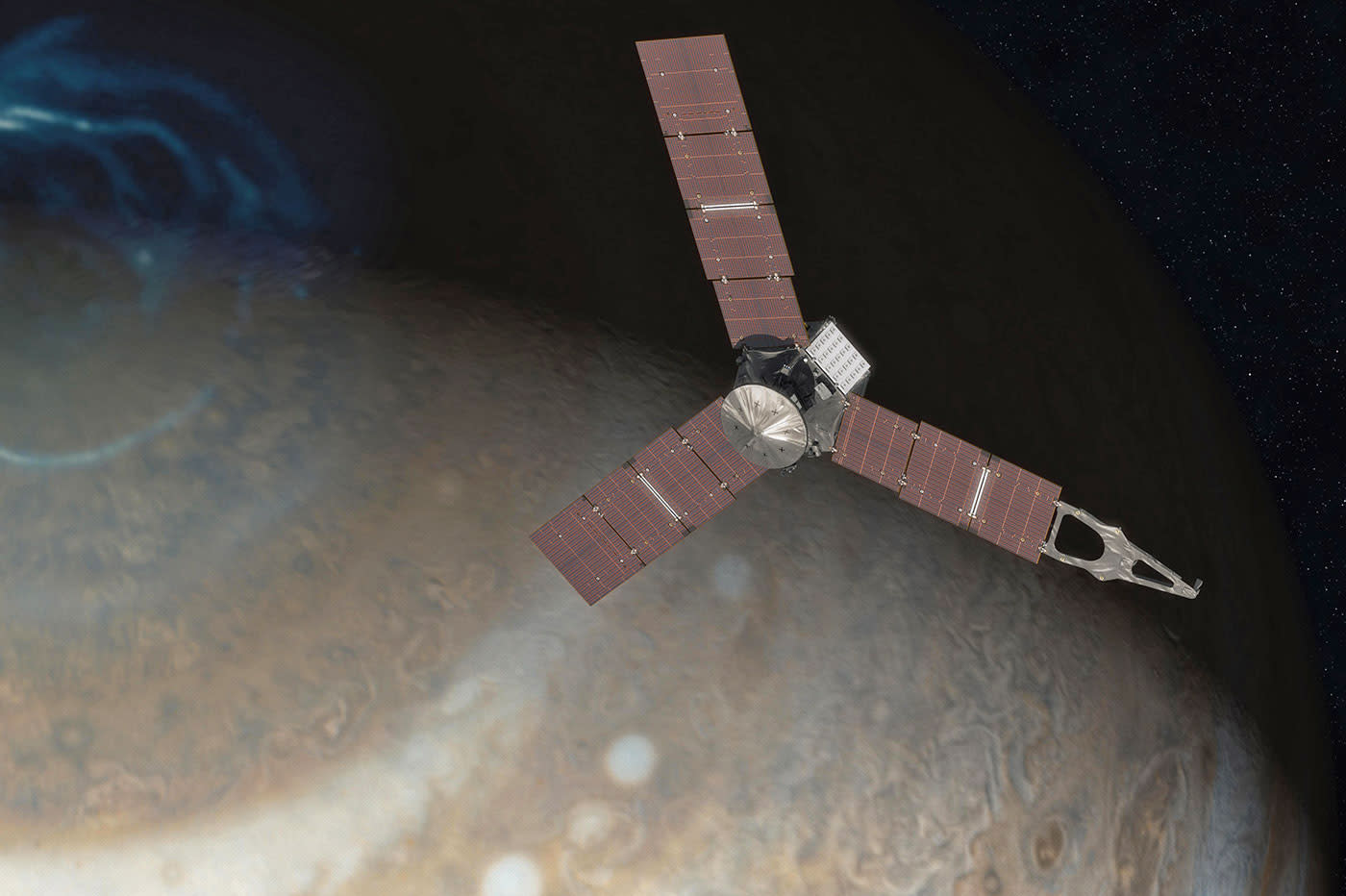 Juno's five-year journey has come to an end, and soon, it will start taking measurements and capturing images of the largest planet in our solar system. The spacecraft, which aptly carries Lego figures of the Roman god Jupiter, his wife the goddess Juno and Galileo, has entered Jupiter's orbit after firing up its engines before midnight and performing a 35-minute maneuver. That was much harder to accomplish than it sounds -- it had to be at the right speed to be captured by the gas giant's gravity, or it would have slipped right past it. In the end, everything went well, and the spacecraft's arrival was off only by a second.

"With Juno, we will investigate the unknowns of Jupiter's massive radiation belts to delve deep into not only the planet's interior, but into how Jupiter was born and how our entire solar system evolved," NASA chief Charlie Bolden said in a statement.

Besides entering Jupiter's orbit, the probe has also successfully turned toward the sun. Now that NASA is sure the spacecraft's solar arrays can capture enough sunlight to power it, Juno's initial 53-and-a-half day orbit has begun. We won't have to wait long to see and hear more about the planet either: Bolden says the probe's science phase will officially begin in October, but it will start collecting data much earlier than that.

Juno is slated to orbit Jupiter 37 times within the next 20 months to uncover its secrets. Those include understanding how it (and similar planets) formed and evolved, figuring out if it has solid core, mapping its magnetic field, measuring the amount of water, oxygen and ammonia in its atmosphere, as well as observing its majestic auroras. After it's done, NASA plans to crash Juno into the gas giant to avoid collision with the planet's biggest moons.

#Juno turned back toward the sun, has power and started its tour of #Jupiter in an initial 53.5-day orbit pic.twitter.com/iwRSSOwPwX

#Juno is in Jupiter's orbit! See how the team is feeling and find out what's next at 1am ET: https://t.co/KX5g7yYnYG pic.twitter.com/TlcOjCVE4E