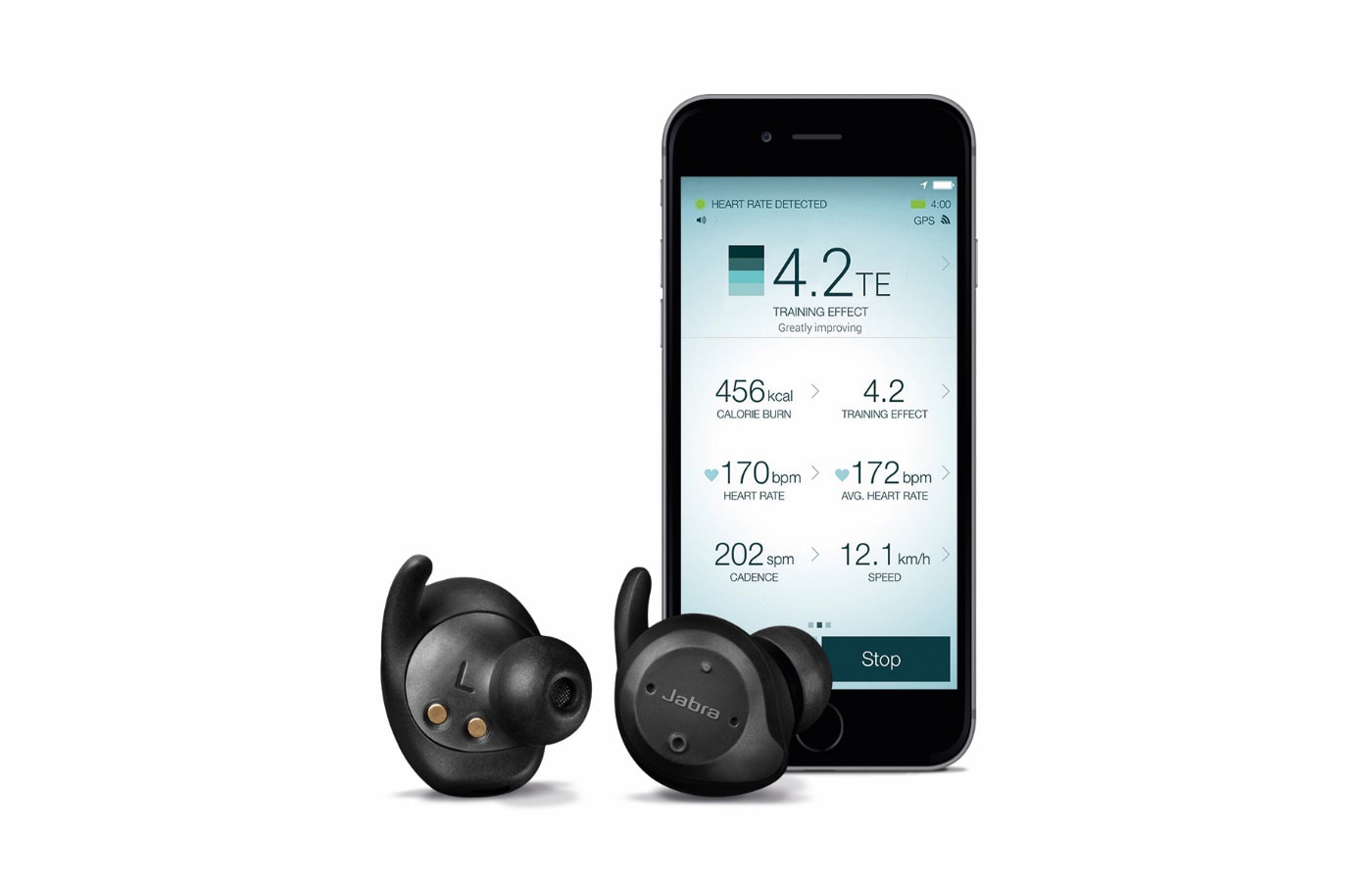 Jabra just announced a two revised sports headphone models last month, but the company is already back with more portable audio news. This time around, the in-ear headphones are truly wireless without a short cord to connect the two buds. Following on the heels of the Bragi Dash and Samsung Gear IconX, Jabra's Elite Sport is two separate wireless earbuds that offer heart rate tracking.

In addition to keeping you free of cord tangles during a workout, the in-ear headphones analyze physical activity by keeping tabs on your pulse (with 90 percent or greater accuracy) and VO2 Max levels. More specifically, you can expect details on distance, pace, route, calories, and more. Like previous Jabra models, the Elite Sport also works with the Sport Life app for coaching tips during your session. They're also IP67-rated for water resistance and Jabra tacks on an extra 3-year warranty to protect against sweat damage.

In terms of battery life, Jabra claims up to three hours of music and calls before you'll need to recharge. That can be done with a portable charge case that's included with the headphones. While Samsung noted that battery life took a major hit when fitness tracking was turned on, Jabra doesn't mention it. That's not to say battery life doesn't take a hit when the heart rate monitor is being used on the Elite Sport, Jabra just didn't clarify. For comparison, the $199 Gear IconX can be used for 3.4 hours or music or during a 1.5-hour workout if you're listening to tunes at the same time. Jabra's Elite Sport will also cost your $50 more, but if that doesn't deter you, they'll go on sale at Best Buy October 30th.

In this article: av, earbuds, elitesport, gear, headphones, heartratemonitor, ifa2016, in-ear, jabra, jabrabelitesport, TL17WIBUD, truewireless, wirelessheadphones
All products recommended by Engadget are selected by our editorial team, independent of our parent company. Some of our stories include affiliate links. If you buy something through one of these links, we may earn an affiliate commission.