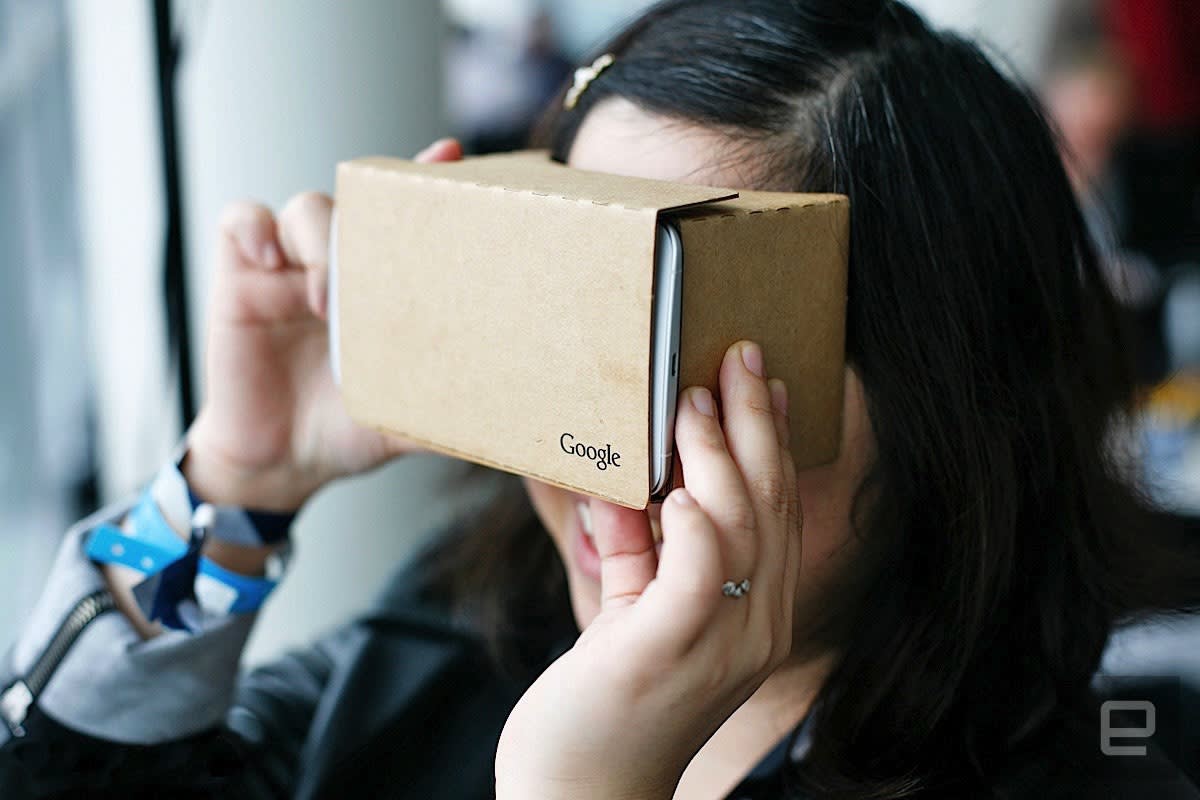 One of the biggest challenges facing virtual reality is a matter of creation. If you have lots of cash, you can make things happen, but it's been a bit more challenging for people whose best camera is their smartphone. Google's working on changing that -- last December, it released the Cardboard Camera app for Android, and today it has arrived for iOS.

While it might not let you shoot highly involved VR video, Cardboard Camera still manages to make some pretty excellent creations. Using it is similar to shooting a panorama photo, something most smartphone owners are used to at this point. In this case, you'll shoot in full 360-degrees, turning consistently to your right until you've gone around a full circle. The app also gives you the option of recording audio to add the ambience of the scene to your finished creation.

Once done, you can view the photo in Google's Cardboard VR viewer. Unfortunately, the app doesn't have you capture what's above or below you, so the "VR" aspect of this isn't nearly as robust as it could be. But still, in a pinch, it's a fun way to create and share more immersive photos. In fact, Google has added better sharing features so that you can send and receive VR photos created in the app. You can share individual photos or galleries through Google Drive, and the recipient will be prompted to download and install the Cardboard Camera app if they don't already have it.

In this article: apple, cardboardcamera, gear, google, googlecardboard, iosapp, mobile, vr, vrphotos
All products recommended by Engadget are selected by our editorial team, independent of our parent company. Some of our stories include affiliate links. If you buy something through one of these links, we may earn an affiliate commission.