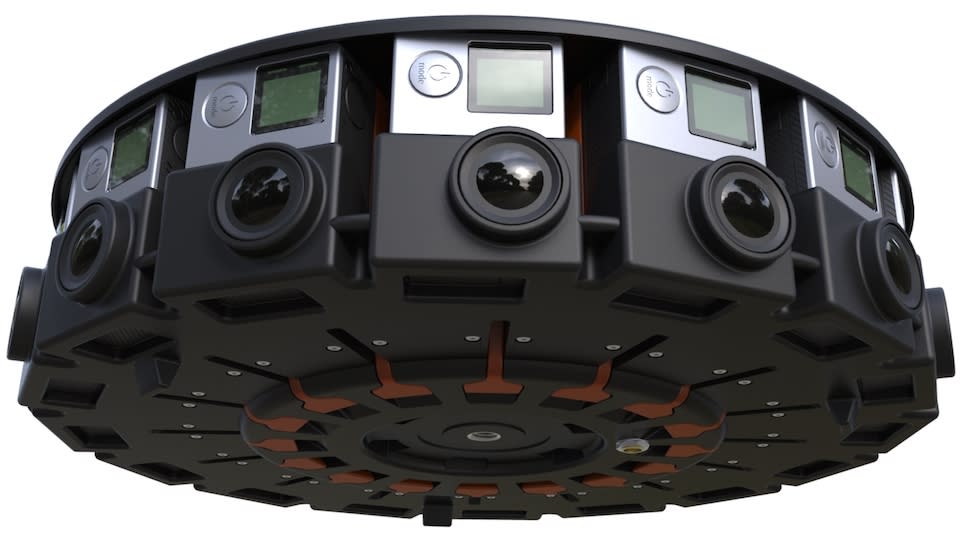 Now that Google has announced Jump, a new VR technology platform that lets you create and share 3D content, you're probably wondering how you can do exactly that. Well, Google has partnered with GoPro to come up with a solution: a 360-degree camera array built out of 16 GoPros. The circular rig boasts camera syncing, multi-camera control and a super-long battery life so it can stand out there to capture as much crazy 3D footage as you can conjure up. From there, you can just hand over the video to Google's Jump software and it'll process it for you. And, if you like, you can share it with the world so that anyone with a VR headset -- Cardboard or not -- will be able to see it. We're hearing from Google that the 360-degree camera will be seeded out to a few select YouTubers at least initially, but it'll eventually be up for purchase to any and all wannabe VR content creators. Meanwhile, you should check out the video below to see an interactive (use your keyboard or mouse to look all around you) 3D video shot with the GoPro 360-degree camera array. In this article: google, googleio2015, gopro
All products recommended by Engadget are selected by our editorial team, independent of our parent company. Some of our stories include affiliate links. If you buy something through one of these links, we may earn an affiliate commission.