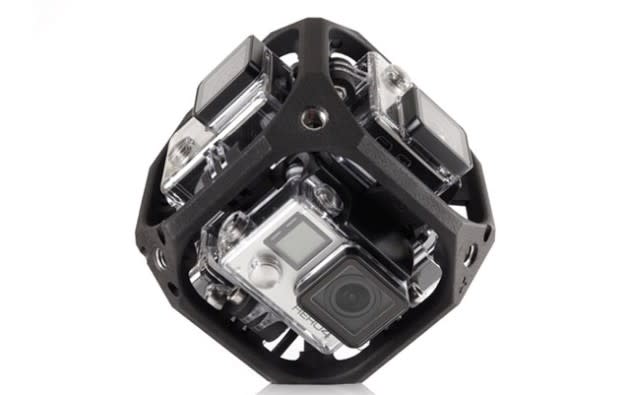 In case you were wondering what the next move is for GoPro as it keeps its action cameras one step ahead of cellphones and DSLRs, we have answers: virtual reality and drones. CEO Nick Woodman announced both projects tonight during an interview at the Code Conference. GoPro showed off a spherical camera rig after it acquired Kolor last month, a company that specializes in stiching together the resulting footage so it can be experience in VR. The Six-camera Spherical Array should arrive later this year, and a GoPro-branded quadcopter is planned for next year. There's fewer details available about that, but rumors late last year pointed to a model priced between $500 and $1,000.

In this article: ActionCamera, codeconference, drone, gopro, quadcopter, sphericalcamera, uav
All products recommended by Engadget are selected by our editorial team, independent of our parent company. Some of our stories include affiliate links. If you buy something through one of these links, we may earn an affiliate commission.