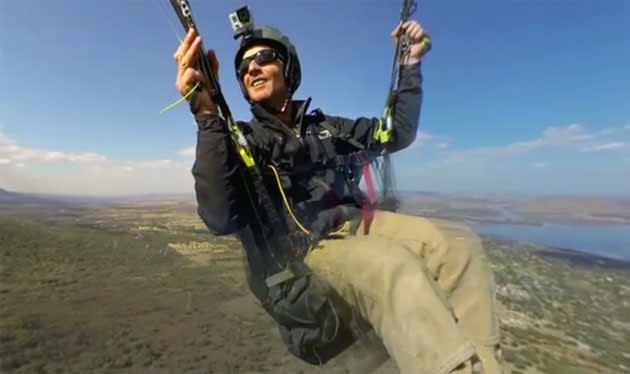 GoPro is expanding its horizons... in a very literal sense. The action camera maker has just acquired Kolor, a French outfit that specializes in videos for virtual reality and 360-degree viewers. It doesn't take much divination to figure out what GoPro wants to do with its new team, as you might imagine. The company hopes to develop new ways for "capturing, creating and sharing" spherical media -- it may not take as much effort to cobble together a 360-degree GoPro clip as it does today. As an example of what's possible, GoPro has posted an interactive video (below) showing how multiple cameras can immerse you in sports footage.

The move should help what's already proving to be a booming business. GoPro just reported its earnings for the first quarter, and it's nothing but good news. The company's revenue jumped 54 percent year-over year to $363.1 million, and its profit more than doubled to $16.8 million. That's the second-highest quarter in the company's history, which is no mean feat given the usual post-holiday lull. It's easy to see why the firm raked in so much cash, though. GoPro has made it a point to expand beyond hardware to become a media empire, with presences in everything from extreme sports events to the NHL. Simply put, many more people are aware of GoPro's cameras and what they can do -- it's no surprise that at least some of them would buy cameras of their own.

In this article: acquisition, actioncamera, earnings, gopro, kolor, q12015, video, virtualreality, vr
All products recommended by Engadget are selected by our editorial team, independent of our parent company. Some of our stories include affiliate links. If you buy something through one of these links, we may earn an affiliate commission.