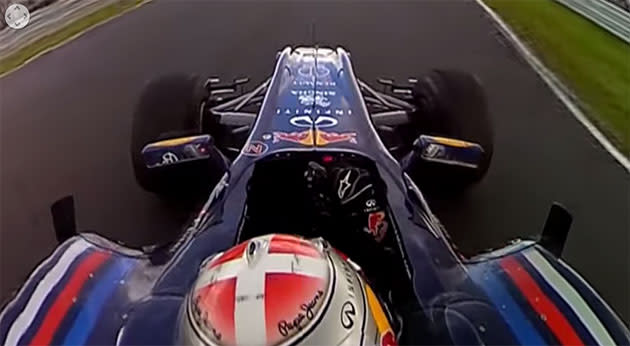 If you picked up a camera that captures video in 360 degrees, sharing that footage just got a little easier. YouTube now supports 360-degree video uploads, so getting the action to eager viewers is a breeze. What's more, if folks watch with the YouTube Android app, moving a phone or tablet pans around all the different angles. I tried it out with the Red Bull F-1 video above, and it's pretty awesome. The same action is done with a mouse click in Chrome too, and support for iOS is on the way. When you upload the file, there's a script you'll need to run to tack on the appropriate metadata, insuring that the footage displays its 360-degree views properly. Soon, that process will be automatic, but for now, it's a necessary step. Ready to see it in action? Well, there's a playlist on the other side of the break that'll allow you to do just that.

In this article: 360, 360degrees, 360degreevideo, google, hdpostcross, video, youtube
All products recommended by Engadget are selected by our editorial team, independent of our parent company. Some of our stories include affiliate links. If you buy something through one of these links, we may earn an affiliate commission.