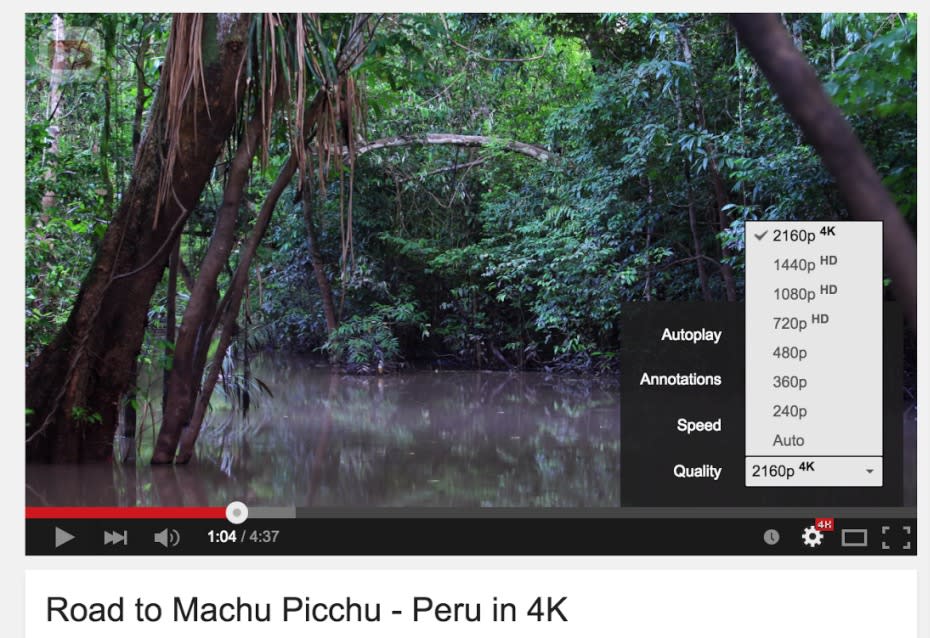 Even though most of us are only just now starting to look at 4K / Ultra HD, YouTube has had support for the high-res video since 2010 (just two years after it started streaming in HD!). With more than four years of experience under its belt the video service has a bigger library of 4K video than you might think, and starting today it's highlighting that with a special label (shown after the break) to point out 4K videos. According to a spokesperson, 4K uploads tripled last year, and searches for 4K video continue to increase. YouTube says that the VP9 codec it showed off last year is helping that video squeeze through connections of all bandwidth sizes, so give those high quality streams a shot.

In this article: 4K, badge, Google, hdpostcross, internetvideo, streaming, video, YouTube
All products recommended by Engadget are selected by our editorial team, independent of our parent company. Some of our stories include affiliate links. If you buy something through one of these links, we may earn an affiliate commission.