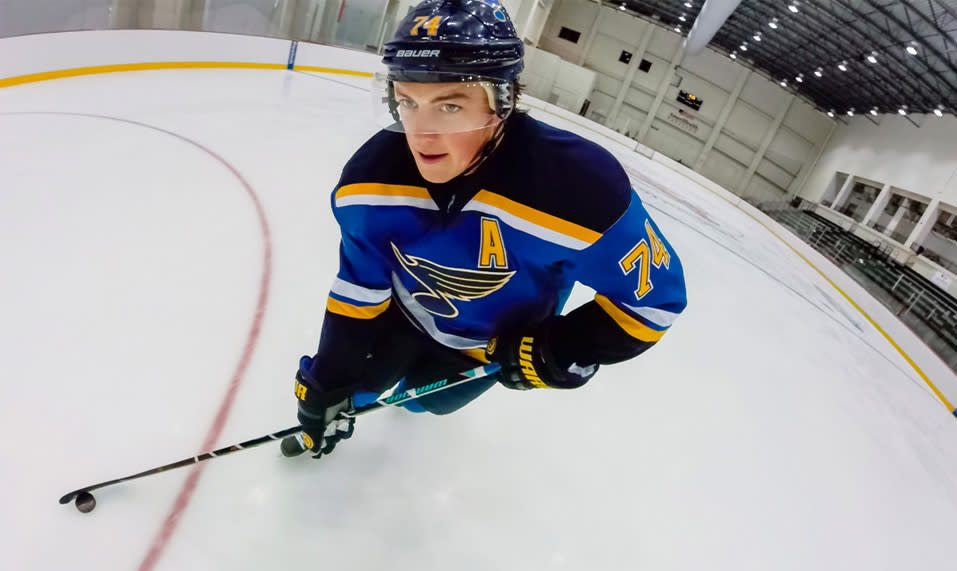 If you were wondering exactly how GoPro planned to move into live TV broadcasting, we can tell you now. The company has signed a deal with the NHL/NHLPA that will see its cameras deliver real time content during NHL national and regional game broadcasts, starting this weekend. This isn't the first time the two have collaborated, rather it's an extension of their existing partnership. The fun will kick off at the All Star Weekend in Columbus, Ohio, where you'll be able to watch live from the players' point of view (on Saturday), as well as various other better-than-rink-side angles. Sunday's game will also feature live footage from the company's cameras, though the NHL's plans for the technology for the rest of the season aren't specified. While Saturday is the first official partnership for GoPro's broadcast solution, some footage has already made it to our screens. At X Games, Colton Moore raced with a GoPro and transmitter during the Speed and Style snowmobile competition, which ESPN used during its coverage last night.

The move into live broadcasting comes at a crucial time for GoPro as it seeks to grow into new areas beyond selling consumer cameras. Another recent media deal saw the company's own media channel find its way to LG's latest line up of TV sets (it's already on Xbox, and in-flight with Virgin America). Beyond the live action we'll see from the NHL, expect the GoPro footage to be an on-going source of content for replays, post-match analysis, and of course the usual social channels.

In this article: espn, gopro, hockey, livebroadcast, nhl, tv
All products recommended by Engadget are selected by our editorial team, independent of our parent company. Some of our stories include affiliate links. If you buy something through one of these links, we may earn an affiliate commission.