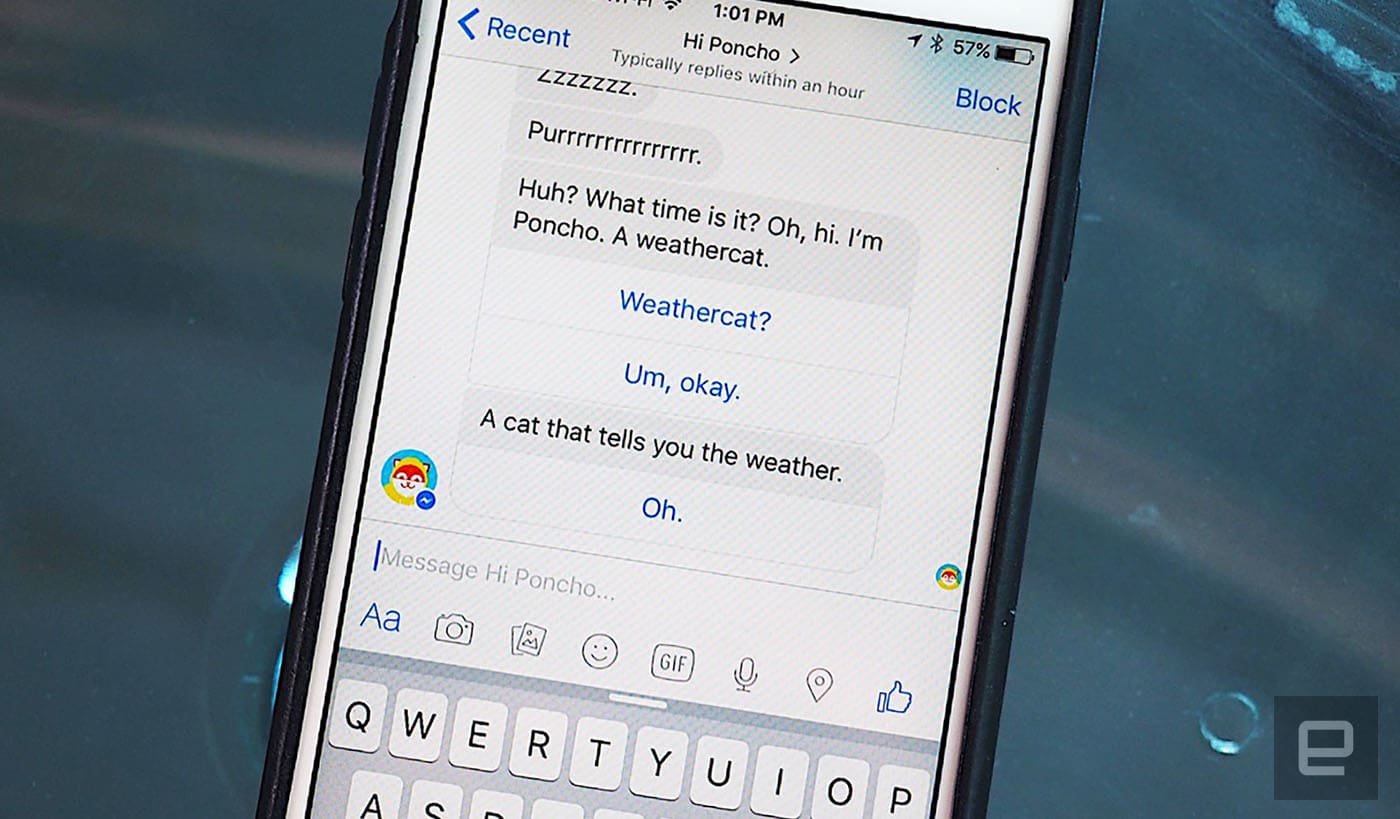 Chatbots were oversold and not that great when they first launched earlier this year, Facebook Messenger VP David A. Marcus told Techrunch's Disrupt conference. "The problem was that it got really overhyped very, very quickly," he said. "And the basic qualities we provided at that time weren't good enough to replace traditional apps."

The problems, he added, are typical with the growing pains for any ecosystem. It didn't help that Facebook gave developers a very limited amount of time (just two weeks) to develop the first bots before they debuted at the F8 developer conference in April. "This is a long journey, and you have to start somewhere," said Marcus.

Despite that, Facebook is now satisfied with the way bots are progressing. 34,000 developers are now working on them, and the platform has over 30,000 bots total -- triple the number since July. To prove that they're getting better, he cited chatbots that let you pay, and others that can display web content directly on Messenger. Other successful bot categories include news bots, mapping and retail sales.

Facebook has developed a lot of AI tech to support the bots, including apps that can recognize objects and read books to learn more quickly. It has open-sourced not only the algorithms, but the hardware and servers that can do the intensive number-crunching required. If machine learning advances as fast as some experts believe (and fear), the bots should become very capable, very quickly.

Source: Techcrunch
In this article: Bots, culture, DavidAMarcus, facebook, FacebookBots, Messenger, mobile, video
All products recommended by Engadget are selected by our editorial team, independent of our parent company. Some of our stories include affiliate links. If you buy something through one of these links, we may earn an affiliate commission.