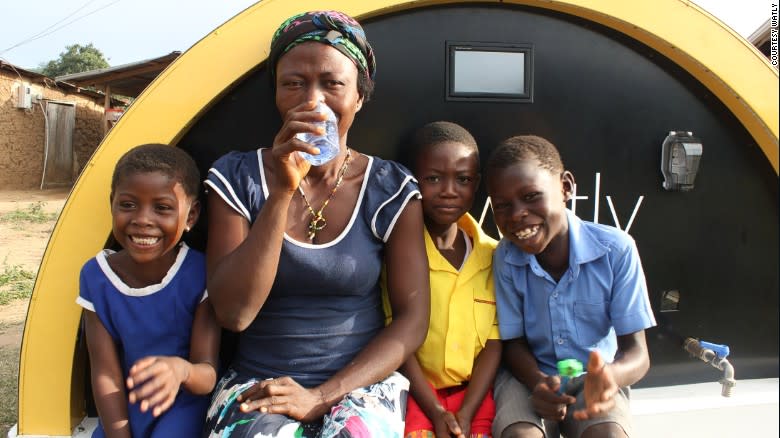 Poised to overcome the impossible

Over 625 million – or 68% - of people in Africa have no access to electricity or clean water. It's something that we take for granted in America. Our bitterest complaint may have to do with being stranded in a remote location and not being able to get a wifi signal or a Diet Coke. On the continent of Africa, where decades of war, corruption, exploitation and despotic regimes have eroded infrastructures that could provide basic living amenities, people exist in states of critical need.

One company hoping to fill that vital need is Italian-Spanish startup, Watly. Overseen by engineering technician and renewable energy expert, Marco Attisani, engineering and electronics technician Suhan Checuz, and industrial engineer Marcos Bassols, Watly is poised to disrupt the future. The prototype has been in development for over 3 years in a remote village in Ghana, South Africa and will be part of a Discovery Channel documentary later this year.

Solar energy is the next paradigm of power production and Watly will bring water and electricity to remote and drought riddled areas. Watly is a versatile solar-powered generator – a power station – that produces it's own electricity, purifies water and provides Internet access. Because it can power itself, Watly is uniquely suited for use in developing countries where electricity is unreliable.

It's like a science fiction dream come true and proof that solar power is a viable and superior alternative to fossil fuels. As well as being able to purify contaminated water from any source, including sewage, Watly can desalinate seawater and render it drinkable. It also has a multi-electric charger for external devices such as mobile phones, computers, or lamps. Estimates predict that each Watly unit will reduce greenhouse gas emissions by 2,500 tons during its 15-year lifetime.

Still, a lot of cautious optimism surrounds the groundbreaking project. As with any invention that has the potential to cut out middlemen's profit and disrupt the status quo of money networks, some anticipate resistance from African governments. Innovation scholar, Diran Soumonni, says "No matter how cool it is as a technical gadget, unless it gets used it's not considered to be a successful innovation." Soumonni's hesitation originates from the fact that historically, African governments have been slow to adapt cost-effective solutions, preferring legacy projects that to date, have done little to address the serious electricity and water shortages in many regions. Watly's team hopes to transcend the politics and bring the innovation to regions worldwide. They'll need some major investment and have set up an Indiegogo campaign. Check out Vimeo for a detailed rundown of the Watly system.