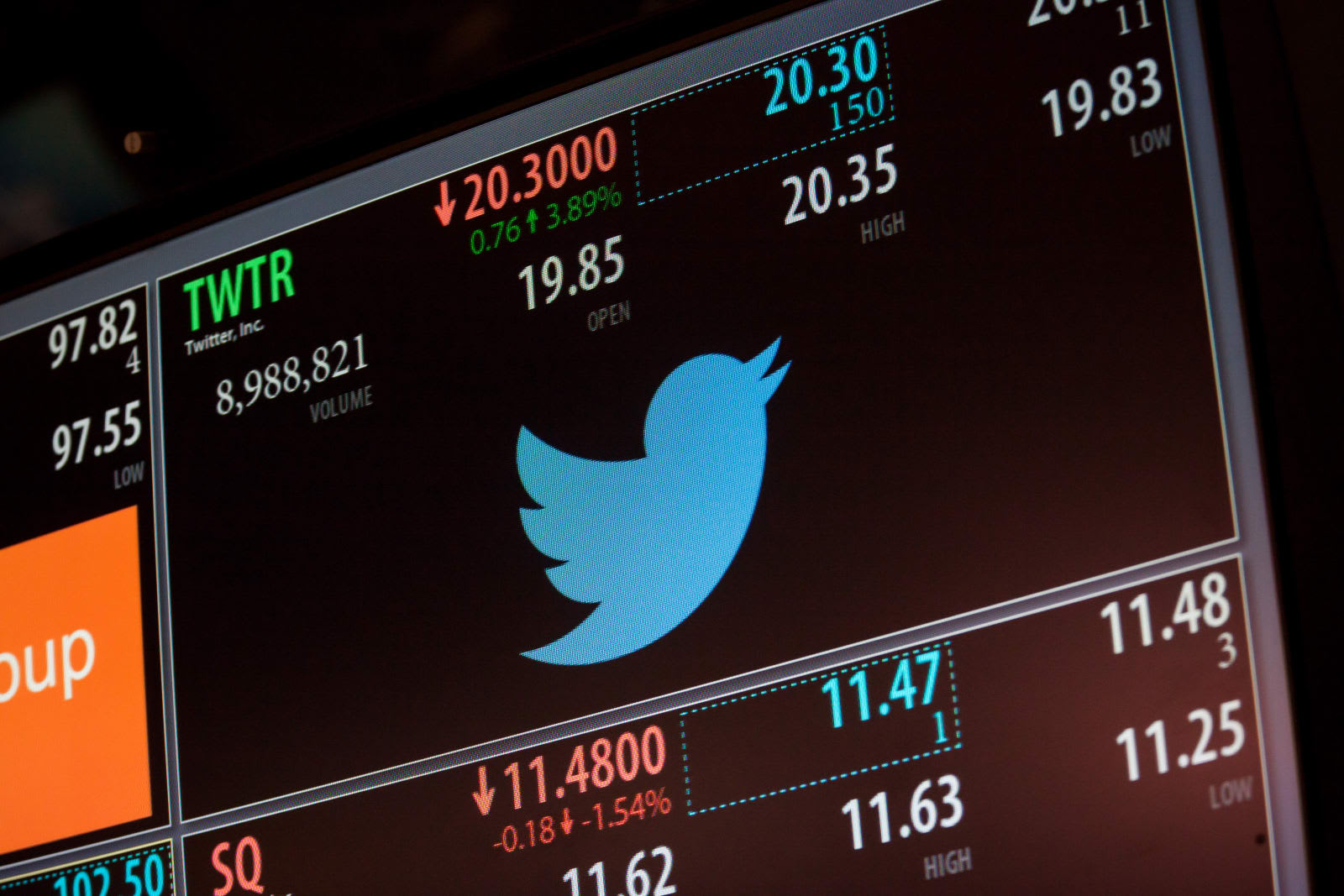 In recent months, Twitter has come in for all sorts of criticism over how it runs the company. With growth flat, profits continuing to fall and negative reactions from users over how it's combating harassment on the platform, some have called for a bigger company to step in and help make those troubles go away. According to CNBC, that could well happen, after sources close to the company said that Google, Salesforce and other technology companies are "engaged in conversations" with the social media giant over a possible sale.

The news has investors excited; at the time of writing, Twitter's share price has rocketed 20 percent and is climbing steadily. CBNC says that the company has "received expressions of interest" from numerous parties but has not yet received a formal bid -- although one could come shortly.

Google, which has tried and failed numerous times to innovate in the social media space, has the resources to buy the company but also to accommodate Twitter's global team. Salesforce, known for its CRM tools and cloud computing expertise, is also extremely cash rich and could add Twitter to its diverse line-up of social and cloud enterprise services. (Update: TechCrunch also reports that Engadget's parent company Verizon, as well as Microsoft, are also in the running).

Sources have indicated that suitors may be more interested in Twitter's data than its position as a media source, which admittedly doesn't sound great for users. But then again, what social network isn't monetizing its users nowadays?

Source: CNBC
In this article: acquisition, gear, google, internet, sale, salesforce, twitter, verizon
All products recommended by Engadget are selected by our editorial team, independent of our parent company. Some of our stories include affiliate links. If you buy something through one of these links, we may earn an affiliate commission.