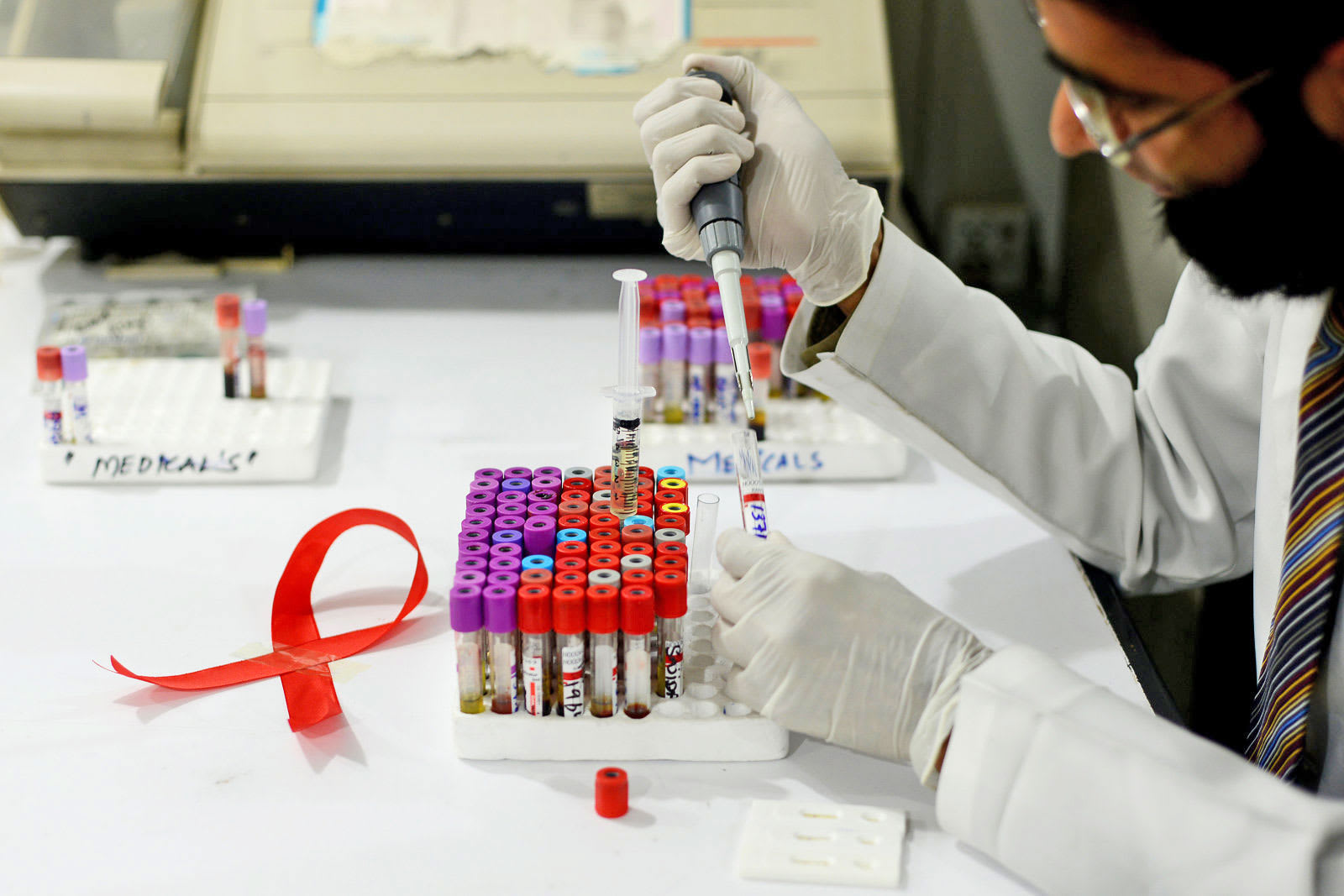 Most recent news on the fight against HIV has focused on preventative medicine and suppression, but British scientists might be inching toward an honest-to-goodness cure. A 44-year-old social worker in London appears to be completely free of the virus after undergoing an experimental "kick and kill" treatment as part of a trial. The patient first took a vaccine to help his immune system detect infected cells, and then took Vorinostat to activate dormant infected cells that normally don't get caught. After that, it was just a matter of letting the healthy parts of the immune system kill off all the HIV, theoretically eliminating any chance of the virus coming back.

The researchers are quick to stress that there's a long, long way to go before they're shouting about this therapy from the rooftops. The social worker is just the first of 50 to finish the trial, and he'll have to wait months to confirm that HIV is no longer in his system. There's also a chance that the patient's doses of conventional medicine are contributing to the seemingly clean bill of health. And even if everything is fine after this first experiment, the tests will carry on for another 5 years.

Still, the findings are promising. A drug cocktail like this is relatively straightforward compared to more elaborate attempts to kill or neuter HIV, such as gene editing. If it clears all the necessary hurdles (and HIV doesn't evolve to resist the medicine), the virus won't pose nearly as much of a threat as it has in decades past.

Via: Gizmodo
Source: Sunday Times (reg. required)
In this article: aids, cure, disease, hiv, medicine, science, virus, vorinostat
All products recommended by Engadget are selected by our editorial team, independent of our parent company. Some of our stories include affiliate links. If you buy something through one of these links, we may earn an affiliate commission.