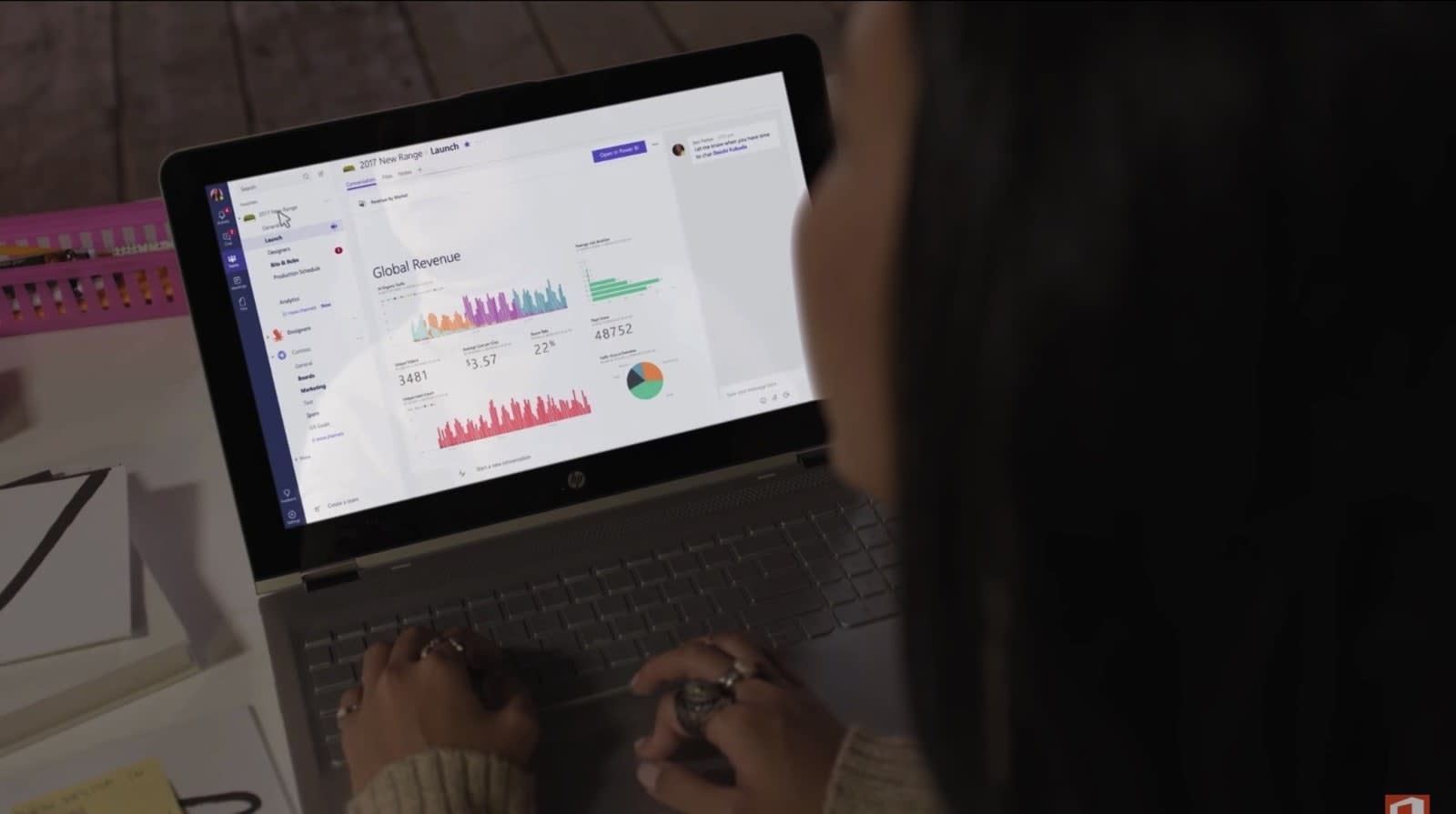 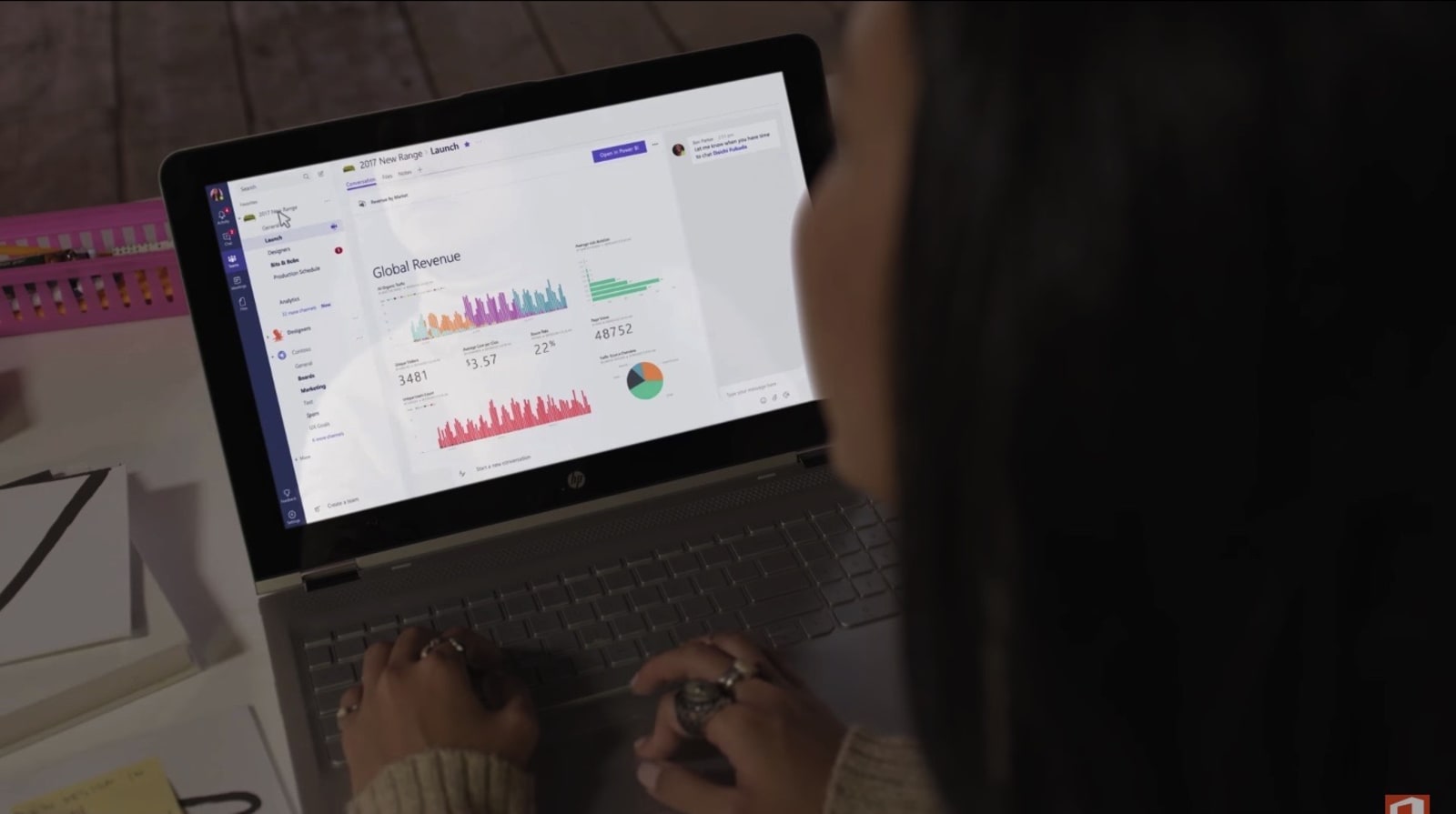 Because Yammer isn't quite enough to take on Slack, Microsoft is launching yet another business chat app: Teams. It'll be part of the Office 365 suite, and from the video below, it looks like it'll differentiate itself from Slack and Hipchat with threaded chats, Office document collaboration and multi-person video chat. Basically, the company is trying to bring all of productivity strengths together in a single app. "How to assemble a high performance team and setting them up for success is one of the central pursuits for any organization," Microsoft CEO Satya Nadella said on stage. "No two teams are the same, no two projects are the same. There's no universal tool for teams, but rather a universal toolkit we call office 365. Empowering teams is more than just solving any logistical challenge of bringing people to the same place."

Nadella described Yammer as a "bulletin board for the entire company," and noted that plenty of teams are already collaborating using Skype for Business chats, as well. But there's still a need for a single, cohesive app to bring all of that together. Teams is a "chat-based workspace" designed around real-time collaboration, Nadella said. It won't be replacing Yammer immediately, though it's easy to see how it could eventually do so. On the mobile front, there will be Teams apps for Windows Phone, iOS and Android.

Teams is akin to an "open office-space environment," according to Office 365 corporate vice president Kirk Koenigsbauer. It brings in all of the features you'd expect, like group messaging, and Skype integration for video and voice calls, along with things Slack doesn't yet offer, like the aforementioned threaded chats. And yes, there will be plenty of emoji integration to spice up your boring work chats. You can also move between different teams pretty easily, something that's much more difficult with Slack.

It's hard not to view Teams as yet another entry in a crowded collaboration market. But it packs in some thoughtful features that might tempt over users of other apps. The main screen for each team has a tabbed interface that lets you quickly locate other files, tasks that need to be completed and even third-party apps. In an on-stage demo, a Microsoft rep showed off how a Zendesk tab could let you quickly access tickets associated with the Team. The helper bot for Teams, "T-Bot," can also help you figure out the app with simple conversational language.

Teams wasn't exactly a secret. It's been rumored for months, and Slack went so far as to take out a full page ad in the New York Times to welcome Microsoft as a direct competitor (with a health amount of posturing, naturally).

If you're eager to try out Teams, you can access it today as part of a customer preview in Office 365. It'll be available in 18 languages across 181 countries. Moving forward, Microsoft plans to include it with all Office 365 Enterprise and Small Business Suite subscriptions starting in the first quarter of next year.

In this article: business, culture, microsoft, MicrosoftTeams, Slack, Yammer
All products recommended by Engadget are selected by our editorial team, independent of our parent company. Some of our stories include affiliate links. If you buy something through one of these links, we may earn an affiliate commission.