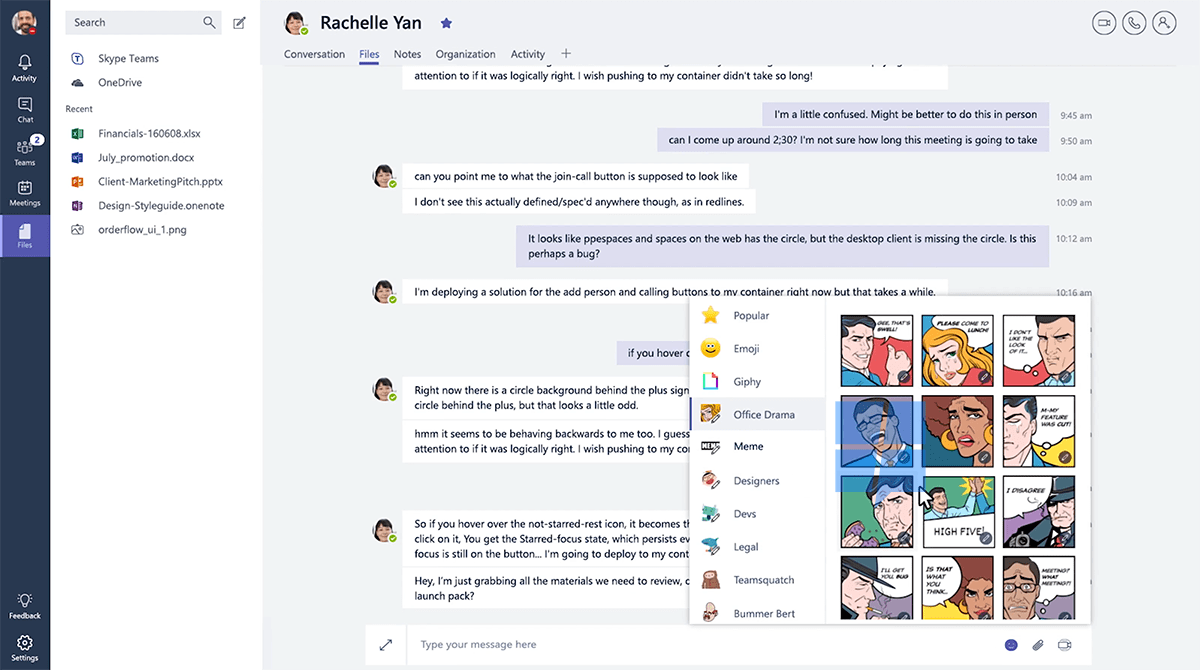 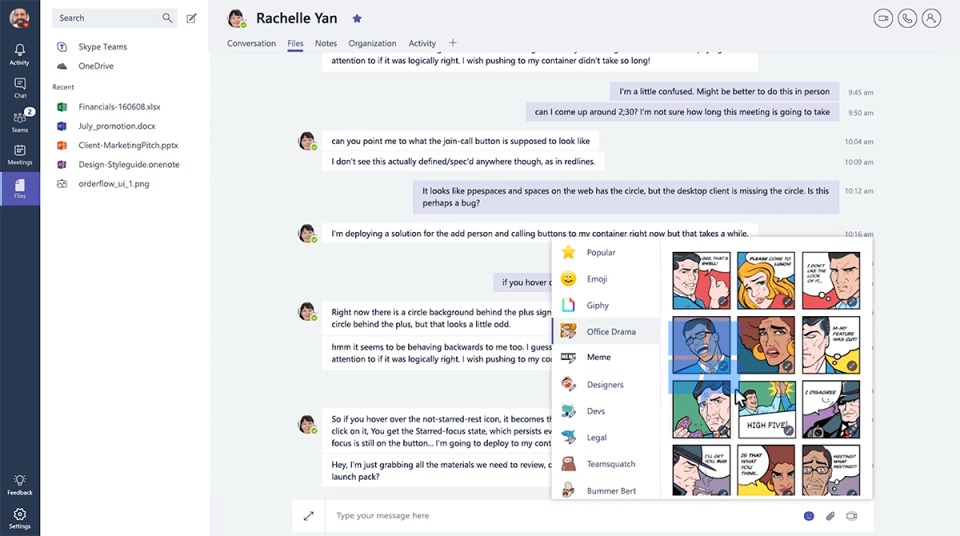 Microsoft is building Skype Teams, a group messaging service that's similar to Slack, according to a report from Microsoft news blog MSPoweruser. Skype Teams takes a lot of the features that makes Slack so popular, including the ability to add channels, share files and privately message people, and it adds a few more functions.

For example, users will be able to reply to individual messages in a group chat, like responding to a comment on Facebook. Skype Teams also features Office 365 integration, bringing in tools like PowerPoint, Excel and Word, MSPoweruser reports. Microsoft's "Fun Picker" offers emojis, memes, cartoons, Giphy GIFs and other conversation enhancers for the modern group chatting mogul.

Skype Teams users will also be able to make video calls directly from the app, MSPoweruser says. Slack added the ability to make voice calls back in June, but not before Skype rolled out its own in-Slack video call functionality.

Microsoft is aiming to bring Skype Teams to the web and mobile devices, but there's no word on when Skype Teams will go public, MSPoweruser says. However, Microsoft is testing the service internally and plans to roll it out for Office 365 subscribers first, according to today's report.

In this article: culture, GroupMessaging, internet, messaging, microsoft, mobile, services, skype, SkypeTeams, slack
All products recommended by Engadget are selected by our editorial team, independent of our parent company. Some of our stories include affiliate links. If you buy something through one of these links, we may earn an affiliate commission.