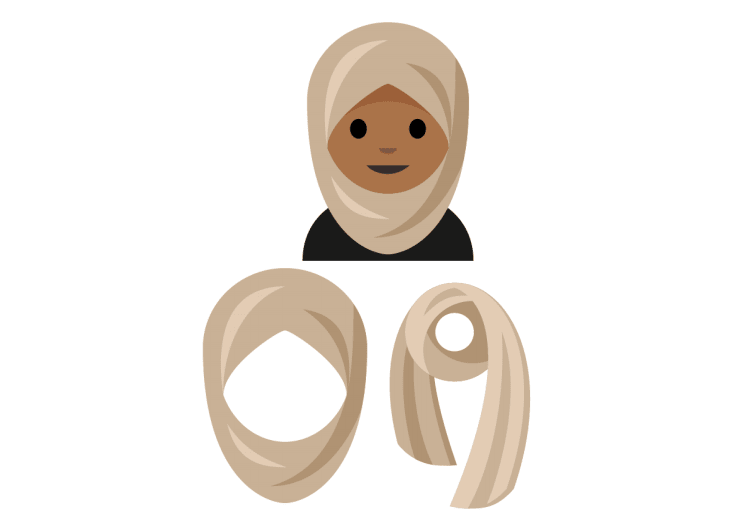 Unicode, the controlling group behind the emojis populating our phones and computers, has been working to make emoji more diverse in recent years. A whole host of skin colors have been added, and Google recently proposed adding more options for working women. In the latest draft of new proposed emoji for Unicode 10.0, there's another sign of the times: the next emoji release should include a woman wearing a headscarf (known as a hijab when worn by Muslim women).

It's a logical addition -- for women who wear them, the hijab is a big part of their visual identity, and Unicode's been working to make it so all people see themselves in the various options they offer. In addition to the face wearing a headscarf, there will also be two options showing the scarf as a loose item of clothing as well as in a "ghost" form where there isn't a face visible.

There's no word on when Unicode 10.0 will be released, but there are plenty of new emoji coming in the 9.0 release which is expected to arrive soon. Among those are a shruggie guy, facepalm and selfie emoji. One might argue the hijab should have been added before these, but at least it's coming eventually. As for what else may arrive with 10.0, we can look forward to a flying saucer, a pretzel, some dinosaurs and a zombie, among many others.

Via: The Telegraph
Source: Unicode
In this article: culture, emoji, headscarf, hjiab, mobile, unicode
All products recommended by Engadget are selected by our editorial team, independent of our parent company. Some of our stories include affiliate links. If you buy something through one of these links, we may earn an affiliate commission.