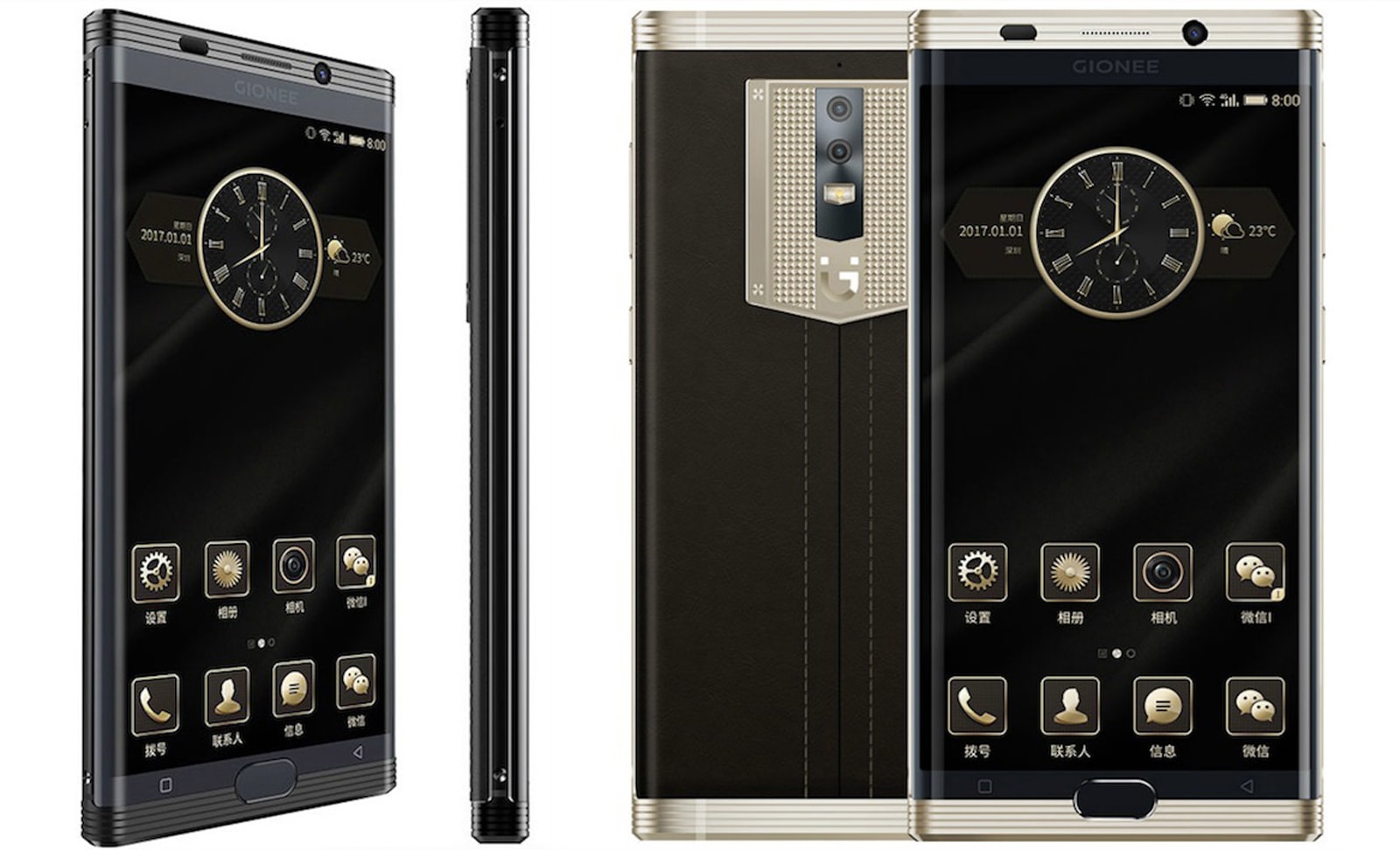 Many luxury smartphone makers see their work mainly as a matter of wrapping an ordinary device in upscale materials, maybe adding a concierge service and calling it a day. Gionee, however, is taking a different approach: it's giving you one huge feature that gives you a clear reason to pay a premium. It just launched the M2017, a metal-and-leather 5.7-inch phone whose centerpiece is its enormous 7,000mAh battery. Yes, there's a real chance that it has a larger power pack than your tablet. The company estimates that it'll last for nearly 32 hours of talk time and 26 hours of non-stop video, or enough to get you through a few days of moderate use. If you're a jetsetting business type (Gionee's target market), you might never need to plug in during that all-important day trip.

Thankfully, the M2017 is (mostly) above-average beyond its epic longevity. It packs a curved quad HD AMOLED screen that's bound to be noticed, a hefty 6GB of RAM, at least 128GB of storage, a front 8-megapixel camera and two rear cameras (12MP and 13MP) that promise an iPhone 7 Plus-style 2X optical zoom. You get a front-facing fingerprint reader, too. About the only major head-scratcher is the use of a mid-range Snapdragon 653 processor. While that's not a slow part by any stretch, it probably wouldn't have killed Gionee to include a Snapdragon 821 and deliver performance that matches the battery life.

When the M2017 goes on sale in China on January 6th (an international release isn't likely), it'll start at RMB 6,999 (about $1,007) for a 128GB version and jump to RMB 16,999 ($2,446) for a 256GB model. This isn't the most expensive phone on the market by any means -- it's closer to mainstream devices than the several thousand dollars you typically pay for posh handsets from the likes of Vertu and Lamborghini. It's far from a trivial purchase, however, and Gionee is clearly betting that you're willing to spend a lot to both flaunt your success and use your phone non-stop.

Via: Engadget Chinese (translated)
Source: Gionee
Coverage: Times News
In this article: android, china, gear, gionee, luxury, m2017, mobile, smartphone
All products recommended by Engadget are selected by our editorial team, independent of our parent company. Some of our stories include affiliate links. If you buy something through one of these links, we may earn an affiliate commission.