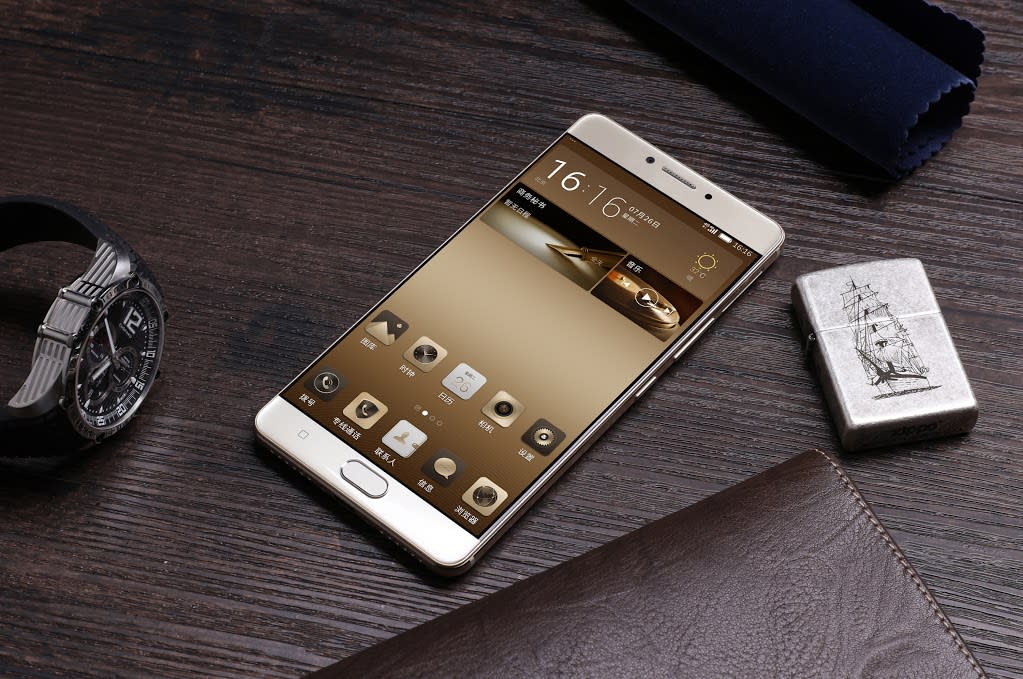 Chinese phone manufacturer Gionee has unveiled a new flagship phone in the form of the M6 and M6 Plus, and it might bring other smartphones to mind. Both models of the new phone will feature various features meant to make it stand out from the crowd, namely in the form of a special encryption chip.

But while it's meant to offer additional encryption and safety for users, it also succeeds in keeping quite close to both Huawei and Apple designs in terms of hardware. Even a quick glance at the phone brings Huawei's product to mind, but then the phone also looks quite sleek. It's not about how it looks, however -- it's about functionality, with Gionee noting the pitfalls of some privacy and security efforts of its competitors. It hopes to circumvent security issues that exist with the iPhone's lock screen, for example, noting that after someone gets past that, the rest of the information on the phone is then freely accessible.

The phone will feature on-chip data encryption, a massive battery that offers up to 55 hours of call time and 794 hours of standby time. Interestingly, you can use the phone to charge other electronic devices as well. The massive battery and the alternative approach to security make Gionee's product a unique one, but if you're interested in checking it out you'll have to pony up about $404 for the Gionee M6 and $449 for the M6 Plus. Even the marketing on the phone's official page looks familiar -- Apple, anyone?

In this article: china, encryption, gear, Gionee, mobile, security, smartphone
All products recommended by Engadget are selected by our editorial team, independent of our parent company. Some of our stories include affiliate links. If you buy something through one of these links, we may earn an affiliate commission.