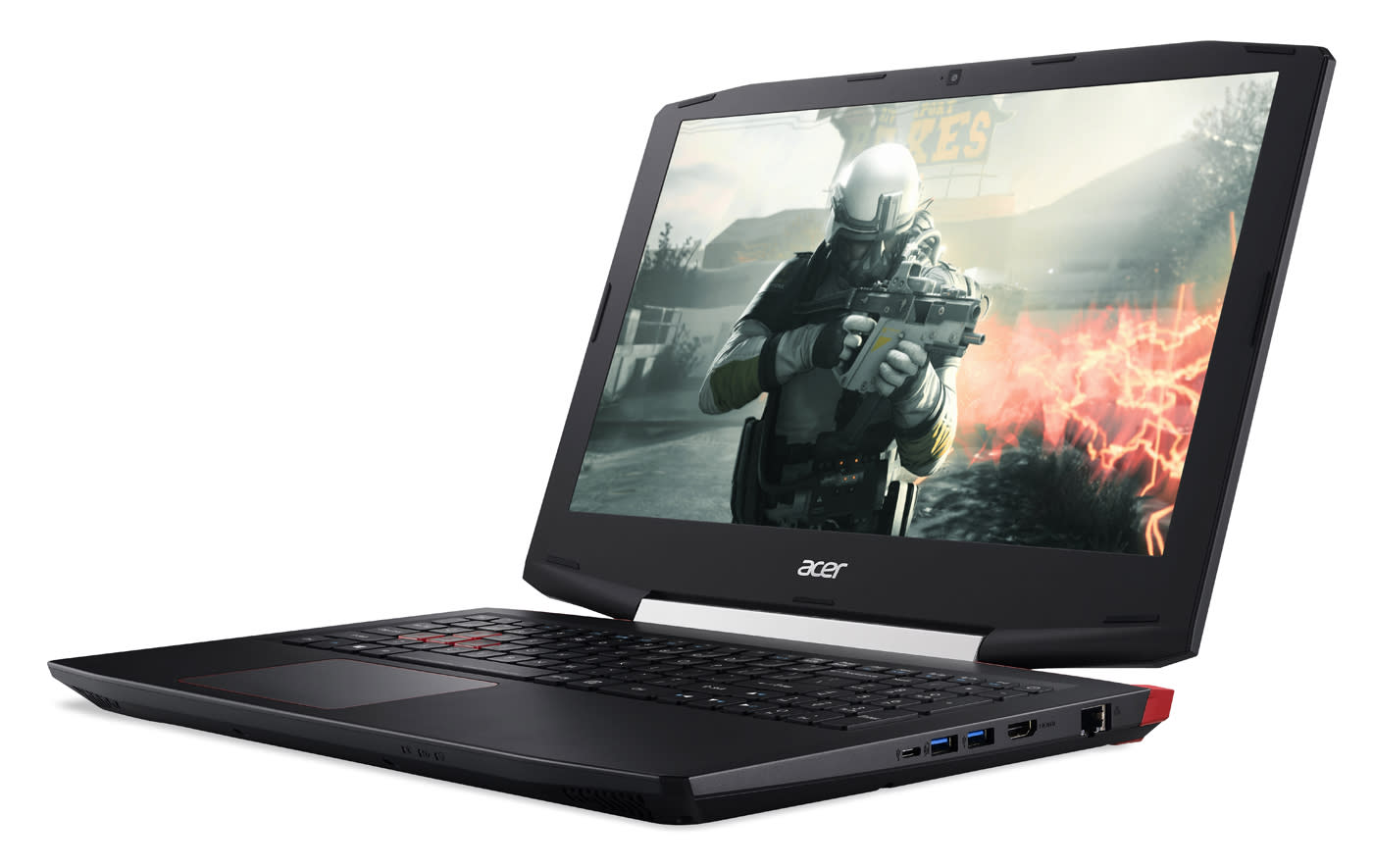 If Acer's $9,000 Predator laptop has you in sticker shock, take a breath: The company also trotted out some affordable gaming notebooks at CES. Specifically, the company is rolling out a refresh of its Aspire V Nitro laptops, outfitting 15- and 17-inch models with new seventh-generation Intel Core i7-7700HQ processors, NVIDIA GeForce 1060 or 1050 graphics, built-in Tobii eye-tracking and up to 16GB of RAM. The internals aren't the only upgrade, either: The new Nitro also features a USB-C port, a fingerprint sensor and the option for a 3,840 x 2,160 UHD display. The new models, dubbed the Nitro 'Black Edition' start at $1,199. Looking for a powerful notebook for a little less? Acer has one more choice for you. The new Acer VX 15 trades the inconspicuous chassis of the V Nitro for a red-tinted frame, a slightly less powerful GPU and a much cheaper $799 starting price. Even so, the VX is no slouch. The VX's NVIDIA GeForce GTX 1050 Ti GPU lends it enough power to play modern games, though it probably won't hit maximum settings in games like The Witcher 3 or Titanfall 2. Still, with 16GB of RAM, a 1TB HDD and the same Core i7-7700HQ CPU found in the Nitro laptops, it's a powerful machine for the price.

Finally, Acer is rolling out a new desktop PC at CES: the Aspire GX series. These machines will ship with seventh-generation Intel processors, up to 64GB of RAM, NVIDIA GeForce GTX 1070 graphics and a bevy of storage options. That's enough power to drive a modern VR headset! Starting at €799 in Europe, the GX isn't too expensive either, though we've yet to see how US pricing shakes out.

Click here to catch up on the latest news from CES 2017.
In this article: acer, aceraspire, acergx, acervnitro, acervx, aspire, aspiregx, aspirevx, ces, ces2017, gaming, gaminglaptops, laptops, nvidia, personal computing, personalcomputing, vnitro, vrready, vx
All products recommended by Engadget are selected by our editorial team, independent of our parent company. Some of our stories include affiliate links. If you buy something through one of these links, we may earn an affiliate commission.