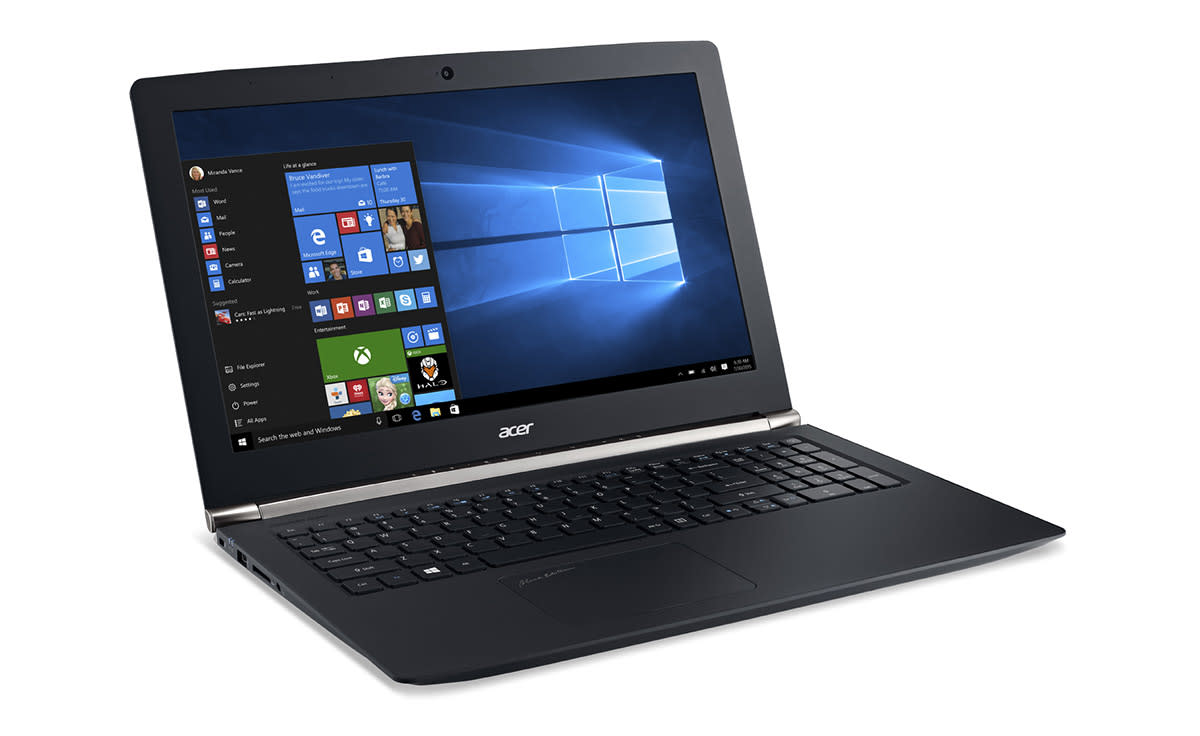 Acer has revealed its latest Aspire V Nitro notebooks that are aimed at gamers -- without looking like gaming laptops. Dressed in basic-black, tapered cases, the 15- and 17-inch models still bring the latest Intel Skylake sixth-gen Core i7 and i5 mobile chips and NVIDIA GTX960M graphics with up to 4GB of RAM. You also get up to 512GB of M.4 SSD storage (2TB if you opt for hard disks), 32GB max of DDR4 RAM, USB 3.1 Type-C ports and 40 Gbps Thunderbolt 3 on the top-end "Black Edition" models. All models can also be had with up to 4K screens. While the Nitro models are less aggressive than the Predator gaming laptops, they're not a whole lot more svelte, with some models at nearly seven pounds. The 15-inch "Black Edition" model does hit 5.07 pounds, though, meaning you can at least slip it into a (strong) shoulder bag. The promised battery life is also pretty decent for a high-powered notebook, at up to eight hours, but figure on much less for 4K gaming, obviously. The Nitro models start at $1,099/€999 for the 17-inch model and $999/€899 for the 15-incher, but we'd count on a lot more than that if you want to configure it with discrete graphics, extra RAM and an M.2 SSD. They'll arrive in Europe in September and in North America in October.

In this article: 15-inch, 17-inch, 4K, acer, AspireVNitro, BlackEdition, GTX960M, ifa, ifa2015, NVIDIA, Skylake, UltraHD
All products recommended by Engadget are selected by our editorial team, independent of our parent company. Some of our stories include affiliate links. If you buy something through one of these links, we may earn an affiliate commission.