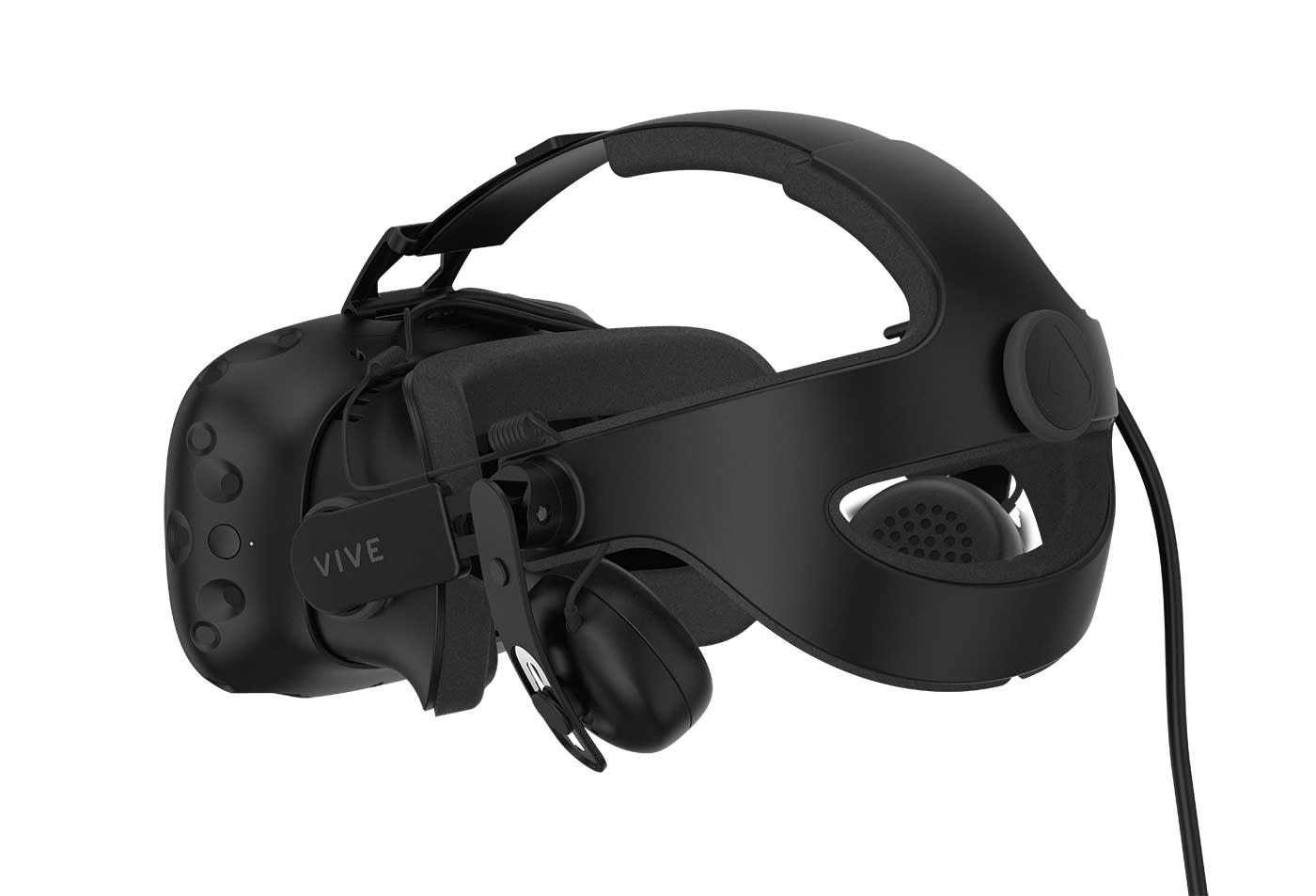 Compared with Playstation VR and the Oculus Rift, HTC's Vive virtual reality headset is a bit of a face-hugger. It offers a window into beautiful virtual realms and boasts room-scale motion-tracking but, well, it's just not very comfortable. Soon, that may change. HTC just announced it's creating a Vive Deluxe Audio Strap to replace the headset's elastic headgear. Not only does the new strap look a lot more ergonomic, but it tacks on one of the Oculus Rift's most convenient features: built-in headphones. At a glance, the new Vive head mount looks like a cross between the Rift's ridged strap system and PlayStation VR's adjustable plastic band. It reaches over the user's head, like the Rift and the Vive's existing soft straps, but still features an adjustable sizing dial for tightening the band. That should be a marked improvement over the Velcro belt adjusters that come with the stock band. HTC didn't say much about the head strap's included headphones, but they seem to be a removable on-ear solution, not unlike what ships with the Oculus Rift. In other words, you'll still be able to use your own headphones if the built-in audio isn't to your liking.

At the end of the day, this still leaves the HTC Vive as a heavier VR headset than its competitors -- but it could go a long way toward mitigating the Vive's biggest flaw. How much that fix will cost you is still up in the air; HTC says the new headgear is scheduled to ship sometime in Q2, but isn't willing to share its price tag just yet.

In this article: av, ces, ces2017, ergonomics, games, gaming, gear, headmount, headstrap, htc, htcvive, steamvr, virtualreality, vive, vivedeluxeaudiostrap
All products recommended by Engadget are selected by our editorial team, independent of our parent company. Some of our stories include affiliate links. If you buy something through one of these links, we may earn an affiliate commission.