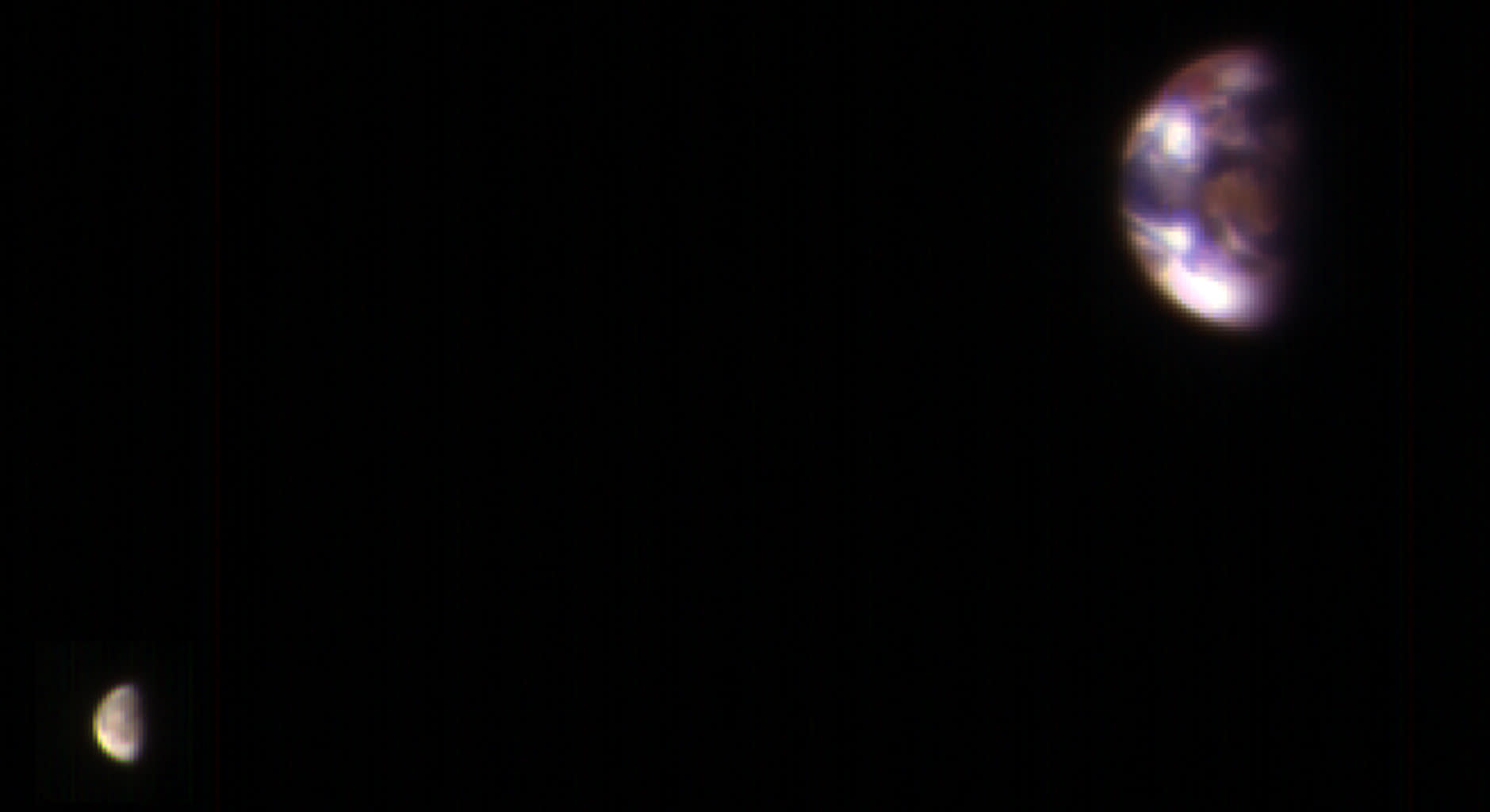 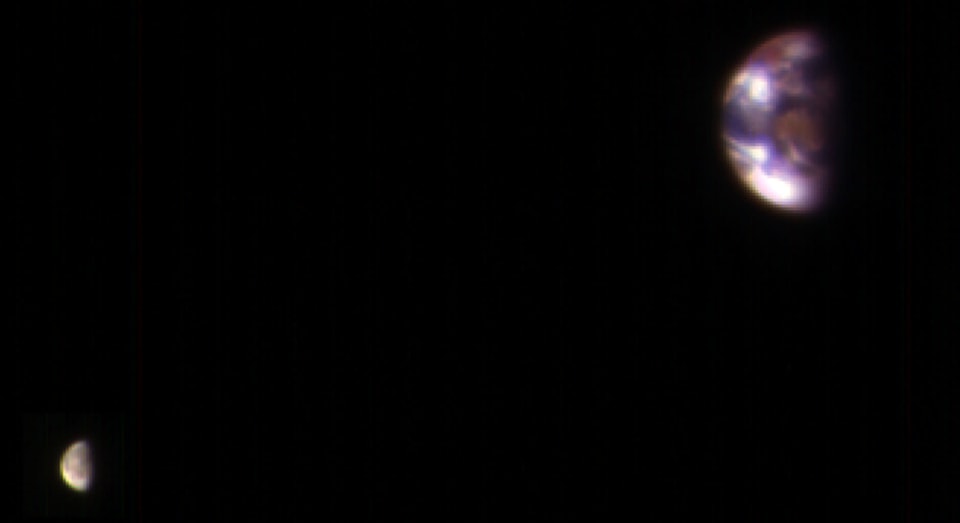 The pale blue dot we call home is back in the limelight again. The Mars Reconnaissance Orbiter grabbed a shot of Earth and our moon with its High Resolution Imaging Science Experiment (HiRISE) from a pretty staggering distance late last year. Now, it might look a little pixelated at first, but you need to understand the circumstances before casting judgment.

This photo was taken at a distance of 127 million miles last November 20th, according to NASA. That's roughly 1.4 times the distance between Earth and our star. What's more the photo is a composite of two pictures that were taken in an effort to calibrate the instrument.

"For presentation, the exposures were processed separately to optimize detail visible on both Earth and the moon," NASA writes. Otherwise, the moon would be too dark to see in a single exposure. It's important to note that this is a common technique for photographers of any type -- basically, it's an HDR photo.

The aeronautics agency says that the positioning between Earth and the moon is correct, as are the sizes, despite the compositing. What's more, the distance between Gaia and our moon is about 30 times that of Earth's diameter.

No, this image isn't pin-sharp, but the shots HiRISE is grabbing of the Martian surface are. Especially when it can "resolve features as small as 3.3 feet" from its spot on the Orbiter, according to Space. Try doing that with Nikon's P900 superzoom camera.

In this article: astronomy, cameras, earth, HighResolutionImaging, HighResolutionImagingScienceExperiment, hirise, MarsReconnaissanceOrbiter, moon, photography, science, space, spaceporn
All products recommended by Engadget are selected by our editorial team, independent of our parent company. Some of our stories include affiliate links. If you buy something through one of these links, we may earn an affiliate commission.