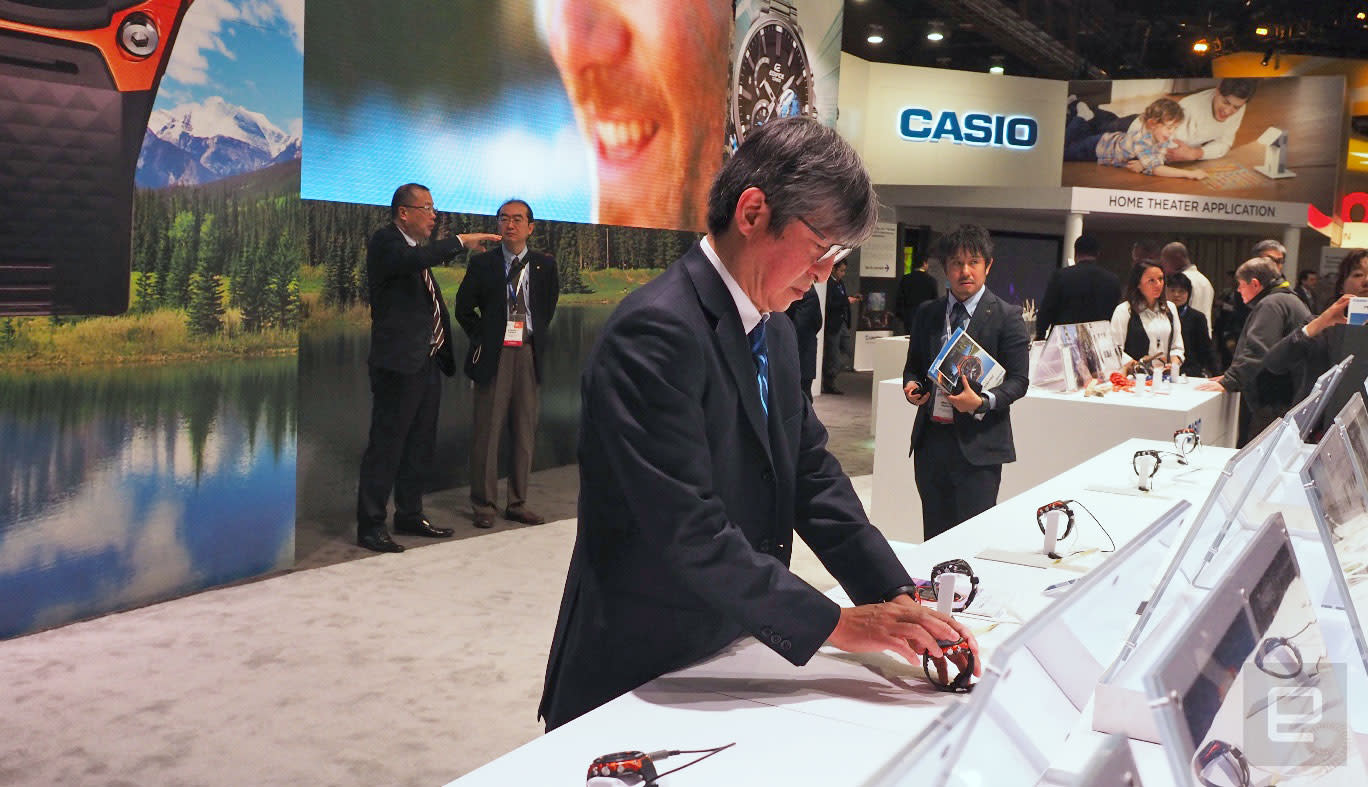 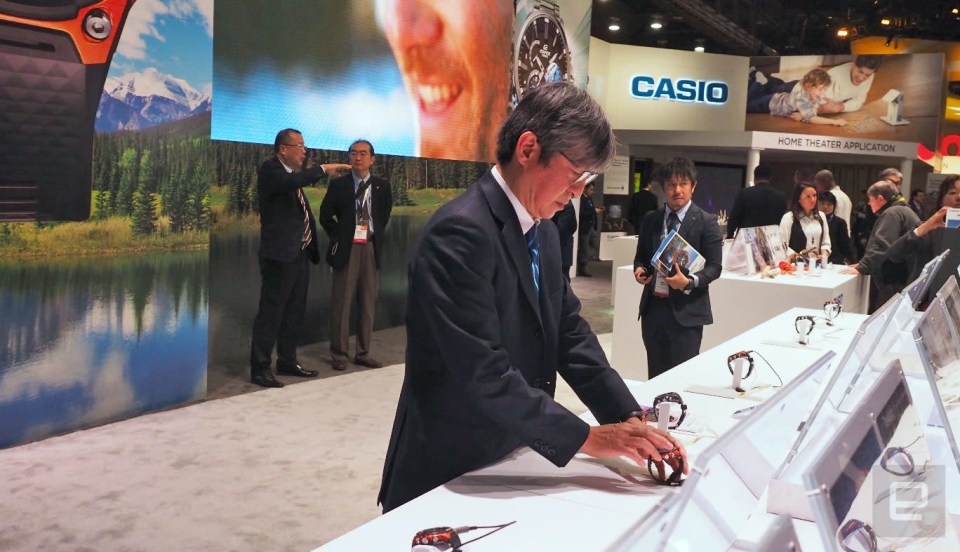 The biggest tech show in the world didn't offer that much in the way of new wearables for 2017 -- especially compared to the glut we saw in previous years. Alongside smarter Misfit and New Balance wearables, Casio launched its second-generation smartwatch. The WSD-F20, which looks similar to its predecessor, is still explicitly aimed at outdoors types, with low-power GPS and offline maps meant to ensure you can use it without tethering to your phone's internet connection.

More importantly, according to Casio President Kazuhiro Kashiro, it fulfills a purpose. "We're looking for wearable ideas that people will have a reason to use," he said. "We're not looking to make the same smartwatches as everyone else." And perhaps that's where many wearables fall short: They're trying to please too many people at once.

Mr. Kashio is the second-generation president of the company that bears his family name (it was Westernized a bit, clearly). He's been in charge for a little over 18 months -- replacing his father as president -- and the company's smartwatch series is arguably his biggest product launch since taking up the position. This year also marks the 60th anniversary of Casio, a company synonymous with early calculators and digital watches -- some of the first gadgets many of us owned.

Casio is aware of the pressure to stay nimble. "We're at a point where most electronics makers have to continuously keep moving and changing," Kashio said. "Upgrading facilities, changing business models, creating new business."

The smartwatch is a new business that plays to what Kashio calls the company's major strength: watches. "When it comes to [smartwatches], I believe if you're not already making watches and mobile devices, it's hard to make something good." The company also has a bit of a crazy streak when it comes to its timepieces. It's made rumblepack game watches, magic-trick watches and even models packing IR temperature sensors. Its smartwatches, so far, have been relatively sensible in comparison.

"This is still just the start for smartwatches," said Kashio. "I'm sure the Apple Watch is selling well, but it's all very new. We're aiming to lead here." Kashio mentioned Apple's foray into wearables several times during the interview, particularly as an example of the issues that wearables face in general. According to Kashio, "There's nothing that stands out from the major smartwatch makers." The company says when it designed its first smartwatch, it brought in know-how from its influential G-Shock series, as well as its lesser-known but established Pro Trek outdoor watch line. This won't be its only family of smartwatches either. Kashio tells Engadget the company is looking to approach specific needs with every wearable the company decides to make.

Casio has tapped into its digital-watch expertise, adding a secondary low-power monochrome digital watch face that's layered atop the color Android Wear screen. The watch itself is indistinguishable from the company's chunky G-Shock watches. It doesn't look like an awkward slab of early adopter tech on the wrist, but that cuts both ways—it's not subtle, either. Metallic orange isn't a color choice for everyone, and even if you choose the black option, it's a pretty hefty watch.

Click here to catch up on the latest news from CES 2017.
In this article: casio, ces, ces2017, gear, google, interview, kashio, smartwatch, wearables
All products recommended by Engadget are selected by our editorial team, independent of our parent company. Some of our stories include affiliate links. If you buy something through one of these links, we may earn an affiliate commission.