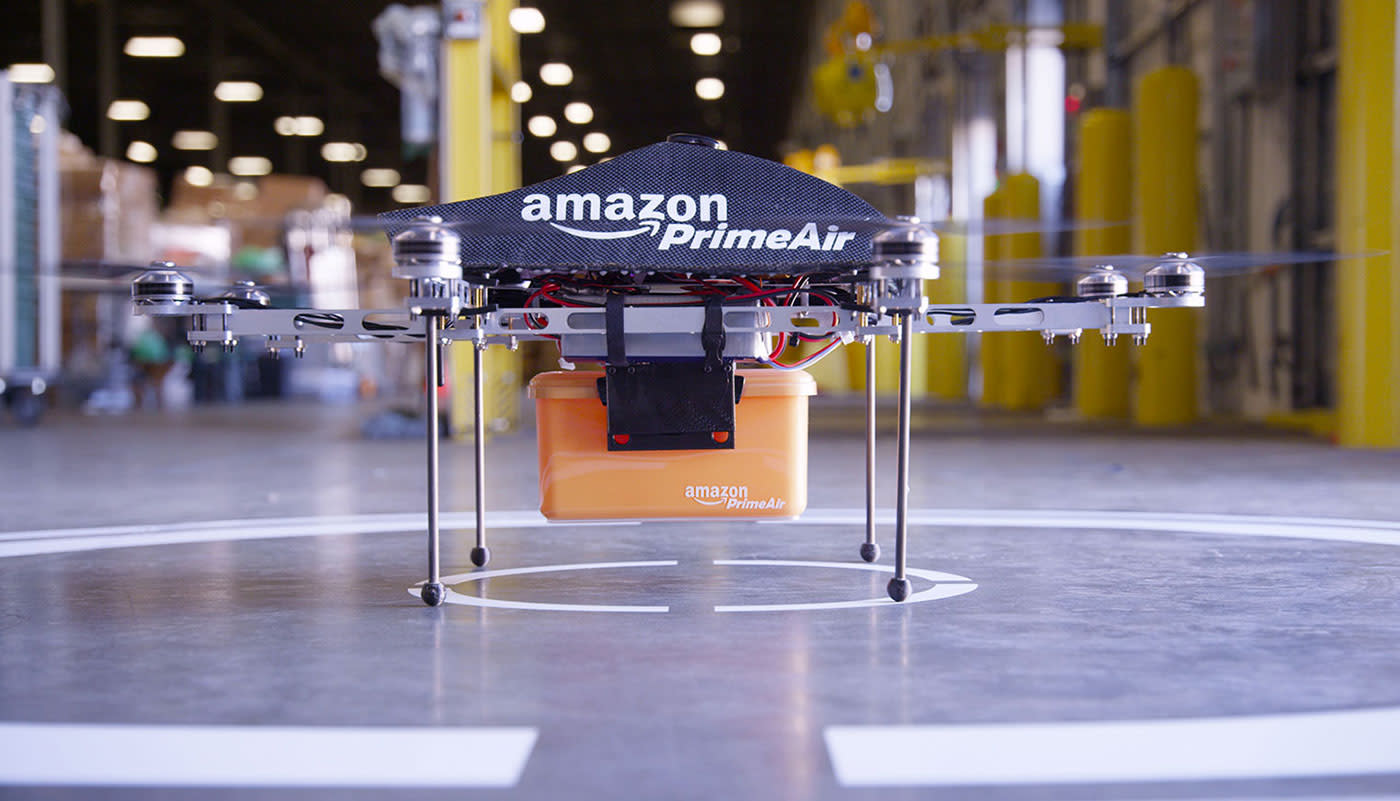 Amazon has a mysterious experimental project that it wants to start testing, based on the application it sent to the FCC that Business Insider found. The e-commerce giant has requested for permission to test a wireless communication technology for five months in preparation for research scheduled next year. It kept the application pretty vague, only mentioning that it involves "prototype equipment and associated software designed to support innovative communications capabilities and functionalities."

Since Amazon listed Neil Woodward as a contact for the filing, the technology could have something to do with Prime Air. Woodward was a NASA astronaut who's now the company's program manager for its delivery drone's flight tests and safety efforts. BI suggests the possibility that the technology is a wireless means to control Amazon's drones, though it could also be for any of the company's mobile devices. Whatever it is, the company plans to conduct initial tests indoors near its facilities in Seattle. After that, we might finally be able to get a glimpse of those mysterious prototype equipment when the company begins its outdoor test run near its facilities in Kennewick, Washington.

In this article: amazon, business, drone, fcc, gear
All products recommended by Engadget are selected by our editorial team, independent of our parent company. Some of our stories include affiliate links. If you buy something through one of these links, we may earn an affiliate commission.