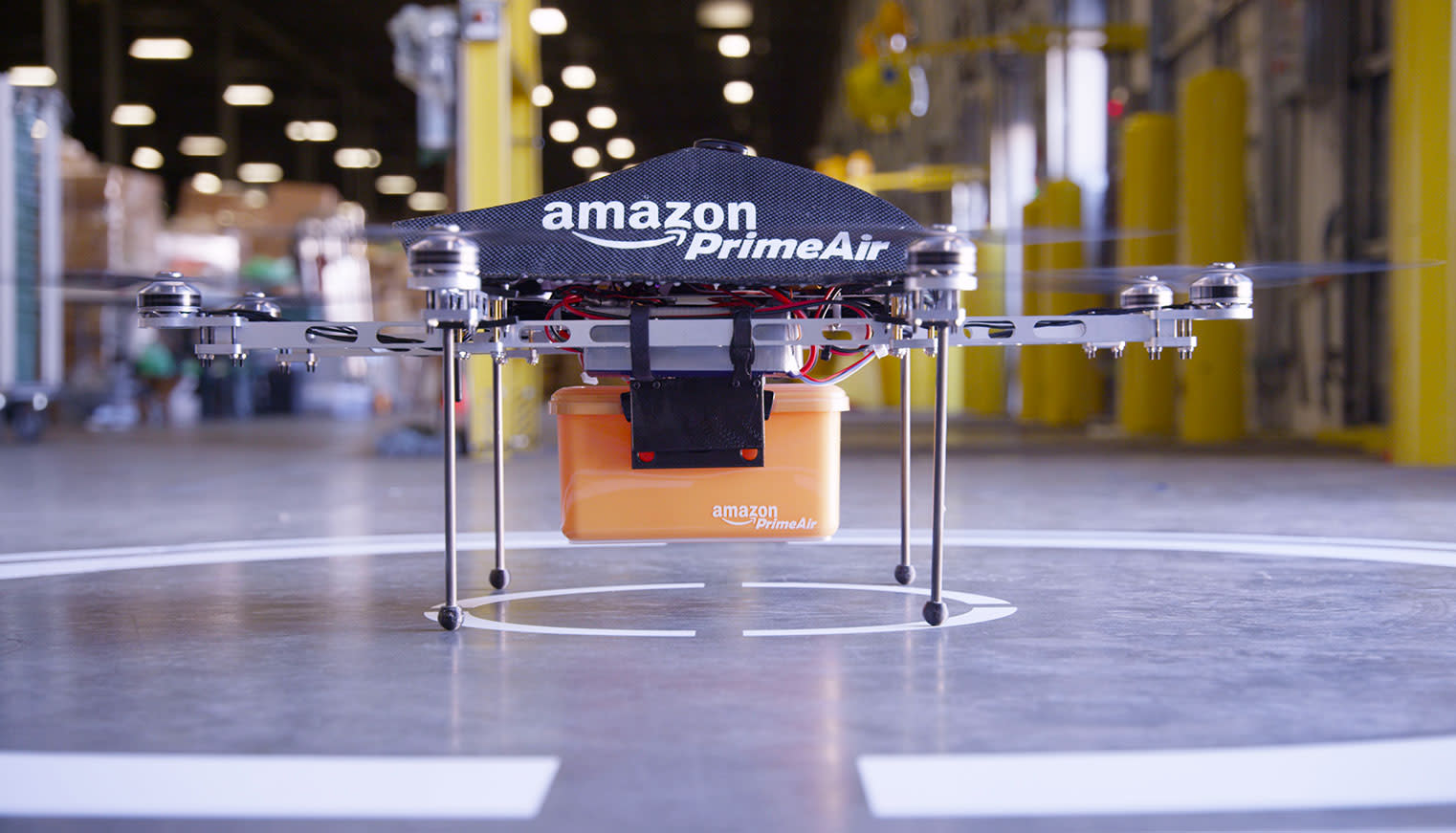 It's already been three years since Amazon first revealed its somewhat audacious plan to make deliveries by drone. But the company is quite serious about this, and today it is announcing that it completed the first Amazon Prime Air delivery on December 7th. The shipment, which took 13 minutes from order to delivery, was sent to a customer in Cambridge, England, where Amazon is operating a custom-built fulfillment center.

Amazon's video about the project says that it's only servicing a few customers in the area right now, but will soon be open to dozens more who live within a few miles of the Cambridge fulfillment center. Once an order is placed and packaged up, a drone is loaded up and sent out from the facility on a motorized track. From takeoff, it flies at heights up to 400 feet to make the delivery and then return to the facility.

This Cambridge beta program has been in the works for a long time now; recently it was revealed that Amazon has been operating a secret lab in the area to get ready for the launch of Prime Air. Amazon's page detailing this first delivery notes that the company also has Prime Air labs in the US, Austria and Israel as well as the United Kingdom, so we may hear news about test deliveries in those areas sooner or later as well.

Amazon's FAQ page answers a few other questions about its drone delivery system. For starters, drones are only allowed to fly during daylight hours when its sunny -- rain, snow or icy conditions will ground them. As for how Amazon's drones will work in airspaces with other vehicles, the company says it believes drones should operate in a separate airspace where only small unmanned vehicles can operate. Amazon says airspace access should be "determined by capability" -- the company envisions the low altitude space it is operating in should be reserved exclusively for drones similar to what it plans to deploy.

With only a couple customers able to receive Prime Air deliveries, we're a long way out from this becoming a reality. But the company says that "one day, seeing Prime Air vehicles will be as normal as seeing mail trucks on the road." It's a big goal, but it's going to be a lot harder to manage drone deliveries in London than it is in the peaceful pastures of Cambridge.

In this article: amazon, amazonprime, culture, drone, dronedelivery, primeair, robots, TL16PrimeDrone
All products recommended by Engadget are selected by our editorial team, independent of our parent company. Some of our stories include affiliate links. If you buy something through one of these links, we may earn an affiliate commission.