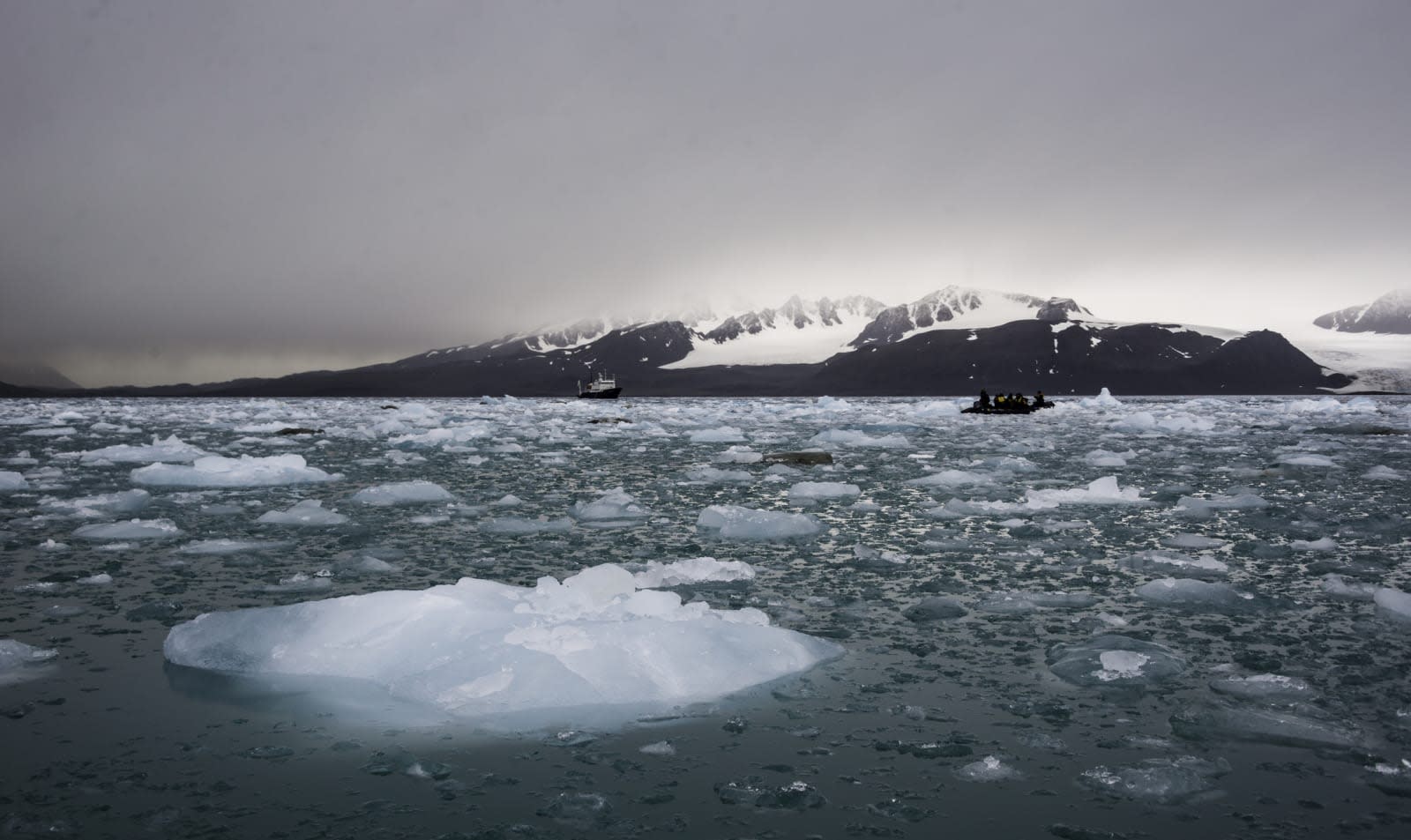 The world climate has passed another troubling milestone this year: global sea ice levels are at the lowest level ever recorded. New research from the US National Snow & Ice Data Center in Boulder, Colorado indicates that the normal winter buildup of floating ice around the arctic simply isn't happening this year, though it might not be exclusively because of global warming.

There's little debate that the Earth's 1 degree temperature rise over the last century has drastically impacted sea ice levels over the past few decades. Researchers discovered a massive portion of the West Antarctic ice sheet breaking off from the rest of the shelf back in December, which followed the breakaway of a 225 square mile piece of the Pine Island Glacier the year before.

However, an atmospheric oddity may also have contributed to this year's diminutive ice buildup. Researchers did notice a drop off in the amount of arctic winds in November, which in turn allow relatively warmer air to collect near the northern pole and hamper ice formation. What's more, all that warm air sitting in the arctic pushes cold air out, which is why parts of Europe and Asia saw colder than normal winters this year. "It was a very exceptional month," climatologist John Turner of the British Antarctic Survey told New Scientist. "Relatively small changes in winds can have a huge effect on sea ice."

Researchers did note that ice formation in the arctic may rebound slightly in the coming years, but overall levels at both poles are still declining at an alarming rate.

In this article: Asia, boulder, British Antarctic Survey, colorado, Europe, green, NASA, Pine Island Glacier, science, WestAntarcticIceSheet
All products recommended by Engadget are selected by our editorial team, independent of our parent company. Some of our stories include affiliate links. If you buy something through one of these links, we may earn an affiliate commission.