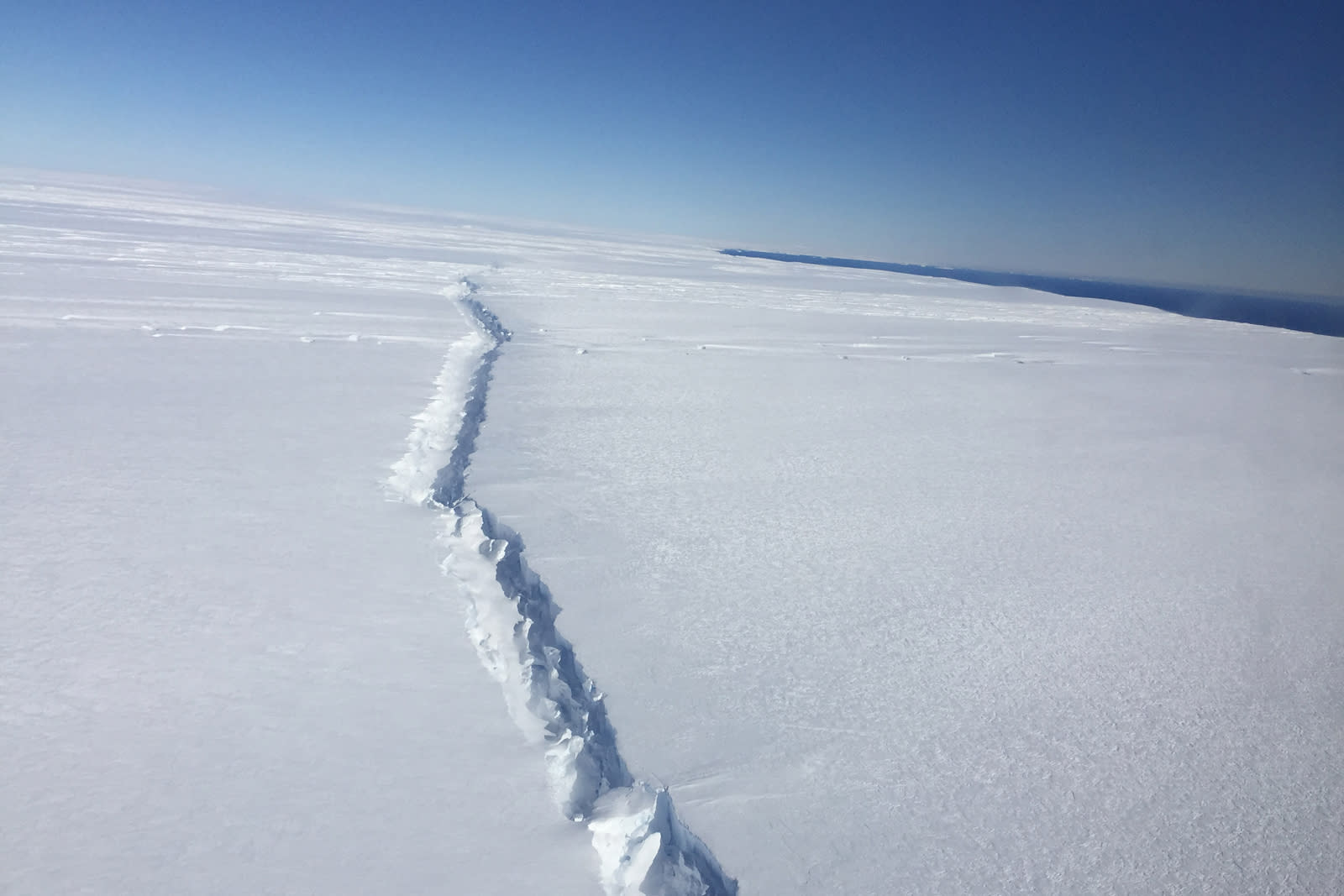 When a giant (225 square mile) slice of Antarctica's Pine Island Glacier broke off in 2015, scientists wondered exactly what caused it. Well, they now have an explanation... and it's not very reassuring. They've determined through satellite imagery that the break started when a rift was formed at the base of the West Antarctica Ice Sheet, almost 20 miles inland, in 2013. Most likely, warming oceans intruded the sheet at the bedrock well below sea level, triggering cracks that gradually made their way upward. In other words, Antarctic ice could be much more susceptible to breaking up than it seems on the surface, and that separation may be happening faster than researchers expected.

There's still a lot left unanswered. The discoverers want to know just how these rifts get started, and determine their overall effect on the stability of ice shelves. That will require data collected from the air and on the ground, not just in space. And that may be difficult for US researchers when the incoming Trump administration appears bent on shutting down "politicized science" -- that is, anything which studies the causes of climate change. The US and UK are already teaming up on field research in the area, however, so they'll likely have more info regardless of long-term American science funding.

If the glacier break is a sign of things to come, it reinforces predictions that humanity is in for a rough ride as the Earth warms up. Scientists believe that the entire West Antarctica Ice Sheet is likely to collapse within the next 100 years, sending a massive volume of water into the sea. That would be enough to raise the global sea level by almost 10 feet and flood coastal cities. The newly analyzed satellite data suggests that the collapse could happen sooner than later, and possibly within your lifetime.

In this article: antarctica, christmas, climatechange, environment, globalwarming, green, ice, science
All products recommended by Engadget are selected by our editorial team, independent of our parent company. Some of our stories include affiliate links. If you buy something through one of these links, we may earn an affiliate commission.